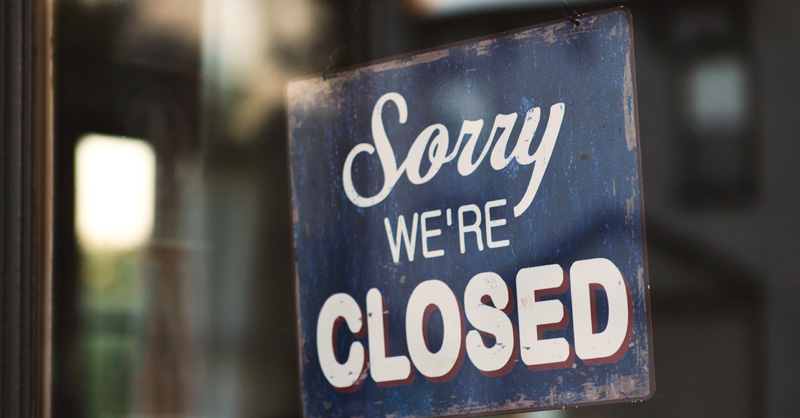 The US Federal Reserve and the international Financial Stability Board are looking into the possibility that bankruptcies, especially among small businesses, will swell next year, the Fed’s top regulator said.

The current consensus, Fed Vice Chairman for Supervision Randal Quarles said, is that bankruptcy filings will increase as a result of the pandemic but not overpower the financial system.

“Has the success of official intervention delayed an inevitable wave of bankruptcies of firms, especially small firms, instead of happening over the course of the summer?” he asked at a conference. “We thought we’d see this in the third or fourth quarter, but it’s not happening.”

Quarles continued: “Our best estimate currently is that, at least in the US, we will certainly see some of that, but it will not be a systemically disruptive phenomenon. It certainly won’t overwhelm the system.”

The Fed official, who also heads the Basel-based Financial Stability Board, didn’t address more specifically the increase this year in large US companies’ bankruptcy filings that seek a corporate restructuring.

Big US companies’ Chapter 11 filings were up about 200 percent between January to August from the year before, a Harvard Business School study said.

However, these businesses “have continued to seek and receive relief from the bankruptcy system as they would during a normal recession,” according to the October study.

Another study, by Cornerstone Research, found 31 filings by companies with over $1 billion in assets in the second quarter and 15 in the third quarter. In contrast, the number of filings averaged only five a quarter among companies that size during the 2005-2019 period, according to the October study.

These “mega bankruptcies” were concentrated in two industries: retail trade; and mining, oil and gas. They accounted for 58 percent of the bankruptcies in the first through third quarters.

Companies with more than $100 million in assets also filed for bankruptcy at a rate several times higher in the first through third quarters than they did from 2005-2019.

The largest bankruptcy in the first three quarters was filed by Hertz, which had $26 billion in assets at filing time, the study said.

Among the better known companies that have filed for bankruptcy since the start of the pandemic are Neiman Marcus, JCPenney, Lord & Taylor, Gold’s Gym, J. Crew, CMX Cinemas and Dean & DeLuca.