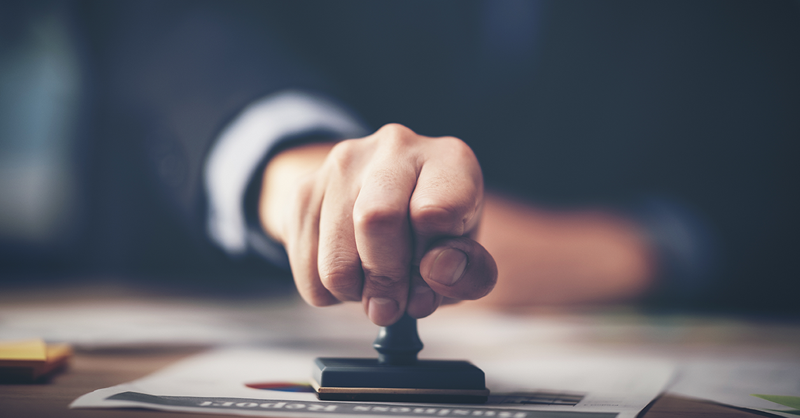 The legal entity identifier’s future as an international risk-management tool rests on whether firms will boost their “limited” adoption rates and reverse their tumbling renewal rates, the global organization that promotes the business barcodes was told.

Vivienne Artz, the vice chair of the risk committee at the Global Legal Entity Identifier Foundation, told its board: “The highest risks continue to be limited LEI growth and the LEI renewal rate falling below 70%.”

Artz, a managing director at the London Stock Exchange Group, added: “The committee believes GLEIF has appropriate plans in place to address each.”

The LEI issuance rate has slid since mid-2018, and the annual renewal rate among firms with tag registrations has declined to below 70 percent in 2020 and 2021.

Artz’s comments at the December 2021 board meeting were posted recently by Basel-based GLEIF. The nonprofit foundation was created in 2014 by the Financial Stability Board, the regulatory coordinator for the Group of 20 economic powers, to promote firms’ adoption of the 20-digit codes.

GLEIF spokeswoman Ines Gensinger said today that the risks cited by Artz relate to the organization’s revenue, “which is directly linked to LEI growth and renewal.” The renewal rate, the spokeswoman said, is tied to the timeliness of the LEI and “ensures data quality.”

The spokeswoman added that the initiatives cited by Artz “are intended to improve growth and renewal by reducing fees to legal entities for registration; motivating users of the LEI and LEI reference data to invest in changing legacy; and presenting a stronger value proposition for the LEI holders.”

The growth rate for LEI issuance has slowed considerably since the first half of 2018.

Europe’s revised Markets in Financial Instruments Directive, or Mifid II, contained mandatory adoption requirements that led to a doubling of LEI issuance in 2017, and then a 25 percent increase on top of that, to 1.2 million, in the first half of 2018.

Since then, LEI issuance has increased only to 2 million as of the end of 2021 — a 67 percent increase over the last three and a half years.

GLEIF Chief Executive Stephan Wolf has declared a goal of 20 million issuances — 10 times the current number — to financial market participants in the next few years. But the group has expanded its sight to include all businesses, according to spokeswoman Gensinger and GLEIF documents. That would be a total of 213 million companies worldwide, according to Statista, the German market data company.

Firms are required to renew their LEI at the one-year anniversary of their registration to ensure that transactions aren’t completed with outdated codes.

Firms’ renewal rates have been sliding from a high of 82.6 percent at 2017 year-end to 66.1 percent at 2021 year-end, according to data maintained by Allan Grody, owner of New York-based Financial InterGroup consultancy and publisher of the LEI Research Note newsletter. The rate was 67.1 percent at the end of 2020.

Grody, a former member of two Financial Stability Board advisory panels, voiced skepticism that GLEIF could ever overcome threats to the barcode’s success as a universal tool to track the aggregation of firms’ risks.

“I think it was a flawed concept from the beginning,” he said. “There is no universal regulator to mandate a universal legal entity identifier. They had the bully pulpit but not any legal ability to get this done.”

In addition to risks mentioned by Artz, Grody said, GLEIF success hinges on being able to relate a firm that has an identifier to its parent company so that the entire corporation’s risks can be aggregated. “So far, this is further away from being realized,” he said.

GLEIF plans cited by Artz include a digitally verifiable credential containing the LEI. This “vLEI” would “create a fully digitized LEI service capable of enabling instant and automated identity verification between counterparties operating across all industry sectors globally,” according to a 2020 GLEIF release.

Another plan would allow firms involved in identity verification to obtain LEIs for their clients in cooperation with accredited LEI Issuer organizations. This “validation agents” plan is designed to create a “more efficient LEI issuance process,” according to another GLEIF release.

Still another GLEIF plan involves bulk issuance, in which LEI registrations can be initiated in bulk to issue a large number of the codes for organizations, trusts and funds.

As of the end of 2020, 66 percent of LEIs were in Europe, where firms have been more subject to regulatory mandates. About 16 percent were in North America, where LEI adoption aside from derivative market participants has been mostly voluntary. At the end of 2021, firms’ LEI adoption in China and India increased substantially.

The LEI system was created in the wake of the 2008 financial crisis, when it took regulators months to track down Lehman Brothers’ counterparties after its collapse.