US Facebook lawsuits surpass anything EU has tried against Big Tech 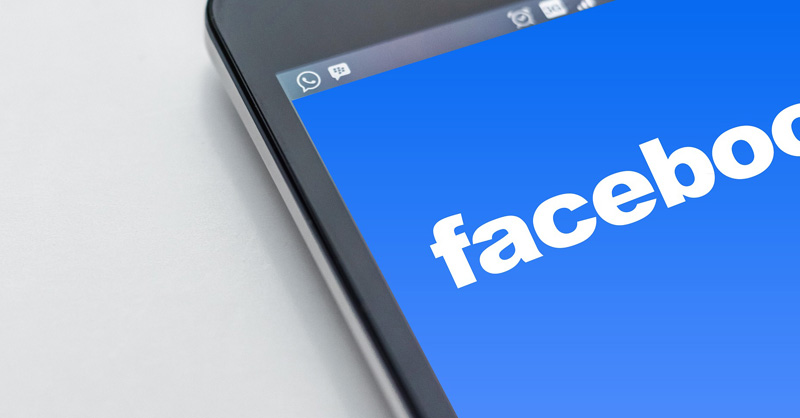 Facebook says its goal is to “bring the world closer together.” It appears to be succeeding.

When the FTC and 48 US state and territorial attorneys-general took the tech giant to court yesterday for monopoly abuses, it signaled the end of an era.

No longer can it be said that the EU cracks down on tech monopolies while US politicians cry foul.

The ambition of the lawsuits — including the potential breakup of Facebook’s business, vetting of its future acquisitions, and a novel theory of antitrust harm centered on privacy and innovation — goes beyond anything the European Commission has attempted so far.

With Joe Biden poised to occupy the Oval Office, the European Commission says it is hitting the reset button on the transatlantic relationship. And nothing unites people like a common enemy.

The historical irony of yesterday’s news will not be lost on Margrethe Vestager. Two successive US Presidents have taken jabs at her stance on Big Tech, seeing protectionism hiding behind antitrust.

In 2015, Barack Obama suggested her probes into the likes of Google were “more commercially driven than anything else.” And last year, Donald Trump famously said the Danish politician “hates the United States perhaps worse than any person I've ever met.”

On her first visit to Washington as competition commissioner in April 2015, Vestager was on the defensive. The visit coincided with the news that the EU was sending formal antitrust charges to Google for squeezing out rival comparison shopping services – a probe that would end in a 2.42 billion-euro fine.

Speaking to her US audience, Vestager emphasized that the EU was “indifferent” to the nationality of the companies it was investigating. There was nothing radical or new about her agenda. What mattered was the authority and credibility of antitrust enforcers.

Five years on, it seems Vestager may not just be winning that global debate, but watching the US run away with the ball.

Breaking up is hard to do

The US is seeking to undo troubling deals that EU officials have only talked about in hushed tones in closed rooms in Brussels — specifically Facebook’s acquisition of Instagram and WhatsApp.

When the European Commission found out that Facebook could integrate user data from WhatsApp, it gave the company a slap on the wrist with a EUR 110 million ($133 million) fine. It has always stood by its decision to clear the transaction in the first place.

Little was done in the EU even when Facebook co-founder Chris Hughes called for Facebook to be broken up. Vestager’s response has been that such powers are a “last resort” and should rarely, if ever, be used.

While the EU labors away on its review of procedural aspects of merger control, the US is rushing to undo anticompetitive consummated deals — despite the fact it cleared them in the first place.

In an unprecedented request, the FTC asked the court to require prior notice and prior approval of Facebook's mergers and acquisitions. Here, the FTC can fall back on precedent.

The agency successfully challenged Magnesium Elektron’s purchase of its sole rival, Revere, more than five years later, and settled the case with a requirement of divestiture of assets previously acquired from Revere. Another challenge of a previously evaluated deal involved The Hearst Trust, which controlled a key drug information database and had acquired its main rival, Medi-Span, in 1998. The FTC required the Trust to divest assets associated with its Medi-Span business.

For all criticism of the EU for not having done enough about problematic Big Tech deals — an issue rearing its head again with Google’s planned acquisition of Fitbit — it has done plenty of the theoretical heavy lifting.

The EU has proven to be a thought leader. A report compiled for Vestager in April last year by a group of academics set out a theoretical framework for analyzing mergers in the digital space. And former EU chief competition economist Tommaso Valletti has been particularly vocal about “unscrambling the eggs” and the need to remedy paralyzed policy-making.

“When structure is an essential part of the problem, altering that structure should be part of the solution,” Valletti said yesterday.

If the EU’s approach to Big Tech has been firm, methodical and polite, the new Facebook lawsuits dispense with niceties. They document in great detail Facebook’s vicious expansion strategy, portraying Mark Zuckerberg as a ruthless schemer who would go into “destroy mode” and subject businesses to the “wrath of Mark” if companies didn’t accept a buyout.

US enforcers have an uphill task arguing their cases. Facebook will exploit a fact that the FTC and the states will struggle with: the WhatsApp and Instagram acquisitions, six and eight years ago respectively, aren’t based in substantial part on information that wasn’t available or obtainable by the government when it reviewed the deals.

Yet that hasn’t deterred US enforcers from being markedly aggressive in their approach.

Another striking element of yesterday’s lawsuits is their focus on the harms to privacy and innovation that arise from Facebook’s alleged monopoly – rather than the traditional focus on price.

The European Commission is in the middle of an antitrust probe into Facebook’s use of data, although it appears to be focused on control of data rather than privacy violations. Commissioner Vestager is not closed to the idea of privacy theories of harm, but so far the Bundeskartellamt has been fighting a somewhat lonely battle in this area.

In February 2019 the regulator ruled that Facebook had abused its dominance by making access to its social network conditional on allowing the company to track users’ movements across the Internet, and ordered it to stop. The case is currently under appeal.

Now the US FTC has leapfrogged its European counterparts by bringing an all-encompassing lawsuit against Facebook with privacy at its very core.

It’s evident that Mark Zuckerberg was better at seeing the future of digital markets than the enforcers that brought lawsuits against Facebook yesterday. But those enforcers now seem intent on making up for lost time.

Amazon’s Jeff Bezos, Google’s Sundar Pichai and Apple’s Tim Cook will be watching this unfold and planning their next move, knowing that instead of just the “tax lady” across the Atlantic, they now face potentially tougher enforcers at home.