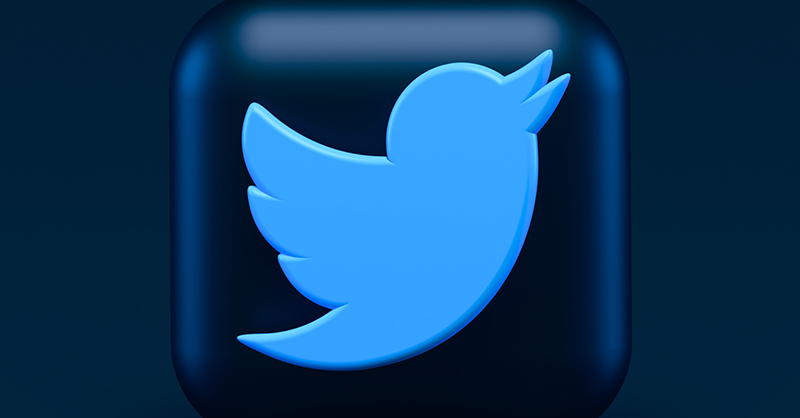 Vowing to open-source the algorithm for the Internet’s often unruly public square, Elon Musk reached a deal today to buy Twitter for about $44 billion, injecting a new unknown into the content moderation debate on both sides of the Atlantic.

Musk’s deal to acquire Twitter and take it private, in a deal he hopes to close this year, may draw the scrutiny of antitrust enforcers in the US and that could highlight a looming battle with the Federal Trade Commission over a privacy enforcement case that's been outstanding since 2020. In Europe, however, Musk may find an unexpected ally among regulators in arguing for algorithmic transparency.

One thing the man who revolutionized commercial spaceflight and electric vehicles is certain to avoid with Twitter is the status quo.

Like many conservatives in the US, Musk has repeatedly criticized Twitter for opaque ways of promoting content, saying that its reliance on a “black box algorithm” making tweets “mysteriously promoted and demoted” could be “quite dangerous.” He returned to those themes in his written statement today.

"Free speech is the bedrock of a functioning democracy, and Twitter is the digital town square where matters vital to the future of humanity are debated," Musk said in a written statement after the Twitter board unanimously approved this takeover bid just before noon today in San Francisco. "I also want to make Twitter better than ever by enhancing the product with new features, making the algorithms open source to increase trust, defeating the spam bots, and authenticating all humans."

The deal is expected to trigger a Hart-Scott-Rodino Act filing with US antitrust authorities. It’s not clear whether the Federal Trade Commission or the Department of Justice would conduct the review, or that a look at Musk’s other interests would prompt competition concerns, but the deal could still draw a deeper second request investigation.

Biden administration enforcers are signaling that they will look to push the boundaries of current law and be aggressive on mergers. Big Tech is especially in their crosshairs, and the agencies have broad latitude in deciding when to issue second requests.

“No matter who owns or runs Twitter, the President has long been concerned about the power large social media platforms have over our everyday lives,” White House Press Secretary Jen Psaki said today after the deal was announced.

An FTC review might prove difficult and expensive for Musk — Twitter's privacy conflict with the FTC over the alleged repurposing of telephone numbers provided by users for security purposes to target them with advertising still looms. Under new Chair Lina Khan, the FTC has stressed it will bring privacy issues into its merger and other competition reviews.

Musk's libertarian beliefs might take the oxygen out of Twitter’s content-moderation conflicts with conservatives after it banned President Donald Trump after the Jan. 6 attacks on the US Capital, including Twitter’s active litigation against the Texas attorney general. And in Europe, Musk and policymakers seem to be in tune with algorithmic transparency.

Both the EU's Digital Services Act, agreed over the weekend, and the UK's Online Safety Bill, making its way through the parliament, contain new transparency obligations for platforms on how they use algorithms to recommend content and product to users, as well as risk-based action to prevent them from being misused, particularly against children.

Both measures also contain provisions about regular audits, with the UK's framework introducing robust powers for the country's communications watchdog Ofcom to enter premises and conduct on-site controls with senior management under risk of financial penalties. Given his patchy record with enforcers such as the US Securities and Exchange Commission, Musk may not relish having to answer their questions, but at least the proposed regulation matches his ambition to make algorithms more transparent.

But the new regulatory focus on content moderation can also prove tricky for the new Twitter owner.

Musk has repeatedly expressed his critical view of the platform’s moderation policies. Before his stake in Twitter was announced, he asked his Twitter followers a provocative question. “Free speech is essential to a functioning democracy,” he tweeted. “Do you believe Twitter rigorously adheres to this principle?” A full 70 percent voted no.

Indeed, even in his offer to buy the platform, Musk pointedly said that Twitter should be “the platform for free speech around the globe,” raising questions about his intention to accept new moderation obligations which he is likely to see as unjustified and unnecessary interference.

The takeover comes as the EU and UK’s regulators attempt to take on not only illegal content — based on the premise that what’s illegal offline should also be illegal online — or more elusive-to-define hateful content, but in the UK’s case even “legal, but harmful” content.

This category of content has caused significant controversy, with industry figures claiming it's unclear what it should include, and rights groups saying it will harm freedom of speech.

During a recent TED event, Musk insisted he would “abide by rules,” but also hinted he would prefer a laxer approach to enforcement, arguing that “we would want to err on this; if in doubt ... let it exist.”

“If it's a gray area, I would say let the tweet exist. But obviously in a case where there's perhaps a lot of controversy that you'd not want to necessarily promote that tweet. … I'm not saying I have all the answers here, but I do think that we want to be just very reluctant to delete things and just be very cautious with permanent bans,” he said, prompting some to speculate that the new approach could result, for example, in Donald Trump’s account being reinstated to the platform.

In mid-April, Musk tweeted that “a social media platform's policies are good if the most extreme 10% on left and right are equally unhappy,” and after today’s announcement said he hoped “even my worst critics remain on Twitter, because that is what free speech means.”

Musk’s content moderation critics were already clearing their throats within hours of the deal being announced today, with groups such as Free Press proclaiming that the deal is a “step backward” for Twitter.

“With control of such a massive platform comes great responsibility — and Musk hasn’t shown he has the capacity to be accountable to this diverse online community,” said Free Press co-Chief Executive Jessica J. González.

Twitter has acknowledged in multiple US securities filings that it received a complaint from the FTC in July 2020 alleging that the company violated its 2011 FTC consent order by repurposing phone numbers that users shared for multi-factor authentication to target ads between 2013 and 2019. Twitter has set aside up to $250 million to cover fines or other regulatory costs from the FTC action.

“The matter remains unresolved, and there can be no assurance as to the timing or the terms of any final outcome,” Twitter said in its most recent securities filing three months ago. The FTC declined to comment on the situation today.

With nearly two years elapsed since Twitter received the FTC complaint and began negotiating with the enforcer, a reasonable assumption would be that the FTC has not been willing to settle for $250 million, and that an expensive court battle remains a possibility. That looming uncertainty about the legal costs Twitter may face would have to have been a factor in Musk’s calculations about buying Twitter.

The FTC said in the original 2010 complaint that Twitter failed to keep private Tweets that users designated as “private.” Twitter agreed to settle in 2011 in exchange for a 20-year consent order. But violation of those orders now carries penalties of up to $46,517 per violation, per day — a penalty that could theoretically reach into the tens of billions of dollars if multiplied by the number of affected US users over the six years between 2013 and 2019.

Musk became the world’s wealthiest man by leading Tesla and SpaceX in ways that broke the mold for carmakers and aerospace firms, often pushing the regulatory envelope beyond what his competitors would countenance.

It’s unclear whether Musk will find the same success in leading a social media company, where the regulations until now have been entirely self-imposed. Twitter wants free speech but doesn’t want to offer a free haven for racists and bullies, since both will chase away users and advertisers. Its rules for content moderation aren’t an imposition from bureaucrats who Musk can dismiss as distant and out of touch. They grew from inside the company after years of internal tradeoffs between its free-speech ethos and the imperatives of serving the entire public — not just its loudest elements.

There is no Department of Social Media for Musk to rage against. There’s only Twitter itself.

—With reporting by Khushita Vasant in Washington.