With Axon case, high court could deal FTC another blow 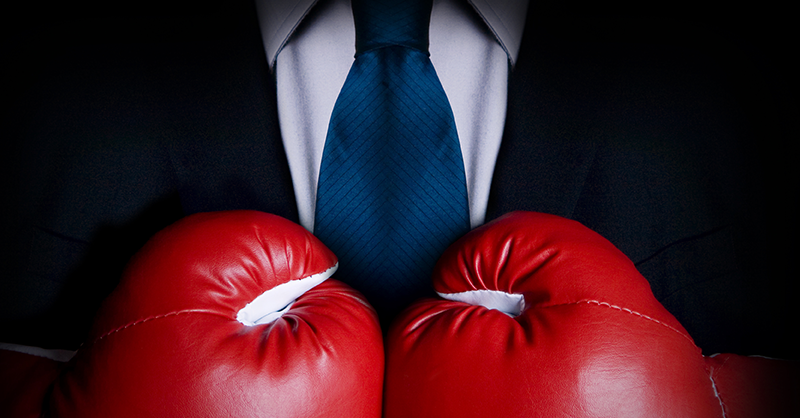 The Supreme Court could pave the way for additional limits on the powers of the Federal Trade Commission, depending on the outcome of a case it will hear arguments on later this year.

The high court granted the request of body camera manufacturer Axon to decide if federal courts can hear challenges to the FTC’s administrative procedures and structure, though the justices declined to consider the constitutionality of those procedures.

“It’s hard to imagine something good coming out of this for the FTC,” former agency Chairman William Kovacic told FTCWatch. “The agency caught a break when the high court said it is not up to tackling the issue of its legitimacy. But the court could well chip away at the agency. The justices might say some broad things about the agency and its role in the administrative state.”

He said in the high court’s 2020 decision in Seila Law v. Consumer Financial Protection Bureau, striking down that agency’s structure, justices indicated a willingness to overrule the 1935 decision in Humphrey’s Executor v. FTC, which forbade the president from removing members of multi-member independent commissions except for cause.

On Jan. 24, the court announced its decision to hear Axon Enterprise v. FTC, but hasn’t said whether oral arguments will occur during the current term or the one that begins in October.

If the arguments occur in the next term, the FTC wouldn’t have one of its strongest allies on the court. Justice Stephen Breyer, a former professor of administrative and antitrust law, plans to retire at the end of the current term. Four of the high court’s nine justices are needed to grant review of a lower court’s decision.

The FTC filed an injunction to block Axon’s acquisition of rival Vievu, but Axon sued the FTC alleging the administrative court proceedings result in the agency being a prosecutor, judge and jury. The FTC won at the district court level and at the US Court of Appeals for the Ninth Circuit. The appellate court did stay the administrative trial at the FTC while the court case proceeds.

But last December, in Cochran v. Securities and Exchange Commission, the US Court of Appeals for the Fifth Circuit ruled the Securities Exchange Act of 1934 doesn’t strip the federal district courts of subject-matter jurisdiction to hear structural constitutional claims.

So, the high court is presented in the Axon case with the chance to referee conflicting decisions by different appellate courts on the jurisdiction of lower courts.

Axon, which is represented by former solicitor general Paul Clement who served during the second term of President George W. Bush, argues the agency’s structure violates due process and the Constitution’s principles of separation of powers.

In its brief, the company says the agency’s rule that ALJs can only be removed by commissioners sets up “dual-layer for-cause removal protections [that] unconstitutionally insulate such officers from the control of the President.”

The government didn’t address the constitutionality issue in its response, but focused instead on the question of the jurisdiction of district courts.

“This Court could not decide the merits of petitioner’s constitutional challenge unless it first determined that petitioner’s suit fell within the jurisdiction of the district court. And even if the Court reached that conclusion, it would be contrary to the Court’s usual practice for it to resolve the separation-of-powers issue in the first instance,” the brief submitted by the Office of Solicitor General said.

Republicans on Capitol Hill have for years tried to pass legislation that would eliminate the administrative court at the FTC and more closely align its merger review procedures with those of the Department of Justice.

While the agency has dodged that congressional bullet, it hasn’t been as lucky at the Supreme Court.

The high court dealt the FTC a defeat in April 2021, ruling 9-0 that the agency was improperly using Section 13(b) of the FTC Act to obtain retrospective relief.

Breyer wrote in the court’s opinion in AMG Capital Management LLC v. FTC that the agency’s interpretation of 13(b) is “to read the words as going well beyond the provision’s subject matter. In light of the historical importance of administrative proceedings, that reading would allow a small statutory tail to wag a very large dog.”

Last July, the House passed legislation empowering the FTC to seek restitution for losses, contract reformation and rescission, monetary refunds, and the refund of property, as well as force lawbreakers to return their ill-gotten gains. The Senate hasn’t taken up the measure.

Even though Breyer, who was appointed in 1994 by President Bill Clinton, wrote the decision in AMG, he has at other times helped increase the agency’s powers.

In the 2013 case involving Actavis v. FTC, he wrote for a 5-3 majority that pay-for-delay settlements aren't automatically free from scrutiny just because a branded drugmaker owns a patent that, in theory, grants exclusivity until its expiration.

Breyer’s decision, which upheld the agency’s powers to bring such cases, noted “a court, by examining the size of the payment, may well be able to assess its likely anticompetitive effects along with its potential justifications without litigating the validity of the patent.”

Breyer’s moderate-liberal voting record has often been characterized by an effort to strike a balance in antitrust cases.

He joined with a unanimous court in its 2004 decision in Verizon v. Trinko. The justices ruled that firms that have lawfully acquired a dominant market position don’t have to share their competitive advantage to promote competition.

But he wrote a dissent in 2018 in American Express v. Ohio, in which the justices ruled 5-4 that the credit card giant didn’t violate antitrust laws. In contracts, Amex told merchants they couldn’t encourage customers to use other cards.