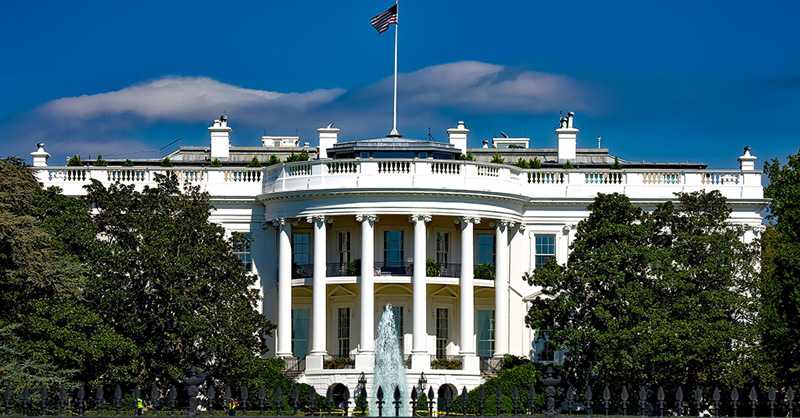 More than eight years ago, then-California Attorney General Kamala Harris announced a deal with Google, Apple and the other largest app platforms that would require app stores to display a privacy policy before users downloaded an app.

“What this will do is require those [mobile app developers] who collect personal information to let people know what they are doing with that information,” Harris said at a news conference in San Francisco in February 2012. “What we have done, what we are announcing today, is global in scope.”

If that was a bit of hype from a skilled politician — and it was — it also was a pioneering regulatory deal that Harris brokered at a time when few people, or state regulators, thought about online privacy. The deal’s thrust was to clarify that a pioneering state Internet privacy law, the 2003 California Online Privacy Protection Act, would also apply to mobile apps and their developers, not just traditional websites.

In the wake of the sharp turn that tech regulatory enforcement of the antitrust and privacy laws has taken over the past two years, presumptive Democratic presidential nominee Joe Biden’s choice for vice president has been criticized for being less willing than some Democrats to back aggressive antitrust enforcement against tech giants.

Asked about breaking up the tech giants during the Democratic debates last year, Harris, 55, changed the subject to privacy. She has also been called out for allegedly having too-cozy ties with Silicon Valley leaders such as Facebook’s Sheryl Sandberg, and with tech companies that have contributed to her political campaigns.

Before approving Tesoro’s 2012 deal to buy some of BP’s assets, she received a list of concessions from Tesoro, including a guarantee to preserve more than 1,000 jobs at one refinery for two years and joint monitoring with the California Energy Commission of gas pricing, volume and refinery capacity.

And in 2014  her office reached an almost $4 million settlement with eBay over allegations the company violated state competition laws by making a “no-poach” agreement with Intuit from 2006 to 2009.

Harris was first elected attorney general in 2010; she had spent the previous 20 years as a government lawyer focusing on fighting crime and protecting consumers. She was born in Oakland, California and grew up in Berkeley, California and Montreal, Canada. She earned her bachelor’s degree from Howard University and her law degree from the University of California at San Francisco.

Harris got her first exposure to consumer protection issues in college when she interned in the US Federal Trade Commission’s Office of Public Affairs and was assigned the task of compiling the agency’s “Daily Clips.” She would come in at 5 a.m. to be greeted by a pile of national newspapers at her office door.

During her six years as attorney general, she received acclaim for several initiatives. In addition to the 2012 app deal, in 2014 she issued a report on data privacy, calling it a priority for her department. She was the first state attorney general to set up a dedicated privacy and data security unit.

In 2016, in what was believed to be a first for a US privacy regulator, Harris released an online tool that allows users to report websites, mobile apps or other online services that are not following their disclosed privacy practices.

The goal, never fully realized, was to harness the power millions of online users to “crowdsource” online privacy violations, “exponentially increasing the California Department of Justice’s ability to identify and notify those in violation” of the California Online Privacy Protection Act, or CalOPPA, the attorney general’s office said.

“Crime that focuses on the most vulnerable and voiceless are some of the most horrendous crimes,” she said in a statement at the time. “The result of this conduct was to make people feel shame and embarrassment in the context of their family, their community and their workplace.”

Harris brought the case several months before the FTC took its first action on the matter.

The conviction came several months after Harris was easily reelected to a second term as attorney general, and she was always viewed as having aspirations for higher office. She was elected to the Senate in 2016, replacing retiring Senator Barbara Boxer.

Harris has also been a long-time supporter of net neutrality* — the principle that Internet service providers should treat transmissions from different sources the same. During her campaign for president, she promised that if elected, she would reverse the Federal Communications Commission’s “disastrous” repeal of net neutrality rules, which put in place consumer protections for Internet users.

She was also one of only a few US senators who asked then-Supreme Court nominee Brett Kavanaugh if he would recuse himself from any hypothetical net neutrality cases.

Harris’s relationship with Silicon Valley, both past and future, could be subject to examination.

While campaigning for the presidential nomination last year, Harris did not touch much on whether Big Tech companies ought to be broken up or whether they had engaged in anticompetitive conduct. When asked directly by a New York Times reporter in June 2019 about her stance on breaking up Big Tech, Harris did not answer and instead shifted toward discussing the tech companies' privacy violations.

“My first priority is going to be that we ensure that privacy is something that's intact, and that consumers have the power to make decisions about what happens with their personal information, and that it is not being made for them,” Harris said.

In early 2012 when Harris announced the privacy deal with app stores, the other leading mobile companies Harris brought into the deal, besides Google and Apple, included Hewlett-Packard, Microsoft, and BlackBerry-maker Research in Motion.

At that time, along with Amazon, those six companies then distributed about 95 percent of the mobile apps. HP, Microsoft and Blackberry are hardly significant factors in that area now, and it's not clear how to judge a regulator today based on their stance toward an industry that has changed so dramatically in scale and market power.

At times, Biden’s positions on tech, such as his suggestion this year that a key internet-enabling law, Section 230 of the Communications Decency Act “should be revoked, immediately should be revoked" seemed naive and ill-informed.

Harris, at the least, should add to the sophistication of the regulatory dialogue in the Biden camp.

- With assistance from Amy Miller in San Francisco.