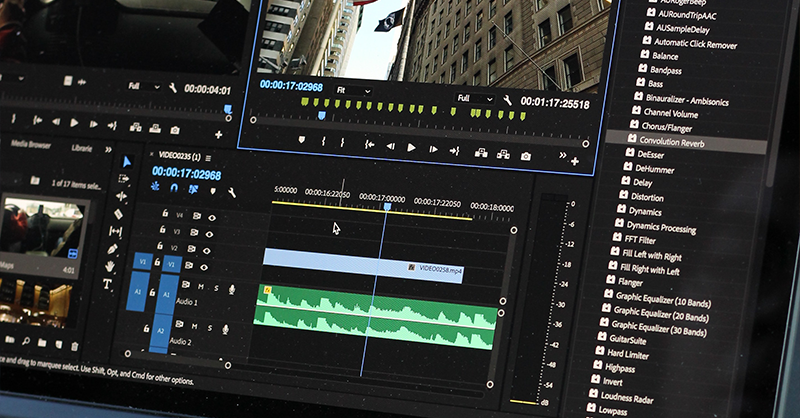 Its member companies include Big Tech platforms Google, Apple, Facebook and Amazon, and other giants such as Microsoft, Samsung and Tencent.

The EU's competition directorate is investigating whether AOM and its members may be requiring companies that were not part of AOM when the AV1 technical standard was created, but whose patents are however deemed essential to the standard, to grant mandatory royalty-free cross licensing.

In addition, AOM and its member companies may be restricting other firms' ability to compete with the AV1 technical specification by imposing different licensing terms in markets where AV1 is already in use.

Video codecs are technologies that compress and then decompress digital videos. As online streaming and video consumption has exploded, there have been efforts to improve the technology to reduce the amount of data that involves.

The Alliance for Open Media was launched in 2015 to develop an open standard for video compression and delivery over the web. It claims to unite top technology leaders behind a collaborative effort to offer open, royalty-free and interoperable solutions for the next generation of media delivery.

The Brussels competition watchdog has sought an estimate of the growth as well as impact of the AV1 technology on the streaming industry over the next five years.

It is also querying companies on AV1's compatibility with other video codec standards, such as whether a smartphone or a browser can support both AV1/VP9 and competing codecs HEVC and VVC simultaneously.

The commission is seeking information on whether pay TV operators, video streaming services, and broadcasters have to pick a specific video codec standard or if they have the ability to combine several standards to distribute digital video content.

In particular, it's looking into technical parameters that would make an implementer opt for one standard over the other.

Practical scenarios feature in the questionnaire: for instance, the commission is asking whether a smartphone user will be able to watch a video file if an implementer chooses a video codec that isn't supported by the smartphone.

And if AV1 were to turn into a new market standard, the commission asked, what would be the impact on companies’ ability to compete with AV1’s AOM licensing conditions, and their incentives to work on alternative video codec technology that may be non-royalty free?

Brussels is trying to understand the rationale of companies that didn't choose AOM and instead have chosen to license the AV1 and VP9 standard-essential patents through Sisvel's pool.

Luxembourg-headquartered Sisvel Group manages patent portfolios and joint licensing programs in audio and video coding. The Sisvel Video Codec Platform, however, licenses SEPs by charging royalties. The EU is looking into the conditions companies need to meet to be a part of the Sisvel pool.

DG Comp is also inquiring whether companies have ever negotiated AOM's intellectual property rights policy with the alliance to become an AOM member, and if they abandoned the discussions.

Spokespeople for Sisvel, AOM and the European Commission didn't respond to requests for comment.

—With additional reporting by Lewis Crofts in Brussels