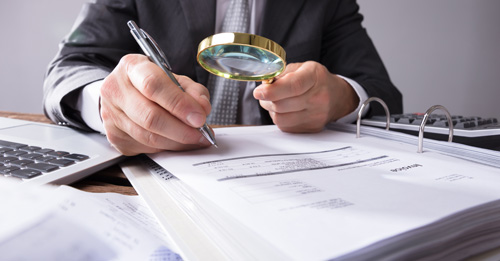 Taboola today disclosed that the company and others in its industry are under criminal investigation by the US Department of Justice antitrust division for their hiring activities.

"In April 2021, the Company became aware that the Antitrust Division of the U.S. Department of Justice is conducting a criminal investigation of hiring activities in the Company’s industry, including the Company," Taboola said in a filing with the US Securities and Exchange Commission.

Taboola said it's cooperating with the DOJ, and "while there can be no assurances as to the ultimate outcome, the Company does not believe that its conduct violated applicable law."

New York City-based Taboola is in the digital advertising industry and provides AI-driven, business-to-business content recommendation. It offers advertisers a way to gain access to users and enables advertisers to be recommended side-by-side with editorial content.

Taboola didn't name other members of its industry that are under investigation, nor did it describe the scope of the probe or offer a specific description of its industry.

The company listed its competitors in two categories: Those with "walled gardens" or closed digital ads targeting ecosystems, such as Google, Facebook and Amazon; and "advertising intermediaries" that offer products and services related to one or more of the steps involved in buying ads online and targeting them to the consumers most likely to be interested in them.

"While these companies may be in competition with us," Taboola said of the latter group, "some are also partners of ours."

The companies mentioned by Taboola, and Taboola itself, could not immediately be reached for comment.

Taboola didn't disclose the nature of the hiring probe, but antitrust enforcers at the US Department of Justice have long been interested in policing so-called "no-poach" agreements, where companies are alleged to have collaborated for the purpose of suppressing wages.

For example, from 2010 to 2012, the antitrust division sued Adobe, Apple, Google, Intel, Intuit, Lucasfilm, Pixar and eBay for allegedly entering into unlawful no-poach agreements. Those actions were followed by civil cases, and the combined legal actions resulted in settlements in the hundreds of millions of dollars.

Taboola, like other technology companies, addresses the importance and challenges of being able to hire and retain qualified employees.

"Our future success depends on our ability to continue to attract, retain and motivate highly skilled employees, software engineers and other employees with the technical skills in artificial intelligence, machine learning and advanced algorithms that will enable us to deliver effective advertising and content solutions," the company said in today's filing. "Competition for highly skilled employees in our industry is intense, in particular in the fields of artificial intelligence and data science, and we expect certain of our key competitors, who generally are larger than us and have access to more substantial resources, to pursue top talent even more aggressively."

In more recent cases involving hiring, Anheuser-Busch InBev disclosed it's being probed by the DOJ over potential antitrust violations, and Georgia-based Aveanna Healthcare Holdings, which offers home healthcare services across 25 US states, disclosed it was served with a DOJ grand jury subpoena in October 2019 over its wage and hiring policies for nurses.

Today's securities filing by Taboola was related to its planned merger with ION Acquisition Corp. 1, a special purpose acquisition company. The combined company is to operate under the Taboola name and to trade on the New York Stock Exchange.

The DOJ reviewed Taboola's planned acquisition of Outbrain last year and ultimately closed the investigation, although the deal later collapsed. A source told MLex that the delay caused by antitrust reviews in the UK and Israel made the transaction untenable.  Taboola made no mention of the deal in its filing today disclosing the probe.