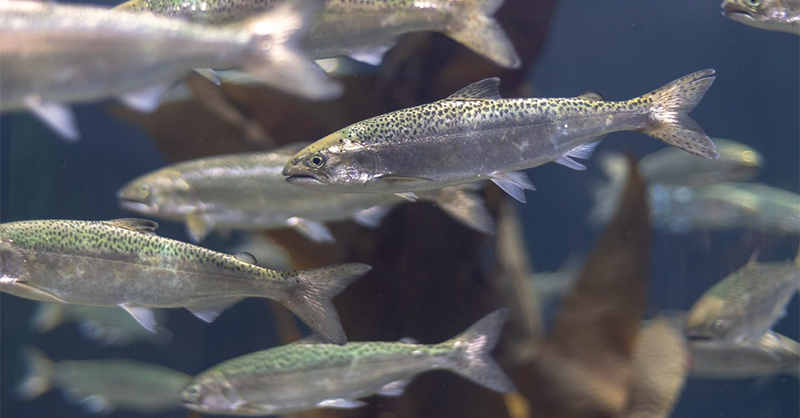 The European Commission has asked a US magistrate judge to limit the disclosure of documents in a class action against salmon companies suspected of cartel conduct.

The commission says the "continued nondisclosure" of evidence is crucial to its ability to run investigations.

Marine Harvest, Grieg Seafood and Scottish Sea Farms, a joint venture between Lerøy Seafood and Salmar, have been part of an EU probe that started in 2019 and is looking into the market for farmed Norwegian Atlantic salmon.

The European Commission appears to be looking into how retailers, wholesalers, processors and other customers may have seen their purchasing strategies artificially determined by producers over a period stretching back to 2010.

In the US, salmon producers disclosed in late 2019 that they face a criminal probe by the US Department of Justice for potential collusion. The companies claim there's no basis for the US investigation.

They also face a class action in Florida from purchasers of salmon.

The proposed class of direct buyers — suing Mowi, Grieg Seafood and other North Atlantic salmon farms — rejected the European Commission's request. They said the commission had come too late with its arguments and they were broader than the issues at stake in the case.

A hearing to discuss disclosure is scheduled this afternoon before magistrate judge Lauren Fleischer Louis of the US District Court for the Southern District of Florida.

The plaintiffs want access to information gathered by the European Commission as part of its ongoing probe into potential price fixing.

"The Commission seeks to protect the EU’s sovereign interest in maintaining the confidentiality of certain documents included in the administrative file of its ongoing cartel investigation of possible competition law infringements in the salmon industry," it said in its submission to the court.

The EU regulator has a history of intervening in US court disputes where it sees a risk that its files may be disclosed. Last year, Olivier Guersent, the EU’s director general for competition — as well as the salmon producers it is investigating — sought to halt the Florida court’s decision to require access to the documents for the plaintiffs, according to a letter dated May 18. Guersent termed it a “serious concern.” The documents, bound by a protective order, run into hundreds of thousands of pages, with plaintiffs’ counsel having begun reviewing them mid-year in 2020.

"Preserving the nondisclosure of investigative materials is vital to the commission’s ongoing ability to detect, investigate, and take effective enforcement action against potentially unlawful cartel activity," it wrote in its brief to the court.

It argues that legal systems should recognize the importance of other countries' activities and not take steps that might undermine another enforcer.

The class-action lawyers said the commission submitted its observations only two days before the hearing was scheduled to take place.

Moreover, the commission hasn't engaged with the parties to the litigation on these questions, they argue.

They also said that prior disclosure in this case hasn't had a detrimental effect on the commission's probe, despite claims that it would.

"There are better ways to address the EC’s concerns without prohibiting the production of the documents at all, which is directly contrary to the goals of the antitrust laws in this country," the lawyers wrote.

This is not the only plea EU officials have entered: last year, top official Cecilio Madero Villarejo — who oversees cartel investigations and merger reviews — outlined the same concerns to the European counsel of Mowi, Grieg Seafood and Ocean Quality, Lerøy Seafood Group, and SalMar, according to letters dated April 29.

—With assistance from Khushita Vasant in Washington, DC.