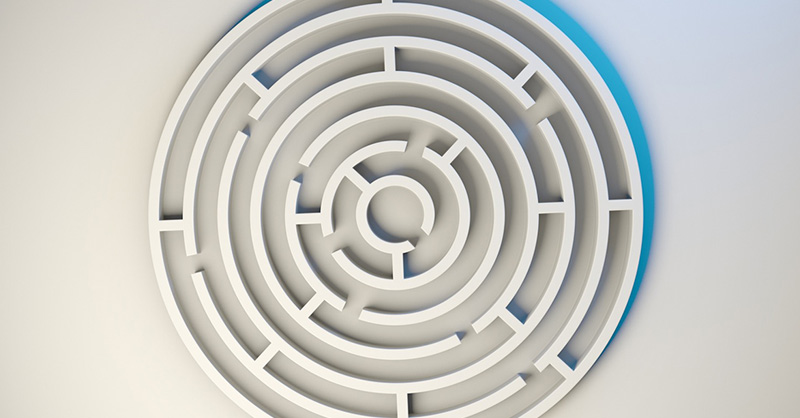 Representatives from companies including Qualcomm, Apple, Huawei and Continental have clashed at a meeting of The Institute of Electrical and Electronics Engineers over a review of the organization's patent policy in the latest — but critical — round of high-profile jostling between patent holders and users.

New Jersey-based standards body IEEE announced in February that it would review its controversial patent policy, which limits the ability of holders of patents essential to a technological standard to seek injunctions.

The IEEE Standards Board is having virtual meetings throughout this week, with the patent committee, or PatCom, having met today. The review of the organization's patent policy relates to possible modifications or updates of the “non-mandatory factors” in the definition of “Reasonable Rate.”

IEEE’s current intellectual property rights rules have been in effect since early 2015. They have been a significant sticking point between holders and users of standard-essential patents.

Michael Atlass, senior director at Qualcomm, addressed the 72-person gathering and said he was hesitant to speak about IEEE's patent policy because of an "undercurrent" within the organization which stands "exposed" today.

"The undercurrent I am describing is that we are being characterized as somehow against the IEEE when we are the biggest contributors," Atlass said. Along with Huawei, Qualcomm is the largest contributor to IEEE's 802.11 WiFi standards, the chipmaker's representative said, adding that the companies’ voices in support of the organization ought to be heard.

IEEE has a "historical opportunity" to consider going back to a time when SEP holders and users got along to develop standards instead of fighting about patent policy, Atlass said.

However, a representative for Apple said that there was never a "magical time" that IEEE's members could go back to when there was no conflict and when companies "magically agreed" on what should be in the organization's policies.

Reversing IEEE’s policies to ones that were in place before 2015 would create "enormous controversy" and "disrupt settled expectations" as to how the patent process will take place, Apple’s standards policy counsel, Lore Unt, said.

In 2015, the US Department of Justice's Antitrust Division, under former US President Barack Obama, gave a favorable review to the IEEE for its patent policy changes. The change was supported by major tech companies including Apple, Microsoft and Intel, but vociferously opposed by large patent holders such as Qualcomm, Orange and Ericsson, and resulted in efforts to reverse the policy.

But in a September 2020 letter, former DOJ antitrust chief Makan Delrahim took what he acknowledged as an “extraordinary step” and supplemented the 2015 letter. He encouraged the IEEE to review its patent policy and termed it the department’s “greatest concern” as it was "cited, frequently and incorrectly, as an endorsement of the IEEE Policy".

Delrahim's letter sparked an intense lobbying war with both patent holders and users that pulled IEEE in different directions, with pressure to either change the policy or maintain the status quo, respectively.

The language in IEEE's current policy addresses the threat by SEP holders of using injunctions to gain unfair leverage during negotiations to extract royalties that are not fair, reasonable and non-discriminatory, she said, referring to a definition known as “Frand.”

Reviewing the policy in response to Delrahim's supplemental letter deviates from the long-standing precedent of consensus in framing IEEE's policies. That letter doesn't accurately describe the effect of the 2015 updates on standards development, Workman said.

Auto parts maker Continental's representative Brian Droessler talked about the business impact of IEEE's policy. He said the German company supported the existing patent rules because its customers — car manufacturers — are being sued and threatened with injunctions.

SEP holders "hold [them] hostage to extract un-Frand rates" which is an "untenable" situation, Droessler said, adding that companies can’t structure a business strategy in such an environment.

Cisco's senior director for antitrust and competition, Gil Ohana, argued that it was hard to regard Delrahim's supplemental letter as anything but a "very one-sided" effort by the Antitrust Division, which exhibited a lot of deference to the interests of SEP holders.

By contrast, there was extensive consultation of both SEP holders and users when the original 2015 business review letter was issued.

A very small number of companies have "really gone to war" with the IEEE since 2015 and have been "critical" and "hostile" to the organization, Ohana said. But the IEEE is rewarding their efforts by reviewing its patent policy and vindicating their business model of licensing.

However, Huawei's senior patent counsel, Cindy Bian, disagreed, saying that legal disputes should be left to licensing attorneys, courts or the alternative dispute-resolution mechanisms while standards bodies like the IEEE ought to focus primarily on innovation, she said.

Matters involving what the reasonable rate of royalty is or what the terms of an injunction should be are "crucial" and for negotiation among parties. She supported IEEE reverting to the policy in place before the 2015 changes were adopted.

In a 2014 written statement, IEEE's Board of Governors admitted that the policy was developed behind “closed doors,” suggesting an "unprecedented position" that there was no need for openness and transparency in developing patent policy, Kallay told the group.

"This position is untenable" because it exposes IEEE to antitrust liability, she said. Any rules developed behind closed doors with an imbalance results in a non-consensus policy, Kallay said.

Anupama Sawkar, special counsel for intellectual property at the US Federal Trade Commission, also attended the meeting, along with regulators from other jurisdictions.

Among participants were Simon Hicks, of the UK's Department for Digital, Culture, Media & Sport; Hadjan Doucoure, of the French Ministry for Europe and Foreign Affairs, and Taras Holoyad, of the Bundesnetzagentur or the German Federal Network Agency for Electricity, Gas, Telecommunications, Post and Railway.

Hicks is also one of the three vice chairpersons of the board of the European standards body ETSI.

During the meeting, David Ringle, IEEE's director for governance, pointed out that IEEE received 16 letters of assurance since December 2020.

LOA, or "letters of assurance," are issued by companies that hold patents essential to a standard. When an SEP holder issues a negative LOA, it means they aren’t willing to license their technology under IEEE’s patent policy.

Ringle said licensors of 14 of those LOAs declared that that they would license their patents under IEEE's pre-2015 patent policy. Kallay said this shows that 90 percent of licensors contributing to IEEE standards favor rescinding the current policy.

The 2015 policy “significantly compromises” IEEE's standards, including loss of designation as American National Standards by ANSI, she added. Kallay also took issue with the IEEE having held an executive session earlier in March from which some stakeholders such as Ericsson were excluded.

The IEEE will next hold an executive session to seek further legal advice, the meeting's organizer said.