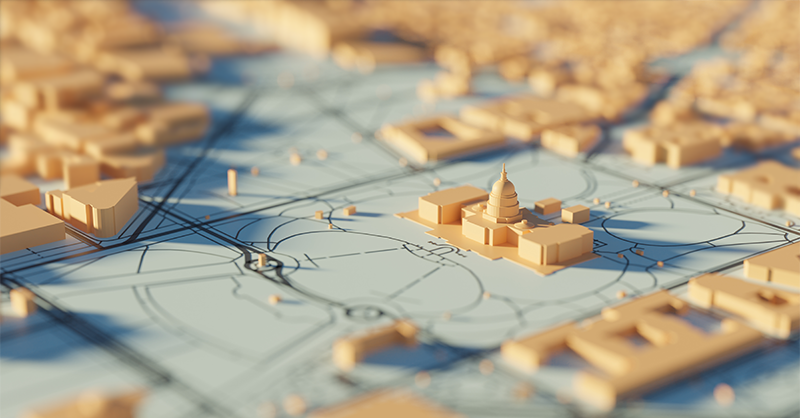 The House on Sept. 29 passed a bill that combined three measures which advocates of stronger enforcement see as a good start. On the other side of the Capitol, Federal Trade Commission Chair Lina Khan faced criticism from Senate Judiciary antitrust panel members for fostering a toxic work environment and for freezing out Republicans on certain policy issues.

The House bill, the Merger Filing Fee Modernization Act, combines that measure with the State Antitrust Enforcement Venue Act and the Foreign Merger Subsidy Disclosure Act. It passed 242-184. All but 16 Democrats supported it, and all but 39 Republicans opposed it.

The measure’s provisions include linking merger filing fees at the Department of Justice and the FTC to increases in the Consumer Price Index and allowing state attorneys general pursuing antitrust litigation to avoid moving to a court the defendants prefer and seeing those cases consolidated with private lawsuits. Another provision requires merging parties to disclose subsidies they have received from countries that pose strategic or economic risks to the US such as China.

Representative Ken Buck, the top Republican on the House Judiciary Antitrust Subcommittee, said the bill is needed because “Big Tech is crushing competition and crushing conservative principles.” The Colorado lawmaker also cited support by conservative groups, including the Heritage Foundation.

House Judiciary Committee Chairman Jerrold Nadler, a New York Democrat, said the measure is bipartisan and bicameral and in the tradition of other strong antitrust bills such as the Sherman Act and the Clayton Act.

The bill’s opponents cited a range of concerns.

Representative Zoe Lofgren, a California Democrat, said the provisions on trial venues would allow some state AGs to use their power to undermine content moderation. The lawmaker, whose district includes San Jose and parts of Silicon Valley, said the provisions could harm enforcement efforts.

Representative Jim Jordan, the top Republican on the Judiciary Committee, said the FTC is “controlled by people who have a radical belief system.” And the Ohio lawmaker said the Justice Department has shown it has little regard for people’s individual liberties, as demonstrated by the FBI’s raid on the Florida home of former President Donald Trump.

Those measures will now go to the Senate, which previously passed a bill containing the provisions about the venues for cases filed by state AGs.

At a Sept. 21 Senate hearing, Republican Senator Mike Lee, ranking member of the antitrust subcommittee, slammed Khan’s approach to the job, in light of the drop in enforcement actions and low satisfaction ratings from employees.

“Talk is cheap, actions matter — and there, sadly, we have seen a marked decline in what the FTC is actually supposed to be doing — enforcement. Moreover, what little we have seen from the agency has frequently been legally questionable and ill-considered,” the Utah Republican said.

Khan replied she is committed to improving morale and is trying “aggressively” to find out why employees are criticizing working conditions.

Lee also asked Khan to explain why the market definition in the FTC’s monopolization lawsuit against Meta, which seeks to undo the buyouts of Instagram and WhatsApp, differs from an analogous case about Meta’s proposed acquisition of Within, a virtual reality company.

Khan declined to prejudge the outcome of the cases and said market definitions are fact-specific in each one.

But she made Republicans happy when she told Missouri Senator Josh Hawley that two companies’ commitments to environmental, social and governance factors are never a compelling reason to “bless” an illegal merger.

Her counterpart Jonathan Kanter got off easier. The DOJ’s antitrust division chief used his testimony to plead for more money.

“The most important [enforcement challenge] is the lack of resources. You mentioned scotch tape and band-aids. We certainly need more band-aids and more scotch tape. We need more resources,” Kanter said in response to a question from Subcommittee Chair Amy Klobuchar, a Minnesota Democrat.

Two days later, the Senate Judiciary Committee approved a bill that could eliminate a business practice that could be subject to antitrust enforcement.

On Sept. 22, the Senate Judiciary Committee approved a bill to establish a six-year period in which news organizations and non-network broadcasters would be exempt from certain antitrust laws.

The bill, which the panel approved 18-7, would allow these organizations to collectively negotiate with large tech platforms, namely Google and Facebook. The path to approving the bill was cleared when the panel green-lighted an amendment to clarify that the measure only permits negotiation about pricing, not about content.