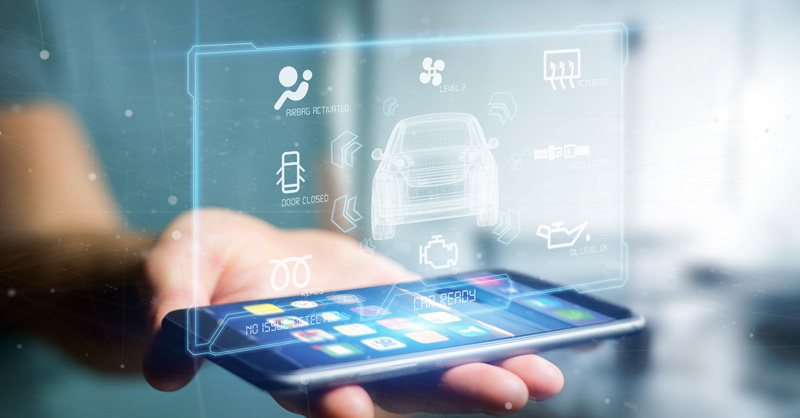 Nokia and Daimler's spat over licensing standard-essential patents for connected cars has spurred the German government into action, with the country's economy ministry organizing a series of closed-door workshops with stakeholders aimed at brokering a solution, MLex has learned.

One such workshop — the first so far — was kicked off last Tuesday with a virtual hour-long meeting. Up to 35 participants from selected auto and mobile telecom companies, the German government and officials from the European Commission were invited, MLex understands.

The group acknowledged the existing deadlock in licensing negotiations among patent holders and users of the technology — that is, car companies and auto parts makers. The need for the proper valuation of standard-essential patents, pricing and "have-made" rights were discussed, MLex understands. Have-made rights are contractual terms that allow a licensee to contract out manufacture of the goods for which it has bought the license.

The workshop comes after years of disagreements over licensing practices for connected cars. It also comes after Daimler and its parts suppliers lodged five formal antitrust complaints against Nokia at the European Commission’s competition service, starting in late 2018, alleging abuse of dominance. The EU is investigating the complaints, although no formal case has been initiated.

Nokia, in turn, began 10 lawsuits against the Stuttgart-based carmaker across Germany in April 2019. The Finnish company has accused Daimler of infringing on SEPs for 2G, 3G and 4G mobile technology for at least a decade before then, in the cars sold during that period. Nokia also alleges that it hasn't engaged with multiple attempts to enter into licensing negotiations for the allegedly infringed SEPs.

While the first meeting last week was restricted to participants from Germany, further sessions slated to follow will include broader representation from across the EU, it is understood. The meeting was organized by the Federal Ministry for Economic Affairs and Energy and chaired by Stefan Schnorr, who heads the ministry's department for digital and innovation policy.

Also present were officials from the German Federal Ministry of Justice and Consumer Protection, and from the German Institute for Standardization, or DIN. The European Commission sent two people: Amaryllis Verhoeven, who heads an intellectual property unit inside the commission’s enterprise directorate, and a case-handler from the executive’s competition arm.

Companies invited to the meeting included Audi, BMW, Continental, Daimler, Ericsson, Nokia, Qualcomm, Deutsche Telekom, Vodafone and the Verband der Automobilindustrie, which is the German Association of the Automotive Industry.

The German ministry’s push for resolution comes as the commission is set to propose a similar path.

In a 20-page policy document to be released tomorrow, and seen by MLex, the commission supports industry discussions to resolve the disputes without recourse to litigation. It also says the EU executive is considering “regulatory reforms” to overhaul the “cumbersome and costly” exercise of agreements between patent holders and the users of the technology.

Alongside the meeting invitation sent in September came a proposal to discuss a memorandum of understanding drafted by patent holder and chipset maker Qualcomm.

The 10-page MOU is the result of months of dialogue between the California-headquartered company and individual carmakers and auto parts suppliers to understand their licensing needs and arrive at a solution. A first draft was drawn up in July. Qualcomm's discussion with the German ministry at the start of the year was the genesis of the project.

The MOU was not discussed during last week's meeting, MLex understands. Qualcomm declined to comment.

Among other things, the document touches upon patent-indemnification obligations; the choice of a prospective licensee; the licensing process; royalty rates; dispute resolution; and cooperation with the commission, according to a copy seen by MLex.

The proposed pact calls on each party to avoid unreasonable delays in responding to the other throughout the negotiation.

Further, another proposed commitment states that carmakers that are signatories have the ability to choose to negotiate a license agreement with a licensor, or to have their relevant car-parts suppliers negotiate those license agreements.

"Automobile manufacturers and Tier 1 suppliers who are signatories of this MOU will not attempt to force cellular SEP holders to license further upstream (e.g., at the smallest saleable unit level)," the draft states.

It is not unfair for carmakers to seek patent indemnification obligations in their Tier 1 car parts supply agreements, the document states.

An impasse in negotiations would lead all disputed terms to be submitted to binding and final arbitration, the document proposes.