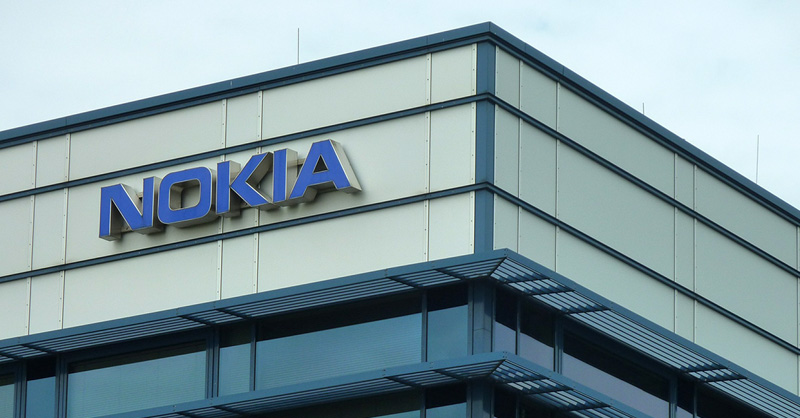 A patent-licensing dispute between Nokia and Daimler could create years of uncertainty for technology companies signing license agreements if a German court agrees to refer the case up to EU judges in Luxembourg.

In an unusual step, Germany’s competition authority last month asked the Mannheim Regional Court — which is hearing at least one of the 10 lawsuits filed by Nokia against Daimler across German courts — to send the dispute to the EU Court of Justice for an opinion on how EU law should apply, according to a document seen by MLex.

All eyes are on a hearing on Aug. 18 — previously scheduled for Aug. 4 — when Mannheim judges will deliver their judgment in one of the cases. Many expect the court to decide if it will send a referral request to the EU court.

The Bundeskartellamt’s request, if granted, could stall licensing negotiations across a range of industries as companies wait for EU judges to provide their opinion — a process that could take up to three years.

The litigation focuses on connected cars, but the impact could be broader, extending into well-established smartphone licensing practices, which account for far more in licensing revenue than connected cars. On top of that there's the revenue from the emerging Internet of Things, which will see a full range of home and work appliances connect to the web.

The key question is: who in the product value chain can seek a license? Is it only end-device manufacturers, or component makers as well?

If this query is sent to the EU courts on Aug. 18 then not only will it cast a shadow over licensing talks for the time it takes judges to rule, but the dispute will become the new front line in a battle between a whole spectrum of device makers and patent holders.

And the potential hearing in Luxembourg will reveal the emerging fault-lines between powerful companies such as Huawei, Continental, Daimler and Gemalto, who are all fighting for a slice of a growing industry.

Disagreements over licensing practices for connected cars came to a head in late 2018 when Daimler filed a formal antitrust complaint against Nokia, alleging misuse of a dominant position in the licensing of 2G, 3G and 4G cellular technology.

Automotive-module makers Continental, Valeo, Bury and Gemalto filed similar complaints shortly afterwards, with further allegations that Nokia refused to deal with parts makers that want a license, insisting on granting licenses only at the level of the whole car.

In April 2019, Nokia filed 10 lawsuits in Munich, Mannheim and Düsseldorf against Daimler seeking accounts of cars sold in the preceding decade where its standard essential patents, or SEPs, for cellular technology were used. It's also seeking damages for past royalties due. Continental and Bury, along with Huawei, Robert Bosch, TomTom and Peiker, are intervening as third parties in support of Daimler.

Attempts at mediation have so far failed, and the dispute has sprouted related court cases in the US. But the European Commission has not opened an antitrust probe at the EU level, prompting the German watchdog to attempt to bring the issue directly to the bloc’s most senior judges.

The Bundeskartellamt’s move is seen a win for the automotive industry, whose efforts in Brussels have so far been frustrated.

Even though Nokia and Daimler are locked in battle, the legal ripples from their case will be felt far and wide if it lands with EU judges.

Nokia and Ericsson, which also earns revenue from car licensing, may struggle to conclude deals over the next couple of years given the pending question before judges. Licensors may also face pressure to settle and grant licenses at rates lower than they would have liked, to make the dispute go away.

An already fractious public debate could get even messier. Other licensors fear the EU courts will order the granting of licenses to parts makers and this, in turn, will jeopardize the established industry practice for smartphone licensing.

Companies such as Qualcomm charge royalties at the level of the end device or the finished product, in this case the smartphone. Nokia, Ericsson, Qualcomm, InterDigital among others earn a chunk of their revenue from licensing smartphones and will see immediate danger to their income streams if licensees demand that the new court-ordered licensing rules for the car industry also be applied to smartphones.

The Court of Justice has been here before, though, when in 2015 it adjudicated a similar dispute between Huawei and ZTE. There, judges handed down a carefully calibrated ruling that charted a middle ground between two camps and presented a roadmap for handling future patent litigation.

During that case, other patentholders and device makers stood by and watched as the future of their industry hung in the balance of two companies pursuing their own legal arguments.

For Nokia and Daimler, it could be the same this time around. But they're joined by parts makers Robert Bosch, Bury, TomTom, Peiker and Huawei, which are supporting Daimler in the German proceedings.

The legal strategies of the individual parts makers may converge at an eventual hearing in Luxembourg because they have similar fights with Nokia. But they each have separate legal fronts to argue their case on.

Continental, for instance, interprets the seminal Huawei v ZTE ruling to mean that anybody interested in seeking a direct license has a claim to it and being a parts supplier is irrelevant.

On this point Nokia could argue that forcing it to “license to all” in the product value chain would be partial expropriation of its intellectual property.

Licensors further stress that the technology enshrined in a patent is fully realized only at the level of the car. Component-level licensing highlights this problem: Connected cars use more than one component, and each may be manufactured by different suppliers.

The resulting mountain of paperwork would make IP lawyers happy while presenting an unending, uphill task for licensors who must now determine which component infringes their patent and how much royalty is due to them.

Of all the complainants, Continental may have the most at stake in this fight, as shown by its aggressiveness in litigating in the US and lobbying the Bundeskartellamt to prod Mannheim judges.

The German parts maker would like a direct license from Nokia soon as it faces direct competitive pressure from Huawei, which supplies not just telematics control units (TCUs) — the component — but also the network access devices (NADs) that are fitted into it.

Even though Huawei stands on the same side of the fence as Continental and other European parts makers in the dispute, it competes to have its components fitted into Daimler vehicles. To have this case drag on would be detrimental for local parts makers fighting to protect their existing markets.

Still, component-level licensing agreements are not unheard of. Qualcomm offers these independently while also offering car-level licenses through the Avanci patent pool. The two are not exclusive. Qualcomm’s rationale for doing so rests in the relatively smaller revenue it derives from licensing connected cars given that smartphones remain its core business. Qualcomm also does not bother litigating unpaid royalties or SEP infringements for connected cars as they're worth so little.

With the Bundeskartellamt now having stirred the pot of what has so far been a slow-cooking dispute, legal teams across three continents are preparing for the fight. There's a lot at stake for the entire chain of automotive businesses based in Asia and North America that may have to do business keeping in mind the precedent Europe sets.

With assistance from Lewis Crofts.