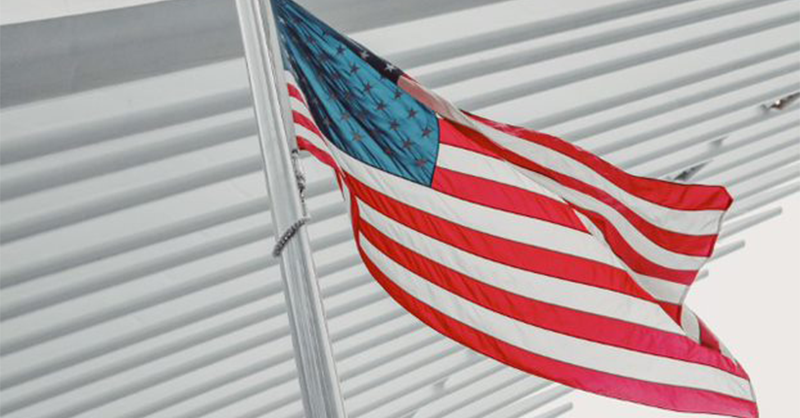 When Congress discusses ways to change the rules regarding how the Federal Trade Commission operates, one lawmaker’s reform is another one’s effort to weaken the agency.

Another lawmaker’s work to increase the agency’s powers is seen by others as making it easier to harass companies.

The interest in the most recent House bills targeting the FTC comes as Chair Lina Khan is flexing the agency’s muscles as part of President Joe Biden’s executive order to boost market competition. But Republicans on the commission and Capitol Hill are trying to steer reform in another direction.

Democrats narrowly control the House and could pass their proposals along party lines. But they could have trouble in the Senate, which requires 60 votes to pass anything.

Litany of bills and concerns

Democrats Jan Schakowsky and Kathy Castor are introducing a bill that mandates social media platforms establish written terms of service and create consumer protection programs. Schakowsky of Illinois chairs the Subcommittee on Consumer Protection and Commerce, while Castor of Florida is a member of the panel.

Schakowsky is also sponsoring a measure to allow the FTC to seek civil penalties without having to coordinate with the Department of Justice. Castor is pushing a bill that would give the agency the power to go after first-timers who engage in deceptive acts or practices.

Jerry McNerney, a California Democrat, is sponsoring a measure to give the FTC the power to regulate common carriers. Bobby Rush, an Illinois Democrat, is spearheading a bill that would let the agency regulate tax exempt non-profit organizations.

At a July 29 hearing of the panel, Schakowsky said these and other measures indicate “that the era of self-regulation is over. It has threatened our democracy and our health.”

She didn’t indicate a timetable for further action on the bills and staff members of the subcommittee and full committee haven’t announced when the next steps might occur.

The subcommittee’s top Republican, Gus Bilrakis of Florida, didn’t talk much about the reform measures but focused on some of the procedural changes that Khan has introduced since taking the helm of the agency in June.

He said some staffers have been prevented from making public appearances and some commissioners aren’t getting timely notice of proposals before meetings. Bilrakis called out the lack of bipartisanship on recent votes at the commission and asked Khan how she would handle matters once the commission is evenly divided. (When Democratic Commissioner Rohit Chopra is confirmed as director of the Consumer Financial Protection Bureau, the FTC will be split 2-2 among Democrats and Republicans).

Khan said the agency could do more to protect consumers with the power to obtain additional civil penalties. As for Bilrakis’ concerns about finding common ground, she replied:

“I think this is a really fascinating moment for a new emerging bipartisan consensus, especially around some of the concerns relating to concentration of economic power in the digital markets,” adding, “I’m always keen to find areas of shared agreement with my colleagues.”

Chopra said giving the agency power to regulate non-profits would be helpful because many bad actors hide behind their tax-exempt status. Most organizations are law-abiding and will find it easy to comply with any FTC rules and policies, he told the panel.

“If we could ensure that the commission’s leadership — both now and in the future — would use this authority prudently, perhaps my view of those bills would be different. Given the FTC’s conduct in the 1970s, I have long been concerned about the possibility of agency overreach; recent actions by commission leadership have deepened those concerns,” she said.

Another bill by Democrats is one sponsored by McNerney to establish an Office of Technologists at the FTC, staffed by 25 technologists.

The only bipartisan measure discussed was one creating a coordinator at the FTC to prevent fraud and scams targeting military service members and veterans. It’s sponsored by Fred Upton, a Michigan Republican, and Kathleen Rice, a Democrat from New York.

Several bills proposed by Republicans include:

Michael Burgess of Texas is sponsoring a bill limiting consent decrees to eight years, they currently run from 10-20 years.

In response to a question from Burgess, Khan said his bill would be problematic because sometimes companies violate their decrees 10 years or more after the decree has been signed.

Markwayne Mullin of Oklahoma is sponsoring a measure that would amend Section 5 of the FTC Act to add an explicit balancing test: A practice can’t be found to violate the law unless it causes substantial injury to consumers and isn’t outweighed by any other benefits.

Larry Bucshon of Indiana is sponsoring a bill requiring the FTC’s Bureau of Economics to conduct a cost-benefit analysis for any legislative, regulatory or enforcement recommendations.

Brett Guthrie of Kentucky is sponsoring a measure requiring the FTC to post any report, proposed decision or action on its website at least 30 days before a vote.

Republican Commissioner Noah Phillips said Guthrie’s measure would enable the commission to hear from the public and increase transparency. But Khan said while she favored more transparency, she was unsure about the bill because it might conflict with other laws.

This isn’t the first time Democrats and Republicans endorsed measures to revamp how the FTC does its work. In 2016, when the House Energy and Commerce Committee was controlled by Republicans, it passed a series of GOP measures 30-20 along party lines. The legislation, which was never taken up by the full House, included Burgess’ measure on consent decrees and Mullin’s bill on Section 5.

The House hearing, Khan’s first as chair, had many unscripted moments. It lasted almost five hours because subcommittee members were called away many times to vote.

Before the hearing, Chopra went to the committee dais and shook hands and exchanged pleasantries with members on both sides of the aisle. Khan remained in her seat. Once the hearing began, Schakowsky mispronounced the names of some commissioners.

During one of the breaks, FTCWatch asked Khan about liking her new job — it’s been six weeks since she started.

When asked about her reaction to the “incoming missiles” the commission has received, she quipped: “We have launched some too.”

While the other commissioners spoke, Chopra could be seen sneaking looks at his iPhone. Commissioners Rebecca Kelly Slaughter, Phillips and Wilson testified remotely.