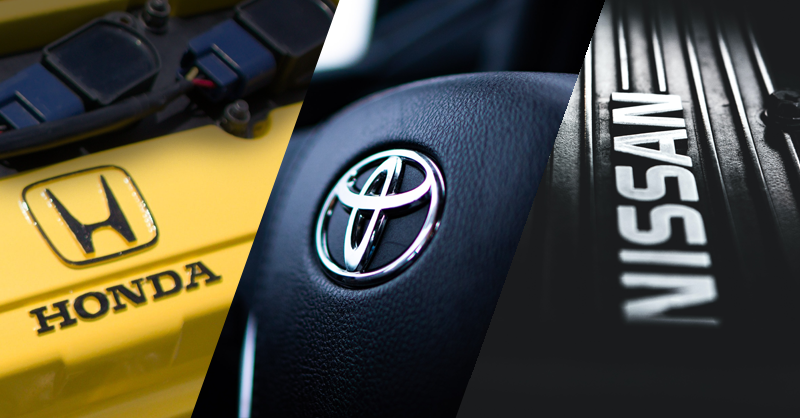 Japanese automakers are under increasing pressure to pay for standard essential patents, or SEPs, for connected cars, after a series of court verdicts in Europe and the US indicated that it’s not illegal for licensors to license their patents to automakers instead of suppliers.

Japan’s top automakers, Toyota Motor, Nissan Motor and Honda Motor, are also facing respective infringement suits. How the Big Three handle wireless-communications patents could affect their future-mobility strategies, as well as those of their suppliers.

Officials from US-based patent pool Avanci met with Japanese auto executives last week in what’s been described as the “first substantial talks" between them. Japanese original equipment manufacturers, or OEMs, appear to be facing a difficult choice whether to sign licensing contracts with the patent pool, which has attracted dozens of licensors and implementers, or to pursue multiple bilateral deals, or face more infringement suits.

The pressure on Japanese OEMs has intensified after General Motors signed a licensing agreement for 4G and other wireless licenses with Avanci in early May, followed by a similar deal by Ford at the end of May.

Shogo Matsunaga, a lawyer specializing in patent disputes, told MLex that the actions by US automakers were probably linked with a court defeat by Ford Motor’s German subsidiary on May 19, involving a 4G patent injunction sought by Japanese patent licensing firm IP Bridge, in Munich.

He said that this is another ruling confirming the trend that SEP holders can seek licensing from OEMs, instead of component makers.

That means German courts denied the concept of “license to all,” under which a SEP holder who made commitments to license on fair, reasonable and non-discriminatory, or Frand, terms should license to anyone, he said.

In the US, appeals court judges ruled in June that Continental Automotive Systems failed to state claims under antitrust law against Avanci and SEP holders in a connected-cars licensing dispute. In February, the Court of Appeals for the Fifth Circuit remanded the case with instructions to dismiss. The court ruled that the US arm of the German auto parts maker — which supplies telematics control units that use 2G, 3G and 4G cellular standards that are embedded in connected vehicles — had no standing to bring antitrust claims against the patent pool.

Last week, Continental failed to convince the Fifth Circuit appeals court to rehear its antitrust case against Avanci and other SEP holders in the dispute.

“License to all is of the past. There’s no court in the world that supported the concept,” said Matsunaga, a partner at Sonderhoff Einsel Law & Patent Office in Tokyo, adding that it’s unlikely a different verdict would be issued in the future.

SEP holders don’t have compulsory obligation to license to all as long as the suppliers’ access to technology is secured through “have-made rights,” which allow a licensee to have an unlicensed third party make a licensed product for the licensee, while protecting the third party from infringement suits, he said. This was confirmed from such cases as Nokia vs Daimler in August 2020 and Sharp vs Daimler in September 2020.

After the Japanese Ministry of Economy, Trade and Industry, or METI, finalized guidelines for good-faith negotiations over SEPs for connected products in March, auto executives told MLex that the concept of “license to all” should be further studied from an antitrust standpoint, based on the ministry’s previous stance on fair values of SEPs in multicomponent products. The paper published in April 2020 said that “license to all” is one of the three principles.

METI's stance on SEP fair values was compiled by the ministry’s Manufacturing Industry Bureau, which includes the Automotive Division, and observers told MLex that its stance was prompted by the automobile industry.

METI’s recent guidelines for good-faith negotiations over SEPs were more balanced, and were finalized after heated debates between licensors and licensees, together with experts and industry representatives.

However, negotiations with a patent pool are outside the scope of the guidelines, and they aren’t legally binding nor do they guarantee that talks would be judged as good faith at courts. They have become mostly powerless to help automakers facing real challenges from patent owners and patent pools.

In May, Nissan Motor was sued for patent infringement by Longhorn IP LLC’s German subsidiary, L2 Mobile Technologies, in Munich, over a wireless communications SEP. This followed a suit by the same licensing company against Fiat Chrysler Automobiles, part of Stellantis, for infringement.

Longhorn IP is among the 49 licensors of Avanci, a Texas-based patent pool that is providing cellular SEPs to 42 automobile brands.

The number of licensors participating in Avanci’s connected-vehicle licensing program has increased, but the pool has held the same rate for its 4G licenses at $15 per car since November 2017 when the first licensing agreement with German carmaker BMW was announced. It is understood, however, that no SEP holder in the automotive space is striking deals at that rate bilaterally.

For a pool that has consistently added SEP holders since inception and expects to add more members, the rate increase to $20 — paid once for the vehicle’s lifetime for 4G, 3G, 2G and emergency call system eCall — would appear reasonable.

Avanci still doesn’t have major 3G and 4G patent holders such as Huawei and Samsung on board. Meanwhile, the platform is preparing to launch a 5G licensing program for which it received a business review letter — or an approval — from the US Department of Justice’s antitrust division in September 2020.

Avanci’s rate increase also comes as prices for new automobiles in the US have risen nearly 30 percent since the platform signed its first license almost five years ago. As such, carmakers have had multiple opportunities over some years to sign on at a rate of $15 per car.

One Japanese automobile executive reportedly used to say that his company’s take from a 2 million-yen ($150,000) car was only Y60,000 yen and therefore $15 dollar was expensive.

However, this kind of defense won’t stand anymore, said Matsunaga, as OEMs themselves started monetizing such online services as emergency assistance calls, navigating destinations and streaming music, through subscription services.

Some parts makers are also willing to shoulder part of the licensing costs, he said. Under Japan’s vertical supply chains, OEMs are sometimes at odds with their suppliers, which want to quickly see the SEP stalemate resolved to focus on developing connected modules and other products, he added.

At a time when traditional automobile value chains, based on internal combustion engines, are facing an existential challenge due to the spread of electric vehicles — which need a much smaller number of components — the slow decision-making by automakers seems to be aggravating potential risks.

While claims by automakers of antitrust violations keep being rejected in Western courts, the Japanese competition watchdog has stayed clear of METI’s SEP discussions.

For the Japan Fair Trade Commission, which annulled its previous cease-and-desist order against Qualcomm in 2019 in its disputes with Japanese electronics companies, a new SEP case to tackle would have to be clearly winnable.

A patent expert who was involved with the Qualcomm case on the complainants' side told MLex that the Japanese auto industry seems to have failed to learn a lesson from the mistakes of Japanese electronics makers in dealing with SEP issues. As a result, a history of defeat may repeat itself, he said, adding that prolonged indecision might narrow the automakers’ options.

— With additional reporting by Khushita Vasant.