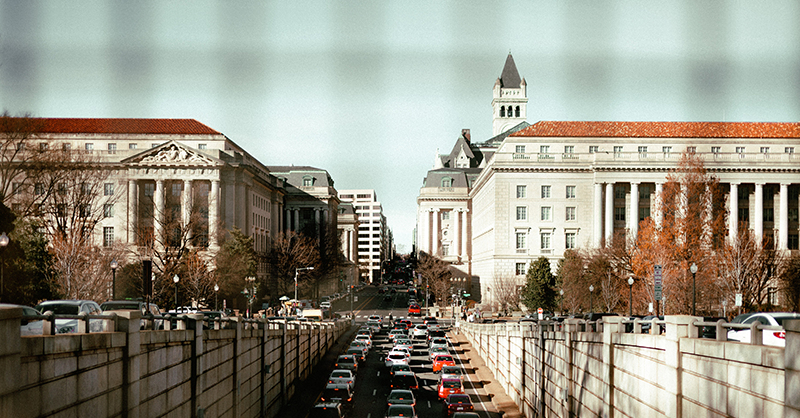 If House Republicans have their way, members of the Federal Trade Commission will have to leave their posts the day their terms expire.

Representative Scott Fitzgerald, the main bill sponsor, says it’s needed to curb the excesses of the agency, which he labels an “activist regulator.” Currently, commissioners can serve beyond the expiration of their terms until a successor is sworn in. That’s spelled out in the FTC Act.

The first-term Wisconsin lawmaker has three cosponsors, including Representative Jim Jordan of Ohio, the ranking Republican on the House Judiciary Committee.

Jordan is in line to chair the panel if the GOP wins control of the House in next month’s election. The chamber has 220 Democrats, 212 Republicans and three vacancies.

Fitzgerald said the agency’s “refusal to grant early terminations of the waiting period for mergers that pose no threat to competition and moves to diminish the role of minority Commissioners” are grave concerns.

He also sees allowing public input “after the Commission has voted on the issues” and the agency’s eagerness “to issue second requests” unless convinced otherwise as problematic.

Each development has served “to undermine the rule of law,” Fitzgerald said in a statement.

The FTC is the only independent agency with no limit for how long a commissioner can serve beyond the expiration of his term.

Former FTC Commissioner Terrell McSweeny’s term expired in September 2017, but she stayed until April 2018 because there were only two commissioners (McSweeny and acting Chairman Maureen Ohlhausen), the minimum number needed for the agency to conduct business. McSweeny left when President Donald Trump’s appointees Noah Phillips and Joe Simons were sworn in.

Ohlhausen stayed until her term ended that September.

Members of the Commodity Futures Trading Commission can remain after the expiration of their fixed term until a successor has been appointed, but no longer than the end of the next Congress.

Federal Communications Commission members can’t serve beyond the end of the next session of Congress.

At the Securities and Exchange Commission, members can serve 18 months after terms expire if they’re not replaced before then.