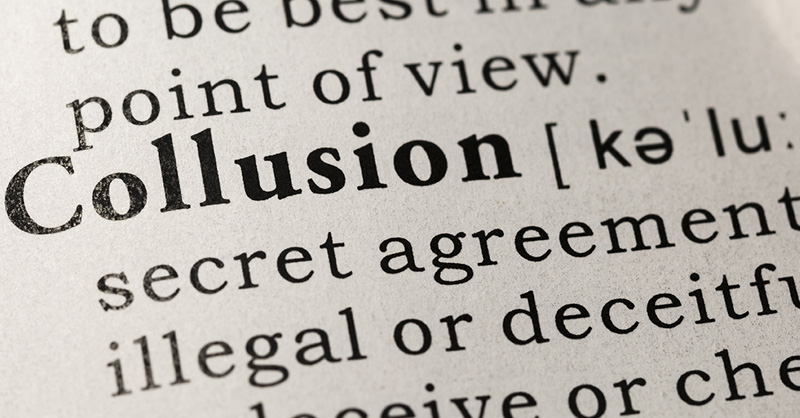 Google colluded with Facebook in a bid to maintain its dominance over the online display-advertising market, alleges an antitrust lawsuit filed by the Texas attorney general and nine other state AGs.

The lawsuit lays out a record of acquisitions, data hoarding and exclusionary practices — and a previously undisclosed deal with a Star Wars code-name that convinced Facebook to back away from a putative plan to challenge Google’s top position in the display advertising marketplace. “Jedi Blue” is what Google executives allegedly called a September 2018 agreement that saw the social-media giant significantly curtail its involvement with ad-bidding technology challenging the search giant’s dominance.

In exchange for Facebook’s commitment to use Google’s ad server to place ads onto mobile apps, Google granted Facebook a favored position in ad-placement auctions, giving it privileged access to “information, speed, and other advantages.”

Google has long faced accusations that it dominates the back-end flow of data and money controlling how ads appear inside web pages spread across the web and mobile app space — whether the site of a major newspaper or a little-used gaming app — stretching as far back as its $3.1 billion acquisition of DoubleClick in 2007. Google now controls more than 90 percent of the publisher ad-server market for display inventory in the US through its Google Ad Manager product.

Still, today’s accusation of an illegal deal goes beyond what even many Google critics have accused the company of doing.

In a statement, Google rejected the “meritless” proposition that it operates an ad-tech monopoly, echoing previous denials.

“We’ve invested in state-of-the-art ad tech services that help businesses and benefit consumers. Digital ad prices have fallen over the last decade. Ad tech fees are falling too. Google’s ad tech fees are lower than the industry,” said a company spokesperson. The company also contests the allegation that it gives Facebook special access to bid-auction data.

According to the suit, the impetus driving the secret deal was a new ad-placement technology Google sought to destroy from fear it would threaten Google’s position as the preeminent online advertising middleman.

Most online advertising is bought and sold through digitally intermediated dealmaking controlled by auctions.

Header bidding is an auction of auctions that sends multiple, simultaneous bid requests to advertising buyers.

The system, based on code typically executed inside a browser before a webpage loads, took off around the middle of the last decade. Publishers embraced it as a lucrative alternative to the older system requiring them to put inventory out to bid in a sequential system called “waterfalling.”

Although Google developed techniques meant to funnel the highest bid to publishers, waterfalling still often left money on the table since publishers might accept a lower bid before ever seeing the higher offer. Worse, some of those techniques were really a scheme to increase Google’s bottom line, the suit alleges.

Header bidding solved the waterfalling problem by running a simultaneous auction so publishers could see all the advertising bids at nearly the same instant.

Google has never liked it. The company declined to participate in header bidding and, until 2017, openly allowed its ad server platform to win the contest for digital inventory by bidding a penny more than the header-bidding final amount, Google’s so-called “last look” advantage.

Publishers liked header bidding despite the potential for slower webpage loading times, to the point where by 2016, about 70 percent of major US publishers adopted it, the lawsuit states.

“In fact, it was incredibly good for publishers. With header bidding, publishers saw their ad revenue jump overnight simply because exchanges could compete,” the suit adds.

Internal communications cited by the suit show Google determinedly looked for ways to get rid of header bidding when, in March 2017, Facebook publicly threw its weight behind the technology, to no happy effect in Google’s Mountain View, California, headquarters.

Nuggets from internal company documents reveal that Facebook’s header-bidding announcement may not have been genuine — or, at least, that its authentic purpose may not have been to really embrace header bidding as a Google alternative.

The March 2017 announcement was part of a planned long-term strategy "to draw Google in."

"Facebook decided to dangle the threat of competition in Google’s face and then cut a deal to manipulate the auction," the suit says.

Months of “high-stakes brinkmanship” gave way to a truce. By the latter half of 2018, Facebook agreed to curtail involvement with header bidding. In return, Google gave Facebook information, speed, and other advantages in auctions Google runs for publishers’ mobile-app advertising inventory every month in the US.

All along, “Facebook knew that Google’s intent was to cut a deal.”

In return for Google giving Facebook a leg up in its auctions, Facebook bid through Google's ad server and significantly cut down its own header-bidding initiatives.

In another redacted sentence on manipulated auctions, the complaint said Facebook was “big enough” to extract a concession from Google whereas no other auction participant has the scale to demand the same.