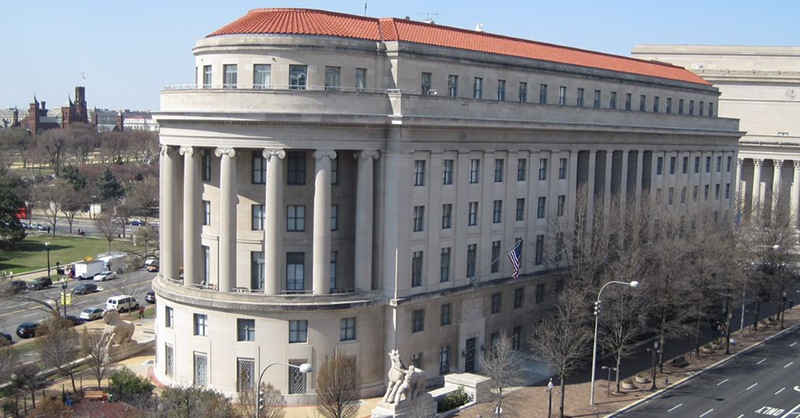 Commissioner Christine Wilson issued a scathing public indictment of the Democratic leadership of the US Federal Trade Commission this week, but in a separate conversation with MLex, she spoke even more emphatically and with visible emotion about the damage she says is being done to the agency.

Wilson told MLex her phone “is ringing off the hook” with complaints about Chair Lina Khan's rejection of the FTC's tradition of bipartisan consensus and her “disdain” for the concerns of the agency's staff.

Wilson said she was “speaking from the heart” in a speech at an American Bar Association conference* in which she warned that the neo-Brandeisian leaders of the FTC are on a path that will damage the agency and lead to a failure of their antitrust and merger policy agenda.

The Republican commissioner said in her public speech that she fears damage to the economy as the FTC implements antitrust policies based on an expansive view of the agency's remit.

“An earlier draft of the speech said, ‘And, God help me, I speak for Democrats who are very troubled by what they see at the Federal Trade Commission, but who are too loyal to the party to speak out.’ So, heaven help me, I am speaking for the Democrats,” Wilson told MLex, speaking with evident emotion. “But that underscores the message that antitrust enforcement traditionally has been bipartisan, and what is happening now is appalling and gut-wrenching. I feel like I'm watching a slow-motion car wreck. And it's very disturbing to me.”

Democrats with a long association with the FTC, from the commissioner level on down, are privately expressing concerns about sudden shifts in how the agency operates, including its initiation of fundamental policy shifts on party-line votes.

For the first time since the tumultuous tenures of FTC Chairs Michael Pertschuk and James Miller in the 1970s and 1980s, an incoming president has installed new leadership at the FTC with a mandate for significant change in the agency’s priorities and regulatory philosophy.

The FTC's transformation under Khan, who took office in June after her appointment by President Joe Biden, has created unease among some agency veterans. Wilson herself is in her third stint at the agency, having first served as a law clerk and later as chief of staff to Chair Timothy Muris under President George W. Bush.

Khan’s short tenure as chair has been marked by notable departures of long-tenured and highly respected staffers such as Daniel Kaufman and Maneesha Mithal. Such staffers are seen by many within the agency as being not only the FTC's institutional memory, but as — in the words of one former FTC staffer who posted on Kaufman’s LinkedIn page after his departure — “the heart and soul" of the Bureau of Consumer Protection.

Wilson said she believes more departures are coming. “It's going to take a generation to replace the talent that we have lost and that we are losing now,” she told MLex.

Wilson and fellow Republican Commissioner Noah Phillips contend that if Republicans retake control of Congress, the FTC's overreach under Khan could lead to the removal of the agency’s authority to regulate antitrust, leaving the Department of Justice as the sole US antitrust enforcer.

Phillips cited Pertschuk's tenure as having damaged the standing of the agency.

“Pertschuk is very much the model,” Phillips told MLex in an interview this week. “When you set unachievable claims, and they are based on arguments that I don’t think have a lot of real factual grounding, I think you set yourself up for overreach, and that is something I’m concerned about. Whether it will result in the [loss of antitrust authority] or the shutdown of the agency, I don’t know. But I take the chair at her word, she said in New York magazine that she’s not concerned about overreach. That’s not a thing for her. It is a thing for me.”

Named after US Supreme Court Justice Louis Brandeis, the New Brandeisian philosophy aims to expand the analysis of antitrust violations beyond the consumer welfare test, which is designed to assess the harm to consumers from anticompetitive conduct. The approach includes an increased focus on labor markets, the possibility that dominant companies have a "duty to deal" with their competitors, a preference for structural remedies in merger settlements, and the examination of whether a company's pattern of mergers tends to create a monopoly.

In her speech Tuesday, Wilson spoke about how the new FTC leadership has repudiated decades of history, essentially declaring “that everything I witnessed was a failure — a 40-year failed experiment.”

She attributed four mistakes to Khan’s team: an overreliance on rulemaking, a preference for “going it alone” without the backing of Congress or the judiciary, a rebuke of the FTC staff for rigidity and complacency, and the creation of confusion with the repeal of vertical merger guidelines that the DOJ has not likewise done away with.

Wilson and Phillips pointed to merger enforcement as one area where Khan is making a key mistake. Wilson said the policy flips the burden of proof, placing it on companies to prove whether their transactions harm competition, and it affects many deals that fall below the filing thresholds mandated by the Hart-Scott-Rodino, or HSR, Act.

A new prior-approval policy for mergers introduced under Khan allows the FTC to restrict companies that pursue anticompetitive mergers from closing any future deals without its prior approval for a minimum of 10 years.

“Think about what they [Democratic commissioners] are doing with, for example, prior approvals," Wilson told MLex. "That is significant overreach that undermines Congressional intent with respect to HSR and it doesn't require a vote. Think about moving all of the omnibus resolutions to one commissioner’s office. Compulsory process used to take three votes. Now one commissioner signs off. They have removed so much discretion from minority commissioners that they are wreaking havoc even now during a 2-2 split.”

The agency has two Republican and two Democratic members with the nomination of a fifth commissioner, Democrat Alvaro Bedoya, pending in Congress.

There is evidence that consensus has not completely died at the FTC. Recent votes over important statements — such as the FTC’s 6(b) report on the Internet services industry and a policy against “negative options” that can coerce consumers into accepting practices they otherwise wouldn’t — gained at least one Republican vote.

Phillips acknowledged, regarding the vote on negative options, that the Democratic majority gave him a significant say in shaping the policy that ultimately went to a commission vote. “That went through more of a process and it earned my vote. So, I don’t think minority commissioners never have authority, but I think we have less,” Phillips told MLex.

Nor is there evidence of a draconian purge aimed at wiping out the agency’s institutional memory. After the departure of Mithal, who led the FTC's Division of Privacy and Identity Protection, her long-time second, Kristin Cohen, was elevated to be acting chief of the division.

Since Khan joined the FTC in June, about 4 percent of its workforce, or 49 employees, left from June 15 to mid-October, according to a Freedom of Information Act request to the FTC.

Wilson worries that Utah Senator Mike Lee’s One Agency Act — a bill that consolidates antitrust enforcement authority in one agency by transferring all FTC antitrust functions, employees, assets, and funding to the US Department of Justice — could become reality.

“I wish this were an academic debate. I fear that it is not,” she said.