FTC goes on defensive amid growing calls to curtail its powers 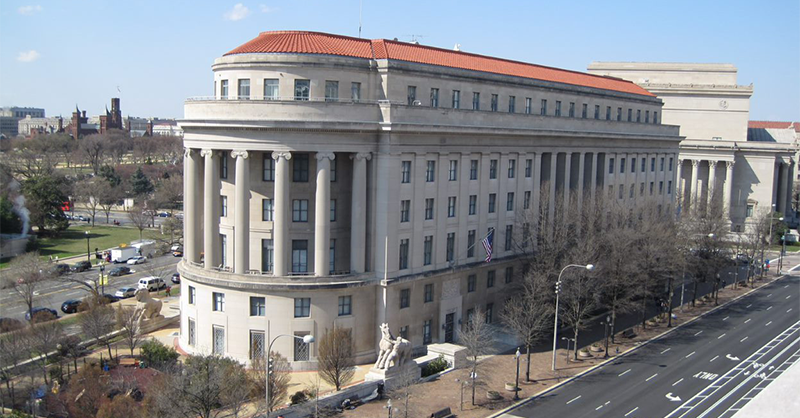 The Federal Trade Commission is fending off attacks from a growing chorus of congressional critics. Its next steps are crucial.

Two prominent conservatives want to consolidate antitrust enforcement in the Department of Justice, while a bipartisan coalition is pushing to create a new privacy enforcer, shedding the FTC of a major function.

The proposals aren’t new but could gain momentum as lawmakers undertake a soup-to-nuts review of antitrust policy and try again to pass privacy legislation.

Cue new FTC Chair Lina Khan. She must build a case for keeping the agency’s existing powers and giving it more money to do the work.

Republican Senators Mike Lee and Charles Grassley recently introduced legislation that would implement sweeping changes to antitrust laws, many of which are backed by people across the ideological divide. Still, the price for the reforms is steep.

But Democrats have ignored the proposal by the senators from Utah and Iowa that deals with stripping the FTC of its antitrust powers. Given the slim majorities the Democrats have in both chambers, negotiations on the issue could become intense.

The measure is called the Tougher Enforcement Against Monopolies, or TEAM Act.

Current enforcement is a “two-headed creature,” Lee said when introducing the bill. The DOJ and FTC are sometimes at odds on cases, he added, such as in the Qualcomm litigation. There are also different litigation options available to both agencies.

In the previous Congress, Senator Josh Hawley, a Missouri Republican, proposed abolishing the FTC and giving its antitrust functions to the DOJ. He wanted to transfer the FTC’s consumer protection functions to the DOJ as well, essentially having it support the department’s existing operations. He hasn’t reintroduced it.

Lee has tried, without success, to reconcile the different litigation procedures at the DOJ and FTC. In previous Congresses, he introduced the Standard Merger and Acquisition Reviews Through Equal Rules Act, which would eliminate the FTC’s ability to hold an administrative hearing of a proposed merger. The DOJ has no such power.

Commonly referred to as the Smarter Act, the bill passed the then-Republican controlled House in May 2018, mostly along party lines. Lee also tried to adjust the Federal Communications Commission’s merger review process, formalizing the agency’s 180-day shot clock and mostly removing the step of designating deals for hearings before an administrative law judge.

Bill Kovacic, a former FTC chair, said the agency needs to explain why it makes sense for antitrust and consumer protection enforcement to fall under its purview.

“The FTC must stand back and ask what’s the logic, rather than just historical accident, to have those in one place,” he said.

Though she’s been in office less than a month, Khan is having the agency flex its enforcement muscles more. At its first public meeting in years, on July 1, the commissioners approved along party lines measures to make it easier to bring antitrust investigations, lawsuits and fines for companies that lie about “Made in America” claims. While Democrats praised the initiatives, Republican commissioners warned they could cause repercussions on Capitol Hill and in the courts.

From 1890, when Congress passed the Sherman Act, until lawmakers passed the Federal Trade Commission Act in 1914, the DOJ had exclusive jurisdiction over antitrust matters. But Louis Brandeis, the FTC’s intellectual architect, persuaded President Woodrow Wilson to include a provision allowing the agency to act against “unfair competition,” as defined in light of the Sherman Act but going beyond that statute.

Some consumer activists have insisted the agency doesn’t have enough personnel and statutory power to do its job effectively, especially in the privacy field. There are 40 employees at the FTC who work on privacy enforcement. The agency has about 1,100 full-time employees.

Senator Kirsten Gillibrand has reintroduced a bill to create the Data Protection Agency, an independent federal agency that would protect Americans’ data. It would have authority to review Big Tech mergers involving a large data aggregator, or any merger that proposes the transfer of personal data of 50,000 or more people.

“In today’s digital age, Big Tech companies are free to sell individuals’ data to the highest bidder without fear of real consequences, posing a severe threat to modern-day privacy and civil rights. A data privacy crisis is looming over the everyday lives of Americans and we need to hold these bad actors accountable,” the New York Democrat said in a statement. Her one co-sponsor is Senator Sherrod Brown, an Ohio Democrat.

No companion bill has been introduced in the House, though Democratic Representatives Anna Eshoo and Zoe Lofgren of California sponsored similar bills in the last Congress.

But other lawmakers want to see the FTC tackle privacy enforcement by building up its staff.

Representative Suzan DelBene, a Democrat from Washington, introduced a bill to expand the size of the agency’s privacy staff and give it rulemaking authority to keep up with evolving digital trends. Her bill, the Information Transparency & Personal Data Control Act, has 19 co-sponsors, all of whom are Democrats.

Kovacic weighed in, saying unless Congress gives the FTC the power to regulate common carriers, banks and nonprofits, it will encounter limits as a privacy enforcer.

And if lawmakers strengthen the FTC’s privacy powers, Kovacic believes it’ll primarily become a consumer protection agency. That could give critics who want the FTC’s antitrust powers removed a stronger rationale for their views.

If the FTC were to lose some of its enforcement authority, it wouldn’t be the first time. During President Franklin Roosevelt’s first term, Congress passed the Securities Act of 1933, which created the Securities and Exchange Commission.

The FTC regulated the securities industry and oversaw the stock registration program. When lawmakers created the Consumer Financial Protection Bureau in 2010, some of the FTC’s consumer protection powers went to that agency.