From journalism to baseball, lawmakers take up antitrust exemptions 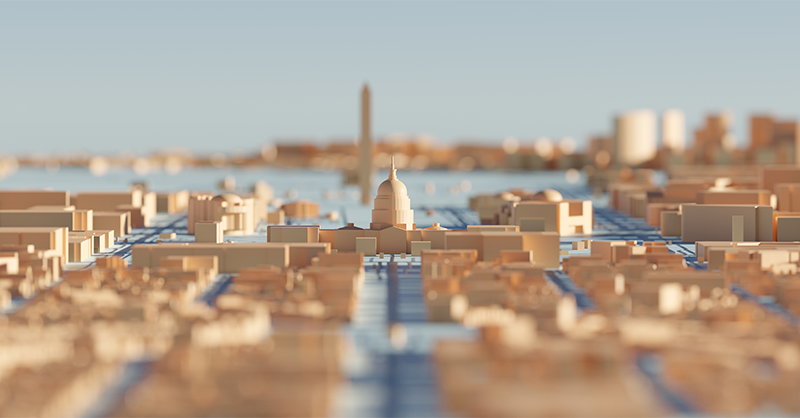 Media companies and their congressional allies have escalated efforts to obtain an exemption to antitrust laws to counter the alleged unfair practices by Big Tech companies. The legislative fight is shining light on the broader issue of antitrust exemptions.

The bill hit a roadblock at the Senate Judiciary Committee on Sept. 8 when panel members approved an amendment to remove the exemption if the issue of content moderation becomes part of the negotiations. The panel is scheduled to resume consideration of the measure on Sept. 22.

The Journalism Competition and Preservation Act creates a six-year period in which news outlets and non-network broadcasters collectively negotiate with large platforms, such as Facebook and Google, about how the platforms aggregate their digital news content.

The measure’s main sponsors are the chairs of the Senate and House Judiciary Antitrust subcommittees, Senator Amy Klobuchar of Minnesota and Representative David Cicilline of Rhode Island.

Klobuchar said the amendment, which passed 11-10, was not needed because the measure is content neutral. But Senator Ted Cruz, the Texas Republican who sponsored the bill, said “Big Tech is more and more naked about silencing views with which it disagrees.” Without the amendment, he added, the bill would be “a subsidy for censorship by the United States Congress.”

The bill, which has bipartisan support in both chambers, applies to news publishers with fewer than 1,500 full-time employees. It also covers platforms with at least 50 million US-based users or subscribers with either net annual sales or market capitalization greater than $550 billion, or at least 1 billion worldwide monthly active users. In the bill’s earlier version, there was no limit on the size of news publishers that would be covered.

Supporters say the bill is necessary because the platforms are behaving in a predatory manner and hurting legacy news outlets. Opponents argue the news outlets have been struggling for years, partly because of their own mistakes and shouldn’t be rescued by the government.

Some lawmakers, such as Senator Mike Lee, are skeptical of antitrust carveouts. Lee, a Utah Republican, is the top member of his party on the Senate Judiciary Antitrust subcommittee.

But when it comes to antitrust exemptions, lawmakers giveth and taketh away.

Later this fall, the Senate Judiciary Committee is expected to hold a hearing on legislation to remove baseball’s antitrust exemption. The panel hasn’t set a date yet to discuss the bill, sponsored by Senator Bernie Sanders, a Vermont independent who caucuses with the Democrats.

Lee is among lawmakers pushing for his colleagues to take a strong look at the antitrust carveout for 21 colleges and universities that expires this month.

The schools collaborate in an organization called the 568 Presidents Group, named for the provision of the law that created the antitrust exemption (Section 568 of the Improving America’s Schools Act of 1994). These schools use what is known as Consensus Methodology under which “an applicant’s ability to pay is a substantial determinant of the net price.”

A class action filed earlier this year against 16 of these schools alleges they participated in a cartel to reduce or eliminate financial aid as a basis of competition.

In 2020, lawmakers passed a bill to amend the McCarran-Ferguson Act to restore the application of federal antitrust laws to the health insurance industry.