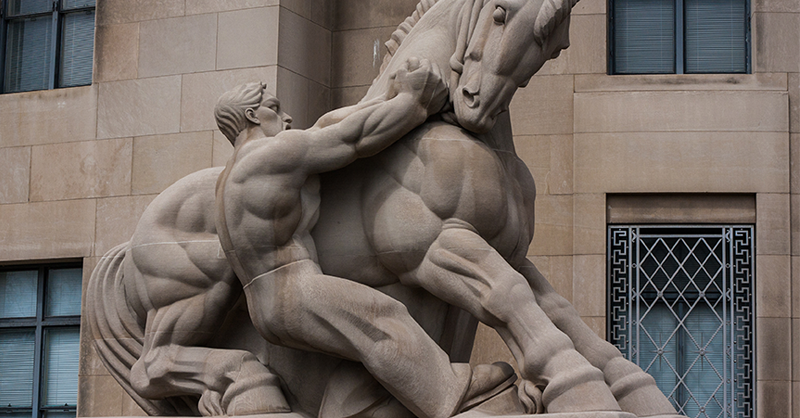 Although the Federal Trade Commission was deprived of some of its powers to obtain redress by the Supreme Court last year, companies with cases before the agency shouldn’t feel complacent.

The agency’s willingness to adopt novel legal theories and bring cases that aren’t a sure thing has lawyers worried.

“The FTC is more emboldened than I’ve ever seen,” advertising lawyer John Villafranco said during a panel discussion at the American Bar Association’s Spring Meeting. “Chair [Lina] Khan is litigating on principle and quite willing to take risks.”

“I am no less worried now than before,” said Gregory Fortsch, associate general counsel for Nature’s Bounty.

The high court ruled unanimously in AMG Capital Management LLC v. FTC that the agency was improperly using Section 13(b) of the FTC Act to obtain retrospective relief.

Justice Stephen Breyer wrote in the court’s decision that the agency’s interpretation of 13(b) is “to read the words as going well beyond the provision’s subject matter. In light of the historical importance of administrative proceedings, that reading would allow a small statutory tail to wag a very large dog.”

Last July, the House passed legislation empowering the FTC to seek restitution for losses, contract reformation and rescission, monetary refunds, and the refund of property, as well as force lawbreakers to return their ill-gotten gains. The Senate hasn’t taken up the measure.

During an interview with FTCWatch, Commissioner Christine Wilson said the agency will work with state attorneys general more often and apply existing rules more to find instances of violations that can lead to civil penalties.

Commissioner Noah Phillips predicted the agency would use novel interpretations of existing rules, such as the Restore Online Shoppers’ Confidence Act and the Health Breach Notification Rule.

Phillips, who spoke at a luncheon sponsored by the firms Crowell & Moring and Bates White, also said before the high court issued its ruling, nearly all appellate courts sided with the FTC whenever its ability to obtain redress was challenged. He said that means the big lesson for courts going forward is: “If AMG signals anything to lower courts, it is forget precedent and look at the statute.”

Former Consumer Protection Bureau Director David Vladeck, who served during President Barack Obama’s first term, said the FTC has a more difficult time using Section 19 of the FTC Act to obtain penalties because the agency has to litigate in the administrative court and trial court.

And, the agency must prove the company knowingly engaged in fraudulent and dishonest behavior, he said.

While the agency can engage in rulemaking, Vladeck described the process as a “chore.” The FTC has to prove the problem it wants to solve is “prevalent.” The agency then must share its advanced notice of proposed rulemaking with the House and Senate committees that have oversight over consumer protection.

“The FTC must decide if the goal is to promulgate a rule or to bring to the surface issues that it needs to deal with and needs authority for,” Vladeck, now a Georgetown University law professor, said.

Villafranco, who’s a partner with Kelly Drye and Warren, said the agency’s recent moves to clamp down on companies that make deceptive claims about earnings potential to prospective franchisees has caused many firms to “clean up their act.”

The FTC plans to issue a proposed rule that would ban the use of misleading earnings claims and give it the power to seek monetary relief for consumers harmed by those claims.

Fortsch, Villafranco, and Vladeck appeared on the same panel, which prompted Villafranco to joke about how he preferred being on a panel with Vladeck to negotiating with him.

“It’s great to be on a panel with David when he’s no longer bureau director, and we don’t have unequal bargaining power,” Villafranco said.