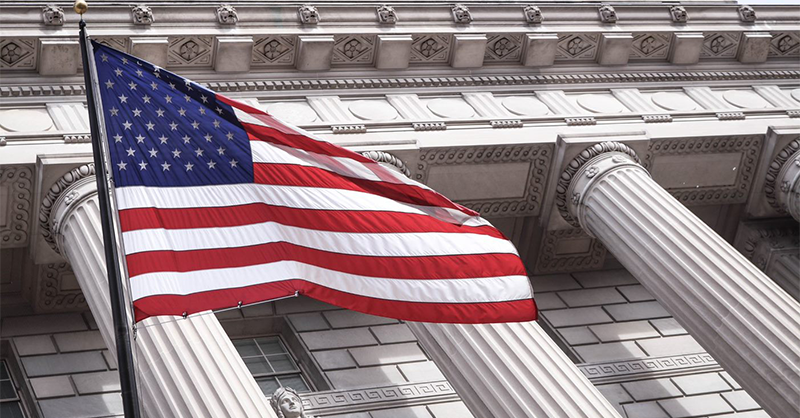 US President Joe Biden unveiled a sweeping executive order on competition today which boasts of strong measures such as encouraging a ban or limit on non-compete clauses, focusing antitrust enforcement on labor, agricultural, and healthcare markets, and asking federal agencies to challenge certain past mergers.

The order, which Biden signed today flanked by Federal Trade Commission Chair Lina Khan, Attorney General Merrick Garland and others, comes on his 169th day in office, with a fact sheet from the White House describing it as “historic” as it establishes a “whole-of-government effort” to promote competition in the American economy. It includes 72 initiatives by more than a dozen federal agencies to “promptly tackle” pressing competition problems in the US economy.

"Competition works," Biden said before signing the order. "We know it works. We have seen it works, when it exists. Fair competition is what made America the wealthiest, most innovative nation in history. That’s why people come here to invent things and start new businesses."

"In the competition against China and other nations in the 21st century, let's show that American democracy and the American people can truly outcompete anyone," he added.

Targeting activities in the technology sector, the order calls for "greater scrutiny of mergers, especially by dominant internet platforms.” Particular attention must be paid to the acquisition of nascent competitors, the accumulation of data, and the effect it has on user privacy, it added.

The order establishes a White House Competition Council — to be led by the director of the National Economic Council — which will monitor progress on finalizing the initiatives in the order. It will also coordinate the government’s response to the rising power of large corporations in the economy.

The order encourages antitrust agencies to focus enforcement in key markets and coordinate with other agencies’ ongoing efforts in tackling corporate consolidation.

One way that companies stifle competition, the fact sheet said, is through non-compete clauses, it said. Non-compete clauses require employees to agree not to work for a competitor in a certain defined region, for a certain period of time.

The order encourages the FTC to ban or limit non-compete agreements and ban unnecessary occupational licensing restrictions that impede economic mobility. It calls on the FTC and Department of Justice to strengthen antitrust guidance to prevent employers from collaborating to suppress wages or reduce benefits by sharing wage and benefit information among themselves.

The White House’s move to protect labor from non-compete agreements isn’t new. On Oct. 25, 2016, then-President Barack Obama released a fact sheet announcing steps to “enhance competition to benefit consumers, workers, and entrepreneurs.” But the president’s efforts were targeted at state enforcement of non-compete agreements and didn’t come with the power of an executive order.

The DOJ, too, previously highlighted the problem of “labor monopsony in mergers”.

Today’s order also recognizes that workers have a free and fair choice to join a union and collectively bargain.

Biden also called on the DOJ and FTC to enforce antitrust laws “vigorously,” saying the law allows them to challenge “prior bad mergers.”

“In the Order, the President announces an Administration policy of greater scrutiny of mergers, especially by dominant internet platforms, with particular attention to the acquisition of nascent competitors, serial mergers, the accumulation of data, competition by 'free' products, and the effect on user privacy,” the White House said.

An area where dominant tech firms undermine competition and reduce innovation is purchasing would-be competitors, the fact sheet said. Over the past decade, the largest tech platforms acquired hundreds of companies — including alleged “killer acquisitions” meant to shut down a potential competitive threat.

“Too often, federal agencies have not blocked, conditioned, or, in some cases, meaningfully examined these acquisitions,” the order said.

Big Tech platforms also gather “too much” personal information given that their business models depend on accumulating extraordinary amounts of sensitive personal data. Hence, the order calls on the FTC to establish rules on surveillance and the accumulation of data.

Platforms’ power gives them unfair opportunities to get a leg up on the small businesses that rely on them to reach customers. Companies operating dominant online retail marketplaces can see how small businesses’ products sell and then use the data to launch their own “copycat products,” the White House said.

Biden also underscored ways that hospital mergers can be harmful, and encouraged the DOJ and FTC to review and revise merger guidelines to ensure patients aren’t harmed by such mergers.

“Thanks to unchecked mergers, the ten largest healthcare systems now control a quarter of the market,” the White House said.

At a May hearing on increased consolidation in hospital markets, US senators were told there was a “real gap in enforcement” between labor and product cases in the healthcare sectors.

Consolidation in the health insurance industry, too, has led to “little choice” in selecting insurers. As such, the order directs the Department of Health and Human Services to standardize plan options in the National Health Insurance Marketplace to make consumers’ comparison shopping easier.

There are other areas where lack of competition in healthcare increases prices and reduces access to quality care. The order encourages the FTC to ban “pay for delay” and similar agreements among drugmakers through  rules.

It also directs the US Food and Drug Administration to work with states and tribes to import prescription drugs from Canada, directs the HHS to increase support for generic and biosimilar drugs to provide low-cost options for patients, and issue a comprehensive plan within 45 days to combat high prescription drug prices and price gouging.

Key agricultural markets have become more concentrated and less competitive over the past few decades, the White House said.

The markets for seeds, equipment, feed, and fertilizer are dominated by a handful of large companies, which has led to family farmers and ranchers paying more for crop inputs. Consolidation also limits farmers’ and ranchers’ options for selling their products, it added.

“Overall, farmers’ and ranchers’ share of each dollar spent on food has been declining for decades. In short, family farmers and ranchers are getting less, consumers are paying more, and the big conglomerates in the middle are taking the difference,” the White House said.

The order directs the US Department of Agriculture to consider issuing new rules under the Packers and Stockyards Act to make it easier for farmers to bring and win claims and stop chicken processors from exploiting and underpaying chicken farmers.

It also called on the FTC to limit powerful equipment manufacturers from restricting people’s ability to use independent repair shops or do do-it-yourself repairs — such as when tractor companies block farmers from repairing their own tractors.

Further, the order says cell phone manufacturers and other companies impose restrictions on self and third-party repairs, making repairs more costly and time-consuming. This is done by restricting the distribution of parts, diagnostics, and repair tools.

The order asks the FTC to issue rules against anticompetitive restrictions on using independent repair shops or doing DIY repairs of own devices and equipment.

— With additional reporting by Curtis Eichelberger.