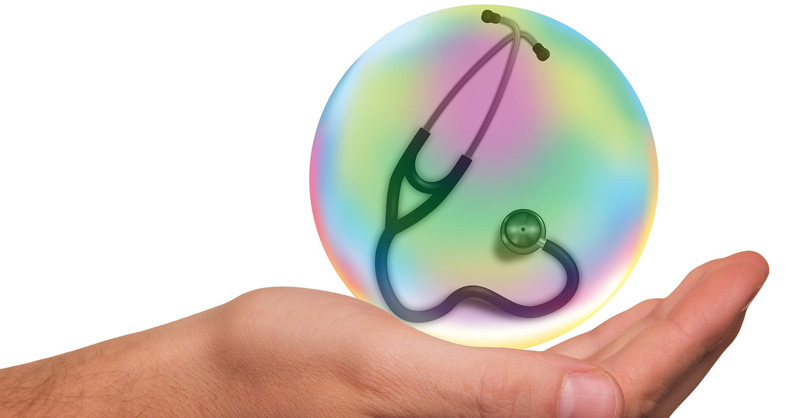 The Biden administration and lawmakers are working on ways to beef up antitrust enforcement in the healthcare sector.

There are bipartisan legislative efforts in both houses of Congress, the Federal Trade Commission is examining how it reviews pharmaceutical mergers, and the Justice Department is giving additional scrutiny to a proposed merger in the healthcare technology space.

One of their bills is aimed at accomplishing this by limiting “pay for delay” deals, in which branded drug manufacturers pay generic, biosimilar and interchangeable biologics manufacturers to delay bringing their products to market.

“It is outrageous that we still have this practice going on where pharmaceuticals are paying their competitors, generics, to keep their products off the market. There’s more we can do on that,” Klobuchar said while testifying at a House Judiciary Antitrust Subcommittee hearing on April 29.

Klobuchar, a Minnesota Democrat, chairs the Senate Judiciary Committee’s antitrust subcommittee and Grassley, an Iowa Republican, is the senior member of his party on the full committee.

Another of their bills would reduce the incentives for branded pharmaceutical companies to file petitions with the Food and Drug Administration to interfere with regulatory approval of generics and biosimilars. It would also give the FTC additional powers to act against companies that file these petitions.

They have also introduced a measure aimed at curbing “product hopping.” That occurs when a pharmaceutical company makes a slight change to a patented drug nearing the end of its exclusive period so the company can extend its control over the drug, delaying introduction of a generic alternative.

During the House hearing, Subcommittee Chairman David Cicilline of Rhode Island and Ken Buck of Colorado, the panel’s top Republican, said they support similar legislation in their chamber.

None of the bills has yet been voted out of committee.

No industry representatives testified at the House subcommittee hearing.

The Pharmaceutical Research and Manufacturers of America has said little publicly on the proposals, though in the past it has expressed concern that measures such as these could stifle innovation and ultimately hurt consumers.

But witnesses invited by both parties supported changes to improve antitrust enforcement in healthcare, though they differed about the impact of the bill on innovation.

Michael Carrier, co-director at Rutgers Institute for Policy and Law, said enforcers should have a presumption against approving mergers between large pharmaceutical companies.

Carrier, a witness invited by Democrats, added that there’s “no good reason” for two large companies to merge because the result would be higher prices and more difficulty for new competitors to enter the market. He also said the new company would probably not create more innovative products.

Alden Abbott, who was general counsel of the FTC during the Trump administration, urged lawmakers to give the FTC jurisdiction over nonprofit entities. But he argued against some of the broader changes to antitrust law being advocated by Klobuchar and Cicilline.

He recommended that legislators “seriously weigh whether in attacking a particular practice, the benefits of eliminating targeted harmful conduct would likely be outweighed by the costs of condemning and deterring specific instances of such conduct that could have benefited consumers, including through innovation.”

The congressional discussion of antitrust in healthcare comes after the FTC announced the establishment of a working group to examine pharmaceutical mergers and see if there are ways to strengthen the review process and prevent harmful deals from going through. It’s a project that includes the DOJ, state attorneys general and competition authorities in Canada, EU and the UK.

The DOJ has issued a second request as part of its review of UnitedHealth Group’s proposed $8 billion acquisition of health technology company Change HealthCare. UnitedHealth has a subsidiary, Optum Insight, that competes with Change.

When the companies announced the deal in January, they stated “this combination unites two technology and service companies focused on serving healthcare. Their combined capabilities will more effectively connect and simplify core clinical, administrative and payment processes — resulting in better health outcomes and experiences for everyone, at lower cost.”

The American Hospital Association wrote the DOJ that the merged company would “reduce the competition between two similarly scaled competitors for these services. The acquisition also will concentrate an immense volume of competitively sensitive data in the hands of the most powerful health insurance company in the United States, with substantial clinical provider and health insurance assets, and ultimately removes a neutral intermediary.”

The trade association, however, isn’t against all mergers in the healthcare industry that could reduce competition.

The agency sued to block the merger of the Thomas Jefferson University and Albert Einstein Healthcare Network, alleging it would harm competition in three distinct markets. It lost at trial and decided to drop its lawsuit.

When the FTC challenged the proposed combination, the association complained to Congress and urged lawmakers “to make clear that antitrust enforcement in the hospital sector needs to account for all relevant factors, not simply the FTC’s myopic modeling of speculative future results of contract negotiations between large commercial health insurance companies and hospitals.”