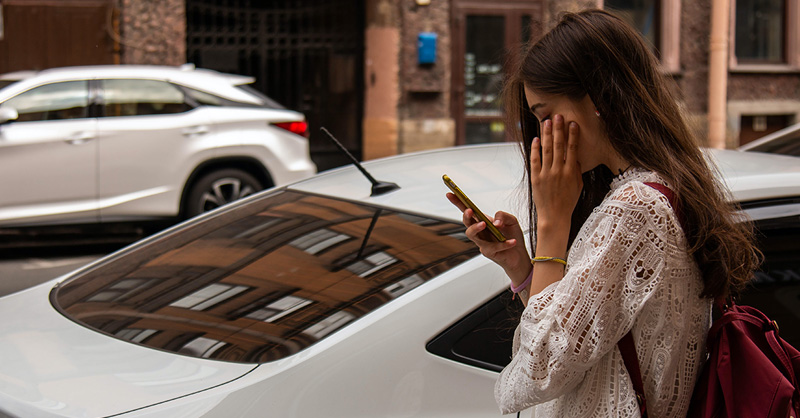 Connected-car patent pool Avanci’s 5G licensing program was approved by the US Department of Justice, possibly buffering the company against antitrust headwinds around the world. But the program still could pose the same concerns as those that licensees of standardized cellular technologies have been raising for years.

Avanci, which licenses cellular communications technology to carmakers, won support from the DOJ’s antitrust division through a business review letter issued in late July. The platform will act as a “one stop shop” and make licensing standard-essential patents for connected vehicles more efficient, the division said in a statement.

Yet while the DOJ said it consulted “with a range of stakeholders in the automotive and telecommunications industries, including potential licensors and licensees,” some on the licensee side are unhappy with the outcome. Car companies and parts makers feel frustrated by the process Avanci used to win approval and are concerned about anticompetitive licensing practices going forward.

Dallas-based Avanci has more than three dozen members, including Qualcomm, Nokia, Panasonic, Sharp, Siemens and Sony. It licenses cellular patents to more than a half-dozen carmakers including BMW, Volvo and Volkswagen.

In the letter, antitrust division chief Makan Delrahim supported Avanci’s plan for “end-level” licensing, a significant sticking point between SEP owners and their licensees. The practice is hotly contested, pitting patent holders seeking licenses based on the cost of a finished product, such as a car or a cell phone, against finished product makers wanting licenses tied to lower-cost components.

Business review letters are issued by the DOJ to offer an opinion on the possible legality, or illegality, of an organization's planned conduct. They are often used by groups to ask questions about potential joint conduct, and have been used by several standards bodies to ensure the DOJ’s antitrust division is on board with proposals related to intellectual property.

The process is by definition forward-looking, and companies can’t seek approval for something that’s already happening. While Avanci’s 5G program isn’t yet operational — the company was waiting for the letter to assemble a group of licensors and begin negotiations — a criticism of the DOJ decision to issue the letter is that some elements of Avanci’s 5G licensing program are already included in its existing 3G and 4G offerings.

Critics say the involvement of existing conduct should have precluded the letter's issuance.

Existing practices include end-level licensing and Avanci’s plan to reimburse its members for litigation costs. While the DOJ said litigation reimbursement may incentivize infringement lawsuits, it said Avanci has implemented other safeguards to prevent that.

Avanci's founder and CEO, Kasim Alfalahi, told MLex in an interview although they feel "very confident" about the licensing program on offer so far, there are a number of things that will be done differently with the 5G program, such as how revenue share is allocated to patent owners in the pool. "We felt it would be really worth it for us and for everybody involved if we get a third party to look at it," he said.

And on May 21, the Alliance for Automotive Innovation wrote to DOJ Attorney General William Barr to “raise concerns” over the antitrust division’s actions in relation to Avanci’s 5G platform, saying it “could harm competition and innovation in the automotive sector,” according to a document seen by MLex.

In the letter, alliance head John Bozzella implored the DOJ to have a “substantive engagement” with the automotive industry — prospective licensees — over the pool's potential effects. “The Division should not, and cannot, endorse any 5G patent pool without ensuring that licenses to the pool are made available to all participants in the automotive industry, as such a pool would likely harm American competitiveness, innovation and job creation in the automotive sector,” Bozzella wrote.

Bozzella did not respond for comment after the letter was released.

Brussels-based industry group Fair Standards Alliance — which counts Audi, Daimler, Honda, Google and Apple among its members — lamented that the DOJ did not acknowledge Avanci’s refusal of licenses to willing SEP licensees such as car component makers solely because they operate higher in the product value chain. This violates the commitment to license SEPs on fair, reasonable and non-discriminatory terms, and may raise significant competition concerns, the group told MLex.

But the DOJ said Avanci’s 5G program will benefit competition. “Indeed, as more licensors join the pool, the proposed 5G Platform has the potential to reduce licensing disputes, including efforts by individual licensors to ‘hold up’ implementation of the standard or stall the roll out of 5G connectivity in certain vehicles,” Delrahim said in the letter to Avanci’s counsel.

The DOJ has done a "very thorough investigation" and business review letters are “authoritative," the pool’s general counsel, Mark Taken, told MLex during the same interview.

Avanci acknowledges the ongoing debate about what the most efficient way to license the automotive industry is, which it expects will continue. The pool welcomes guidance from the DOJ, courts and elsewhere.

“If the industry wants licensing done in a certain way, we are happy to work with the industry,” Alfalahi said, adding that if the auto industry wants to change licensing solutions in any way, “we are very open to finding a different solution. If it is more efficient, that's even better.”

Critics also said the DOJ was swayed by Avanci’s promise to offer licenses on fair terms, despite not having any obligation to do so. Only the actual patent owners have made so-called Frand promises to standard-setting organizations.

Indeed, Avanci is currently battling an antitrust lawsuit in Texas along with four other members of its pool — Nokia, Sharp, PanOptis and Conversant — filed by German car parts maker Continental’s US arm. The component maker has accused the four of collusion, refusal to license and of charging supra-FRAND royalties for 2G, 3G and 4G cellular technology in a complaint filed in May 2019.

Avanci submitted the business review letter in support of a motion to dismiss Continental’s antitrust claims soon after its 5G platform was green-lighted. Continental Automotive was quick to respond, telling the court that the DOJ findings on the 5G patent licensing program are not law and not relevant to its case.

Avanci member Nokia is also under scrutiny in Europe after complaints from German carmaker Daimler, and parts makers Continental, BURY, Valeo and Gemalto. Alfalahi said Avanci is willing to engage with antitrust enforcement agencies around the world should they have questions, but it has not been contacted by the European Commission as part of the probe.

The Korea Fair Trade Commission is also understood to be fielding complaints regarding Avanci and its members, but has not yet reached out to Avanci, the company said.

Both the DOJ and European Commission have acknowledged the benefits of patent pools for more than 20 years. Still, the agencies are on alert for collusion among members.

Avanci maintains its pool is efficient and aims to provide good licensing solutions as a one-stop shop. End-level licensing is not a practice that is out of bounds of the marketplace given that more and more connected cars are being rolled out each year, Taken told MLex. Car brands such as BMW Group, Audi, Volkswagen, Bentley, Skoda, Rolls Royce, MAN, Polestar and a few others are existing licensees.

Nevertheless, the auto industry awaits details of Avanci’s 5G program, such as the new flat rate and licensors offering their patents. Should major licensors opt out, carmakers will have to worry about signing bilateral 5G licenses.

Potential licensees are also waiting for clarity from Europe as the German competition authority last month raised a set of questions in ongoing German patent litigation between Nokia and Daimler. Next up is an Aug. 18 hearing when Mannheim court judges will deliver their ruling in one of the cases. Many expect the court to decide if it will send a referral request to the top EU court in Luxembourg. The referral could create years of uncertainty for technology companies seeking to sign license agreements, tying up Avanci’s plans indefinitely.