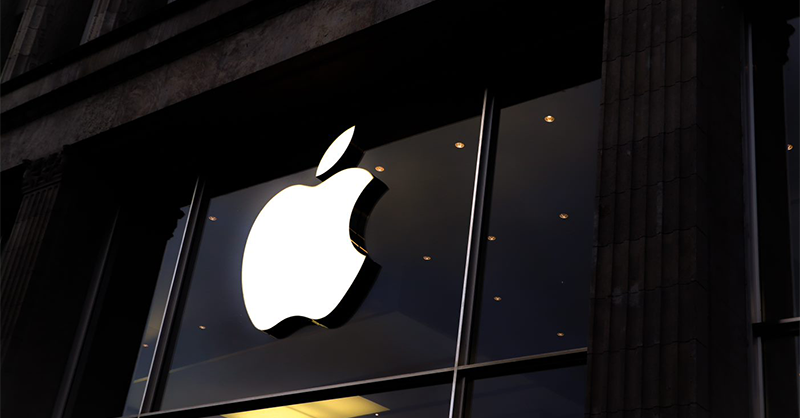 Apple and a handful of Big Tech companies make unique products that can't be replicated by competitors, and that’s a problem — at least that's what legislators and antitrust regulators increasingly argue as they consider whether to limit those companies' dominance in the online marketplace.

Now, Apple is using that same argument to push back against a slate of US antitrust bills introduced in June. Instead of boosting competition in the tech industry, Apple argues, the proposed legislation would actually undermine what makes its products so unique and popular: their privacy and data security protections.

After all, privacy is not just important, “it is a fundamental human right,” according to Apple. The iPhone maker argues that its privacy features afford “peace of mind” to developers as well as users who feel confident downloading their apps.

Ultimately, it’s consumers who would suffer, now and in the future, particularly when it comes to protecting their health, financial and location information, a company representative for Apple said. The bills aren’t aimed at competition in the tech industry broadly, and specifically target Apple, Google, Amazon, Facebook and Microsoft, he said — an unusual regulatory strategy that could have unintended consequences.

“Our ability to continue to develop our privacy features will be hamstrung by some of these proposals,” he said.

Of particular concern is the “American Choice and Innovation Online Act,” introduced by Antitrust Subcommittee Chairman David Cicilline, he said.

Apple believes the Cicilline bill, along with Europe’s Digital Markets Act, would mandate “sideloading” and allow iOS users to download apps from sources other than its App Store. Over time, Apple has opened up its iOS platform, going from about 10,000 application programming interfaces, or APIs, accessed by developers in the platform’s early years, to about 150,000 today, all related to the iPhone, the Apple representative said.

Cicilline’s proposal is part of a bipartisan legislative agenda comprising a total of five bills aimed at curbing Big Tech monopoly power. Co-sponsored by Lance Gooden, the bill seeks to prohibit discriminatory conduct by dominant platforms, including a ban on self-preferencing and picking winners and losers online.

Specifically, it would target conduct that restricts or impedes dependent businesses from accessing commercial data generated by the activities of a business dependent on the platform. It would also target and restrict the capacity of rival businesses to access or interoperate with the platform.

Further, Cicilline’s bill covers any conduct where a platform interferes with or restricts a business’s pricing of its goods or services.

During a landmark overnight session for the markup of the bill on June 24 — which advanced by a 24-20 vote — California’s Democratic lawmakers put up a stiff resistance, warning that Apple’s curated app store could be flooded by Chinese apps that would “go all the way down the stack into our data”.

Regulators and lawmakers have recognized there is a balancing act between privacy and antitrust regulation. Data portability and interoperability mandates could reduce barriers to entry and network effects that allow tech giants to entrench their dominance. But they could also trigger privacy problems, tech companies say, if such mandates force the sharing of consumer data with companies consumers didn't choose to share it with.

Other tech companies said they share Apple’s concerns. Google said in a statement that it’s not opposed to antitrust scrutiny or new antitrust regulations.

“But American consumers and small businesses would be shocked at how these bills would break many of their favorite services,” said Mark Isakowitz, vice president for government affairs and public policy. “This would all dramatically undermine US technology leadership, damage the way small businesses connect with consumers, and raise serious privacy and security concerns.”

A lobbying group funded by the tech industry, Chamber for Progress, was recently launched to push the narrative in Washington DC that the antitrust bills are trying to fix a problem that doesn’t exist for consumers. On June 23, the group released a poll that said 2,000 registered voters ranked tech company regulations last on their list of concerns, behind the economy, public health, climate change, and infrastructure.

Apple released its own report in June on the potential privacy issues that could arise from the legislation, particularly around the collection and dissemination of health, financial and location information. Letting users download apps directly onto their iPhones from anywhere they find them would threaten privacy protections, complicate parental controls and possibly expose personal data to hackers.

Apple’s existing privacy protections for users, such as being able to block apps from sharing tracking data with third parties, would be undermined by the proposals, he said, as well as the privacy “nutrition labels” that Apple requires apps to display about their collection and use of personal data.

“Our concern is that with sideloading and the technology interoperability mandate, it would give developers an opportunity to sidestep those policies on our devices,” the Apple representative said.

Health, financial, and location data are particularly risky to share with third-party app developers, he said, which is why Apple has restricted access to that type of information since the iPhone was launched.

“We want to be very careful about how we want to open up the technologies that help you monitor your health,” the Apple representative said, because opening up health data stored on the iPhone and other devices “creates some real risk” and “raises some significant concerns.”

It’s a familiar argument for Apple. Apple’s privacy practices were at the heart of its defense against Epic Games’ claims that it is illegally monopolizing the App Store, during their blockbuster antitrust trial in May. Apple takes a 30 percent cut from app developers’ revenues and imposes various policies to sell their apps on the App Store.

Epic wants a judge to force Apple to allow other app stores to sell games on Apple devices and to stop Apple from forcing developers to use its in-app payment system.

Apple countered at trial that its practice of vetting the security and privacy of apps before offering them on the App Store helped make them safe and more secure, and ultimately, more popular with consumers.

The issue is so critical for Apple, Chief Executive Tim Cook was brought in to testify that sideloading would damage privacy and security, an argument he made again in Paris at a virtual conference in June.

US District Judge Yvonne Gonzalez Rogers in Oakland, California, is expected to issue her ruling in the coming weeks.