US cracks down on forced labor in supply chains, convinces allies to do same 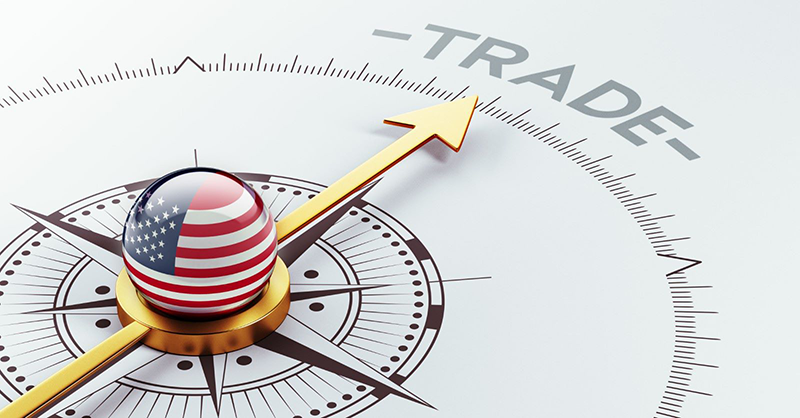 These are among the imports US Customs and Border Protection has detained in recent years under the agency’s expanded authority in 2015 to block the import of goods suspected to have been made with forced labor.

The enforcement will become stricter under President Joe Biden, whose worker-centric trade policy deems forced labor a form of modern slavery and an unfair trade practice that disadvantages US workers and manufacturers. Biden even convinced leaders of the world’s advanced economies to commit this month to removing forced labor from global supply chains with a focus on the agricultural, solar and garment sectors, which are the main supply chains of concern in Xinjiang, China.

Companies had already been subject to increasing pressure to implement due-diligence measures to prevent and mitigate their exposure to products made with forced labor. The1993 Customs Modernization Act requires importers to exercise “reasonable care” and know their legal and regulatory obligations regarding the merchandise they buy from abroad — which means they have to know where and how their products, as well as the materials in them, are made. Failure to comply could lead to penalties, seizures or criminal enforcement.

“It’s important for importers and other folks in the trade community to recognize that this is not an issue that’s going away,” Ana Hinojosa, CBP’s executive director for trade remedy law enforcement, said in an interview with MLex.

The US is so far the only country to ban the importation of products that are mined, manufactured or produced — wholly or in part — with forced labor, using its authority under Section 307 of the 1930 Tariff Act. The government, however, sparingly enforced the authority mainly due to a “consumptive demand” clause that exempted products not available in the domestic market to meet the demand.

“It was an unintentional loophole for enforcement,” Hinojosa said, as US companies over the decades moved their manufacturing operations abroad or opted to source materials from areas that offer low production and labor costs.

That loophole was removed in 2015 by Congress, as part of the Trade Facilitation and Trade Enforcement Act, to protect domestic producers from competing with goods made with forced labor.

Part of the increased enforcement has stemmed from growing scrutiny of the Chinese government’s treatment of minority groups in Xinjiang, an autonomous region in the country’s northwest where an increasing number of factories and farms have set up shop.

The two events created a “perfect storm” in which companies were caught between the growing supply chain opportunities in the region and China’s human rights abuses, said Shelly* Han of the Fair Labor Association.

Since the removal of the Section 307 loophole, CBP has issued nearly 30 withhold release orders (WROs) — a significant spike from the zero orders from 2000 to 2015, according to a Congressional Research Service analysis.

CBP initiates forced labor proceedings based on allegations from a variety of sources, including investigative news reports and civil society organizations. The proceedings are also based on tips from the agency’s online trade violations portal and Immigration and Customs Enforcement's Countering Human Trafficking Center.
To stop imports made with forced labor, CBP issues either a WRO or a formal finding.

A WRO is an internal communication that orders agency personnel to withhold a shipment based on a reasonable suspicion that the goods are tied to entities that use forced labor. The detained shipment still belongs to the importer. To release it, the importer has two options: re-export the merchandise so it doesn’t enter the domestic market, or provide appropriate documentation within a three-month period to prove that it isn't tainted with forced labor.

If the importer fails to act, CBP will exclude the merchandise from entering the US border or destroy it if the importer doesn’t re-export the goods in 60 days.

In May, CBP issued the latest WRO, which targeted tuna, swordfish and other seafood harvested by Dalian off the coast of Indonesia, China and Senegal. The agency also barred downstream products such as canned tuna and pet food that contain the seafood allegedly harvested by force labor. It was the first WRO against an entire fishing fleet and the fourth involving fishing vessels in the past two years.

A formal finding is a more definitive determination, and is published in the Federal Register. Such a finding indicates CBP has sufficient information that a company uses forced labor in the merchandise’s production process. The agency then seizes or takes possession of the shipment unless the importer successfully disputes the findings.

The agency also started detaining, in 2019, rough cut diamonds from the Marange Diamond Fields in Zimbabwe, gold from some small mines in Congo and tobacco products from Malawi. In 2018, the agency issued a WRO on all Turkmenistan cotton products.

In the growing economic competition between the US and China, forced labor in Xinjiang is a factor. The Trump administration last July even issued a business advisory warning of the “reputational, economic and legal risks” that companies will face if their supply chains are linked to entities engaged in human rights abuses.

CBP has issued WROs in the past two years targeting computer parts, hair products and textiles sourced from Xinjiang. The agency also ordered the detainment of all products made by workers at a training center based on information alleging the facility is an internment camp that provides prison labor to nearby manufacturing facilities.

The agency is currently looking into allegations that Xinjiang factories use forced labor in the production of polysilicon goods, which are in solar and semiconductor products. CBP’s Hinojosa said the agency doesn’t comment on ongoing investigations. House Ways and Means Committee Democrats, however, pressed the agency this month to block the imports.

Meanwhile, Biden has taken forced-labor concerns to foreign allies as part of an international effort to stem China’s global influence. In a communiqué this month, Group of Seven leaders agreed to focus on agricultural, solar and garment sectors, which are the main supply chains of concern in Xinjiang.

“What we expect is that other G7 partners will look at various forms of restrictions on goods that are proven to be produced with forced labor,” White House National Security Advisor Jake Sullivan said last week. “Our expectation is that we will align in a broad approach to take tangible action against or related to the supply chains emerging from forced labor jurisdiction.”

US trade chief Katherine Tai also raised the issues of forced labor in ongoing negotiations at the World Trade Organization to curb government subsidies to fishing activities. Tai introduced the proposal ahead of the CBP order against Dalian’s merchandise.