EU's 'fit for 55' plans will find resistance on tax, transport and tariffs 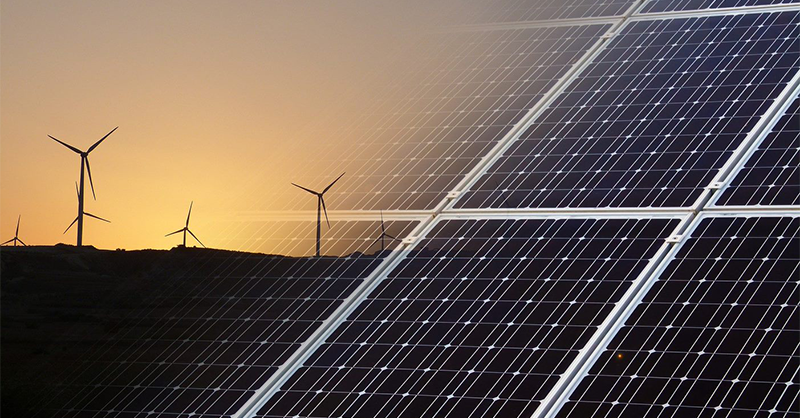 World leaders’ soaring rhetoric on the climate crisis was translated into legislative proposals for the first time this week, as the European Commission laid out a dozen draft laws that will change how Europeans travel, trade and heat their homes over the next decade and beyond.

The “fit for 55” package sets out exactly how the EU executive plans to reduce the bloc’s emissions by 55 percent from 1990 levels by 2030. The measures are cautious in some areas, radical in others; but overall constitute the most ambitious climate proposals to be committed to paper anywhere in the world.

The proposals include higher goals for clean power and energy savings, various measures to tighten and expand the Emissions Trading System, new obligations for ships and planes to use clean fuels, and a de facto ban on the sale of new petrol and diesel cars by 2035.

Now comes the difficult part. Introducing the proposals on Wednesday, EU climate commissioner Frans Timmermans was the first to acknowledge that implementing the plans is going to be “bloody hard to do,” risking “massive” resistance from citizens and global trade partners at any whiff of unfairness.

The first battles will be fought in the corridors of Brussels, as governments and lawmakers fight to water down the provisions that they deem too costly, burdensome or politically risky.

The most sensitive proposals are likely to be a new ETS covering transport and buildings, which raises fears of hitting poor citizens hardest; the heavy push toward electric vehicles, for the same reason; a new carbon tariff, for its potential impact on competitiveness and trading relationships; and higher minimum taxes on fossil fuels, which will require the unanimous approval of national governments.

By contrast, new obligations on the largely unregulated shipping and aviation sectors are likely to be fairly uncontroversial — and indeed have been criticized by NGOs for not going far enough. Likewise, new efficiency and renewable energy goals are likely to be broad enough to avoid any obvious pain points.

The guiding principle, Timmermans said, is to “put a price on carbon, and a premium on decarbonization.”

He suggested that governments accepted the need to make hard choices, having agreed last month to pass the overall 55 percent target into law. Now it’s just a question of making sure the measures are “balanced and fair.”

An enduring memory in policymakers’ minds is of the French “yellow vests” protests, which erupted in 2018 against a backdrop of rising fuel prices and general living costs. A proposed new ETS on heating and transport fuel has created fears of provoking a similar backlash.

Making homes more energy-efficient and reducing citizens’ incentives to drive look like low-hanging fruit from a technocratic perspective. National governments, though, will want to avoid the perception that they're sticking the bill for the green transition on consumers, especially those from the lowest income brackets.

Germany has a comparable system at home, and may therefore be receptive to similar measures at the EU level. The support of the bloc’s biggest economy counts for a lot, but could still be outweighed if other countries unite against it.

Anticipating this, the commission has proposed a “Climate Action Social Facility” to ease the burden on consumers. Financed from part of the new ETS revenues, the fund will be distributed to national governments to support programs for buildings renovation and the uptake of clean vehicles.

Nevertheless, the new ETS is not the only measure that will raise fuel prices, as the commission is also attempting to introduce a higher minimum tax rate on all fossil fuels, while ending national exemptions and subsidies. It will also link future tax rates to inflation.

This measure may be particularly hard to pass because tax in the EU is a matter of national jurisdiction. While most of the measures proposed on Wednesday can pass with the support of a “qualified majority” of national governments, tax measures require unanimity.

Another area where governments might push back is a requirement in the energy efficiency rules to renovate public buildings, including public housing, at a rate of 3 percent of the stock each year. Alongside an overall requirement to cut energy consumption by 9 percent over the next decade, this has the potential to strain national budgets.

Governments and lawmakers could also be concerned about national industries that might be affected by proposals to phase out certain technologies or introduce trading restrictions.

One of the most contentious proposals for industry is the plan to phase out all CO2 emissions from new cars and vans by 2035, amounting to a de facto ban on the internal combustion engine.

Some carmakers have already taken voluntary initiatives to switch their fleets to low-emission vehicles, but this proposed phaseout is steeper than most of them have planned for.

Furthermore, the commission plans to scrap incentives for low-emission vehicles from 2030, while maintaining premiums for manufacturers whose cars exceed their yearly emissions targets.

EU automotive lobby ACEA says the target is “simply not viable” unless all parties including national governments significantly increase their efforts. It called on EU lawmakers to “focus on innovation rather than mandating, or effectively banning, a specific technology.”

Another concern for industry is the proposed Carbon Border Adjustment Mechanism, which will put a price on carbon-intensive imports to the EU market.

While supported by EU heavy industries such as steel, the measure could also raise costs for downstream industries that use these products, and risks harming relations with trade partners — many of which, including the US, India and China, have already threatened to challenge the measure at the World Trade Organization.

The levy isn't expected to generate any revenues until 2026, which may be enough time for other global economies to introduce similar policies: The idea of a carbon border tax is gradually gaining traction among Democrat lawmakers in the US.

The commission also by then hopes to draw up a list of exemptions for jurisdictions whose carbon markets are sufficiently similar to the EU’s own.

Whether the EU’s proposal is seen five years from now as an example of protectionism or leadership, therefore, may be outside the control of anyone in Brussels.