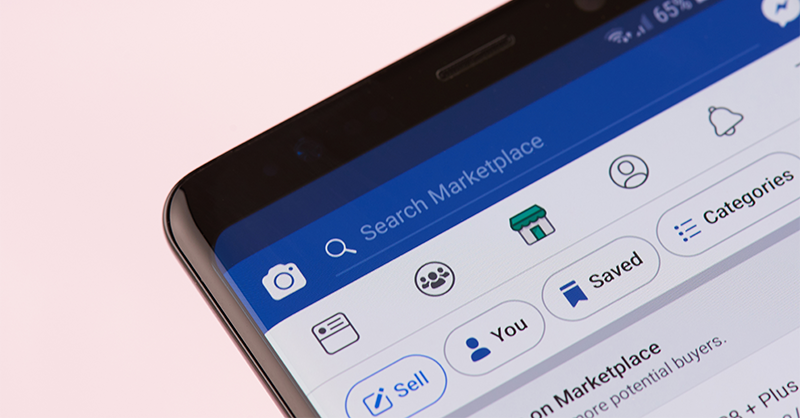 Facebook first rolled out its e-commerce service, called Marketplace, in October 2016 in four countries, including the US and UK.

Marketplace is now one of the world’s most popular e-commerce sites, serving dozens of countries and attracting billions of users — including those that advertise and sell counterfeit products. Many businesses claim those sales are largely a result of Facebook’s lax measures to clamp down on counterfeiters on its social media platform, as well as on affiliated apps Instagram, a photo and video-sharing site, and WhatsApp, a messaging service.

Businesses brought those complaints to the Office of the US Trade Representative in comments made public last week as the agency prepares an annual report, the “Notorious Markets List,” that flags IP violations as trade barriers.

The report's goal is to motivate the private sector and governments to fight piracy and counterfeiting. Last year, USTR for the first time featured online platforms’ role in abetting the importation of counterfeit and pirated goods, spurring businesses to argue that Facebook and its affiliated platforms should be added to the list.

Facebook’s counterfeit problem mainly lies outside the US, according to the Intellectual Property Owners (IPO) Association, a business group that comprises more than 125 companies, including multinational corporations Hewlett Packard Enterprise, Pfizer and 3M Innovative Properties.

Marketplace “is overrun with counterfeit sales, including both goods explicitly being sold as counterfeits and counterfeit goods being passed off as the real thing,” IPO’s Daniel Staudt said. “Our members report increasing numbers of complaints from consumers who have been duped on Facebook Marketplace."

"These issues will become even more pronounced if Facebook does not beef up its policies and enforcement," Staudt said.

Facebook, through a spokesperson, said in an email to MLex that it fosters a "trusted community," and its terms and policies expressly prohibit users from posting content that sells or promotes counterfeits. The company works with brands to stop counterfeits, as demonstrated in its agreement to a European Commission memo from March 2019 that brings together online platforms and rights holders to prevent counterfeits from being sold online, the spokesperson said.

In comments solicited by the USTR, businesses said advertisements of fake products on Facebook and Instagram are also an issue.

The American Apparel & Footwear Association, representing more than 1,000 brand names such as JCrew, Lacrosse and Jimmy Choo, assert that counterfeits, phishing and fraud have drastically increased in the last year on Facebook and Instagram profiles and pages.

One association member reported “approximately 3,000 notices — whether that is sellers, groups, pages, Marketplace listings, infringing ads, dupe influencers — every month,” according to association President Steve Lamar. “Some of these accounts, pages, and groups have thousands of members and are updated on a daily basis, further allowing for users on the platform to be connected with a steady stream of illicit content,” Lamar said.

Facebook, however, said it continues to refine its IP policy as Marketplace expands. The company spokesperson said Facebook has streamlined the process for brands to report counterfeits and created "dedicated reporting forms" on Facebook and Instagram. Counterfeits get removed typically within a day or less and, in many cases with a matter of hours, the spokesperson said.

Facebook said it will review an entire Facebook profile, page, group, ad or Instagram account, as well as impose preventive measures, such as placing temporary feature limits or removing access to certain product features for users who have been reported several times.

WhatsApp also drew criticism for allegedly facilitating communication and payments between sellers and customers, according to International AntiCounterfeiting Coalition (IACC), which has hundreds of members in industries whose products include automobiles, pharmaceuticals, technology and luxury goods.

Facebook used to be attentive and responsive to IP violations, but those efforts have significantly deteriorated over the past year, said Travis D. Johnson, the coalition's vice president for legislative affairs. “The resolution of complaints, once measured in terms of hours, now frequently stretches to several days,” he said.

“And even those brands who’ve engaged with the platform for several years described having seen substantial increases in refusals by both Facebook and Instagram to remove clearly infringing listings; the reasons provided for such refusals are said to be vague or irrelevant to the listings at issue,” Johnson said.

The Anti-Counterfeiting Educational Foundation, which assists law enforcement in cracking down on counterfeit collectible and bullion coins, said it has monitored more than 150 pop-up ads selling fake coins and found a trend: Counterfeiters who purchase pop-up ads also buy hundreds of website domain names so that when one site shuts down, a new one with the same template as the shuttered site opens.

“This generates a non-stop profit for Facebook who is profiting from selling their pop-up ads to fraudsters,” foundation Director of Anti-Counterfeiting Doug Davis said. He said sellers of counterfeit coins appear to have return addresses in China.

“Facebook, in enabling and profiting from such pop-up ads, serves as the attractive initial conduit through which this criminal activity is ultimately funneled to consumers who get tricked into buying cheap rip-offs of a valuable coin with currency value produced by the United States Mint,” Davis said.

The Internet Association (IA), a lobbying group that represents major e-commerce and social-media firms, defended Facebook's efforts to combat counterfeiting and piracy, telling USTR that the platform has updated this year a dashboard called the “Commerce & Ads IP Tool” for IP-rights holders to search for and report infringement.

Other proactive measures include the review of pre-published ads and commerce listings that use artificial intelligence and machine learning to identify suspicious indicators, such as keywords and discounts, to block suspected counterfeiters before they go live, IA said.

IACC members, however, report that Facebook's enforcement is piecemeal, Johnson said, citing the “Commerce & Ads IP Tool” as an example. The tool doesn't trigger a holistic review of an account or related accounts on Instagram and WhatsApp for additional illicit activity, Johnson said.