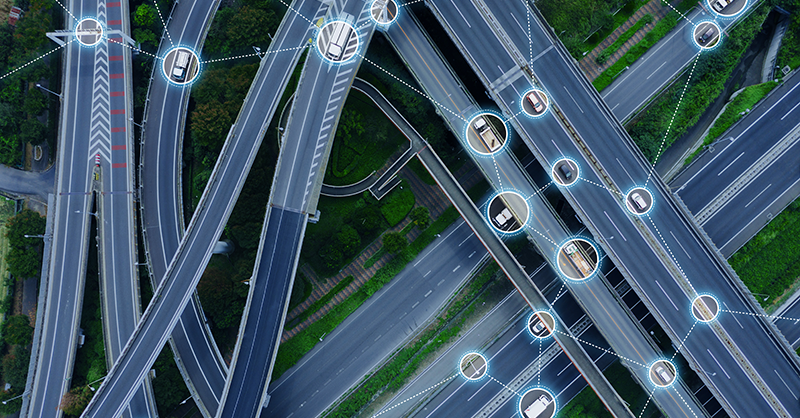 Following a recent court setback over spectrum to deploy technologies that enable cars to communicate with their surroundings, carmakers, equipment suppliers and transportation agencies in the US have stepped up efforts for federal regulatory certainty.

Vehicle-to-everything (V2X) communication technologies — which allow cars to “talk” to other cars, pedestrians, roadside facilities and work zones — are touted as tools that significantly boost safety and improve traffic management, yet they can also be used for profit-generating advertising and entertainment services enabled by connectivity.

The US Department of Transportation hosted a two-day summit* on V2X to gather input from stakeholders in the government, academia and private sector to discuss how best to move the industry forward.

“Our experiences through Covid and in the past is that we know now, more than ever, that connected and automated vehicles will be prominently featured in our future, and we'll rely on vehicles for everything 'communications.' V2X creates a digital gateway for transportation to participate particularly in the emerging Internet of Things,” said Robert C. Hampshire, DOT's deputy assistant secretary for research and technology.

V2X brings “public safety benefits including, importantly, to crash avoidance for ... vulnerable road users and the reduction of traffic ingestion, which not only supports greater mobility, but then that leads as we know into emissions reduction in some of the climate goals,” Hampshire said.

But a regulator that sent no representative to speak still had a strong presence at the summit thanks to its authority over spectrum: the Federal Communications Commission. Following a recent failed attempt to prevent the FCC from giving spectrum previously reserved for intelligent transportation systems (ITS) to WiFi uses, the voices for regulatory clarity are getting louder.

“There is an absolute need for regulatory certainty and immediate action by the FCC on waivers and very prompt action" on final V2X technical rules, said Carl Anderson of the Federal Highway Administration, echoing similar appeals by states such as Georgia and Utah.

“That certainty is absolutely critical for every sector that's involved in V2X, for the wireless industry to determine how they're going to move forward, for device manufacturers, for vehicles and for the [infrastructure owner operators (IOOs)] to understand what to deploy."

A group of state transportation departments, carmakers and equipment makers are asking for waivers from the FCC to deploy cellular V2X (C-V2X) — a type of V2X that relies on cellular communications technology — in the remaining 30 megahertz in the 5.9 GHz radio frequency band, before final technical rules are adopted.

Earlier this month, a US appeals court upheld the FCC’s decision to carve out 60 percent of spectrum reserved for ITS in 1999 and allocate it for the burgeoning demand of Wi-Fi, confirming the FCC’s authority in spectrum management. The FCC’s 2020 order also designated the remaining spectrum for C-V2X.

The lack of a licensing mechanism is the reason cited for the need for the waivers.  But some criticized the application process as lacking clarity.

"There is not currently … a clear-cut path for being able to get a waiver or to get a license to operate the cellular V-2X technology and that's a very big obstacle in decision making," a forum participant said. "People don't know what to expect in terms of timeline or resources to be able to achieve that. So that was a big problem."

“There is no doubt that the actions of the FCC, and now the inaction of the FCC, have been the single biggest hindrance to the deployment of V2X over the last decade,” said Hilary Cain, vice president of technology, innovation, and mobility policy at auto lobby group Alliance for Automotive Innovation.

Cain said even before the 2020 re-allocation decision, the industry dealt with a seven-year limbo over the spectrum plan for V-2X.

Major carmakers and equipment suppliers such as Qualcomm have announced their commitment to V2X, but they said the lack of regulatory certainty is an obstacle in investment, particularly considering the lifecycle of technology.

The hesitancy is shared by IOOs and original equipment manufacturers (OEMs), according to Tim Drake, vice president for public policy and regulatory affairs at Intelligent Transportation Society America, summarizing a survey on V2X deployment in the 30 megahertz.

“Regulatory uncertainty is a significant hurdle to deployments by both infrastructure owner/operators and OEMs, and it's stifling current action while there's interest in some continued deployment activities,” Drake said. “An effective V2X system needs OEM deployments. Regulations requiring the deployment of V2X systems on vehicles would be a certain motivator for OEMs.”

However, some considered the uncertainty argument an elusive excuse because the US started to plan on ITS back in the 1990s, when the original 75 megahertz spectrum was allocated. Similarly, the FCC has successfully argued before the appeals court that the auto industry failed to make full use of the original allocation.

Uncertainty also comes from the US DOT, the industry says. This includes whether the agency will mandate the technology or move to others, a process that started a few years ago but has not made progress, and whether the DOJ still has confidence in the technology.

Implementation guidance is also needed from the DOT on issues including interoperability and security.

The lack of a national strategy for deployment for V2X is sending companies to China, which automakers say has a more stable regulatory environment. “There are other countries that are doing it better than us … European and American automotive companies are deploying in Asia first,” said Chris Armstrong, vice president at Panasonic. “That sounds really illogical to me.”

“A national C-V2X deployment plan doesn't necessarily have to be an absolute plan,” the Federal Highway Administration's Anderson said. “But the challenge was for the DOT to show the leadership to pull all the sectors together [and] to show how we're going to move together as a nation.”