Facebook's Libra will be restricted, not banned, under new EU plans 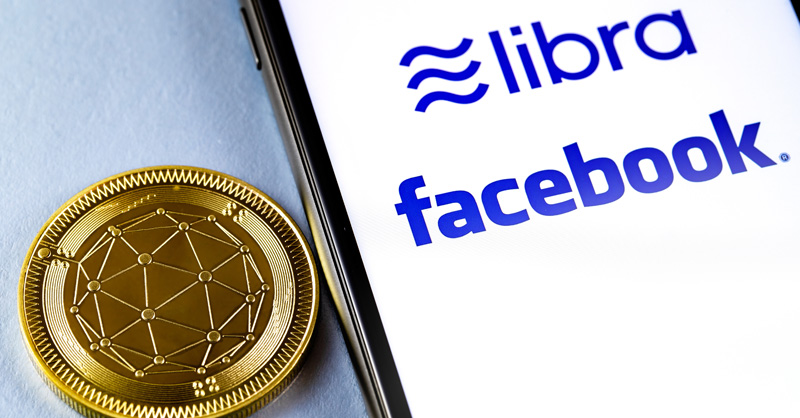 Virtual currencies and other innovative payment methods could ultimately get a boost from EU regulators, despite spiky rhetoric directed toward the Facebook-backed Libra project.

Finance ministers on Friday made eye-catching statements about banning the proposed new virtual asset from Europe altogether. But more privately, officials talk of regulations enabling, not banishing, financial technology innovations — particularly if they are home-grown.

The plans, to be unveiled in the coming weeks as part of an EU financial technology strategy, seem unlikely to halt the latest, much more modest, ambitions of Libra, and officials won’t want to put barriers in the way of any homegrown EU alternative.

The headline rhetoric from ministers is fierce.

“The European Central Bank is the only one to be allowed to issue currency,” France’s Bruno Le Maire told reporters in Berlin on Friday. “This point is something that cannot be jeopardized or weakened by any kind of project, including the so-called Libra project.”

Alongside him stood counterparts from Germany, the Netherlands, Italy and Spain, who underlined the need to protect consumers and the financial system.

Look beyond the headlines, though, and ministers’ goals are rather more modest.

Global crypto assets should be forbidden “until the legal, regulatory and oversight challenges and risks have been adequately identified and addressed,” said a joint written statement from the five ministers.

That suggests Libra will be allowed as long as it plays by the rules — rules which the European Commission is now finalizing. Proposals are due alongside a financial technology strategy which could be issued as soon as next week, draft agendas published by the commission say.

In its current form, there's reason to believe Libra can meet the strictures set out by finance ministers, including that it offer the asset at par with the euro, and have a reserve backed by bank deposits and a small proportion of highly liquid alternatives.

Libra was originally proposed last year by an industry coalition including Facebook, Mastercard and Uber, leading to jitters among regulators concerned with antitrust, financial-stability and money laundering.

Originally billed as a new global currency tied to a basket of dollars, euros and yen, the second iteration of Libra announced in April was rather more modest, more resembling a PayPal-style payment account than an attempt to usurp the ECB’s monetary sovereignty.

That seems much more acceptable to regulators. Rather than draconian curbs, officials at the commission now hope their new legislation can enable virtual currencies, currently locked into national regulatory systems, to break out across the bloc’s single market.

Most probably, they will suggest European supervisors get to scrutinize large cross-border projects like Libra, while letting national authorities watch over smaller scale initiatives.

Ultimately, officials believe regulation can boost, not banish, new crypto asset ideas. Regulatory recognition could help virtual assets to burst into new markets, reaching beyond their current user base of nerds, online buyers of drugs, and unsophisticated investors hoping to get rich quick.

Any new regulations still need to deal with niggles like how to deal with virtual assets issued from outside the EU, and grandfathering rules to ensure holders of existing cryptocurrencies such as Bitcoin don't find themselves suddenly cut off from their assets.

But ministers don’t seem to want to choke off the market for these innovations altogether or hound new suppliers out of the market.

France has just created its own “whitelist” regime allowing prospective cryptocurrencies to seek an official seal of approval, as a preliminary step toward EU rules. Germany has also pushed rules requiring new crypto offerings to publish investor information in approved form, which officials are also keen to see adopted by Brussels.

Perhaps more importantly, ministers will also be keen to enable European banks to develop their own payments system, a rival to the likes of Visa and Mastercard known as the European Payments Initiative.

That idea has found favor with politicians who would ideally prefer new payment innovations to come from Europe, rather than Silicon Valley. But they're aware that overly restrictive EU regulations could kill that idea, too.