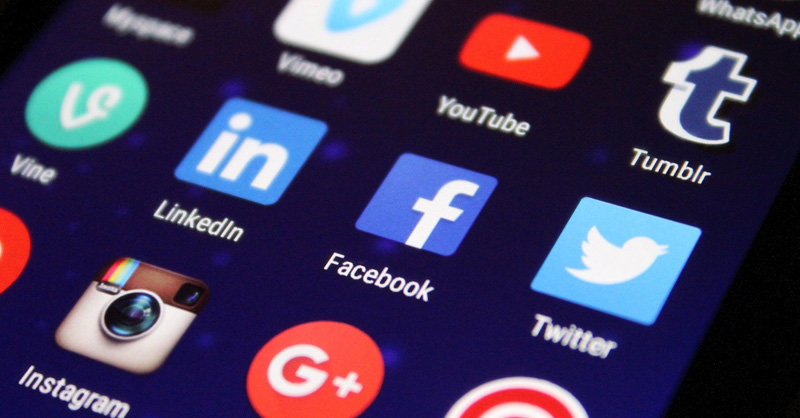 Google, Facebook and other social media giants may face new restrictions as European Parliament members have called for a clampdown on behavioral advertising — a burgeoning business fueled by the amassing of personal data to target individual web surfers.

While legislators have stopped short of urging a complete ban on behavioral advertising, they have made recommendations for more user control and transparency. These may be included in the European Commission’s draft bills that will be proposed by the end of the year as part of the Digital Services Act.

In a clear sign that their concerns have the commission’s ear, a senior official praised lawmakers’ contribution to the debate in May and added specific questions on behavioral advertising to the EU executive arm's consultation questionnaires sent out in June.

Behavioral advertising is now squarely part of the commission’s concerns. The parliament’s legal committee said in a draft report that the Digital Services Act — which will include obligations on “gatekeeper” platforms, stricter rules for hosting content and invigorated antitrust enforcement — should “set clear boundaries” on how data for behavioral ads is collected.

Behavioral advertising has been a lightning rod for criticism since the Cambridge Analytica scandal, which involved harvesting the personal data of as many as 87 million users from Facebook for political advertising purposes.

On both sides of the Atlantic, citizens are outraged about foreign meddling in elections that has used information siphoned off social media platforms to target them with political ads. Microtargeting of political ads is seen as undermining the political debate because citizens are served ads based on their political views, locking them in an “echo chamber.”

German Socialist Tiemo Wölken, the author of the EU Parliament's report, said that regulators, consumers and advertisers are “waking up to the realization that behavioral advertising is far from being as harmless as it was originally thought to be.”

“Behavioral advertising lies at the root of many data protection and privacy concerns,” Wölken said this week in an e-mailed statement to MLex.

Wölken sees the Digital Services Act as an opportunity to tackle a toxic business model that promotes sensationalism and undermines data privacy.

In other reports and opinions, EU lawmakers said the technology is often abused by people seeking to manipulate public opinion. They see behavioral advertising — also called targeted ads or micro-targeting — as a direct threat to freedom of expression, the exchange of ideas and, ultimately, democracy.

The EU debate follows years of concern about behavioral advertising in the US, where the adtech industry has faced negative publicity in the wake of the Cambridge Analytica scandal and foreign interference in the 2016 presidential elections.

While the US lacks a national data-protection law, state laws such as the new California Consumer Privacy Act and the proposed California Privacy Rights Act, could increasingly limit the use of personal data that is the fuel for behavioral ads.

In Europe, the debate over targeted advertising is set to intensify when the full parliament votes on the draft committee reports in October and the commission reviews hundreds of submissions to a public consultation that ends on Sept. 8.

In recent years, behavioral advertising has seen explosive growth as a share of online advertising. It involves monitoring users’ online behavior and using collected data on web searches and browsing, often combined with other data found online, to create a profile of a user that allows the display of individually targeted ads.

It’s hard to know exactly how much revenue is generated from these kinds of ads because Google, Facebook and online publishers don’t break down their revenue by types of ads.

But market researcher IHS Markit estimated in a 2017 study that in Europe, 86 percent of programmatic advertising — the automated buying and selling of ads — used behavioral data. The study was conducted for IAB Europe, a digital marketing industry group, which reported in June that digital advertising grew 12.3 percent in 2019 to 64.8 billion euros ($77 billion).

While the Covid-19 pandemic has put a dent in ad spending, behavioral advertising remains a lucrative business for websites and hundreds of adtech companies. European publishers — from news and sports sites, to content providers — can charge more for targeted ads compared with prices of display or “contextual” ads. The latter are delivered depending on the content of a website, so a movie review blog would serve ads for tickets or a streaming service, for instance.

Privacy advocates have pointed out that the data collection behind behavioral ads violates the EU’s strict General Data Protection Regulation. The practice is inherently illegal because it’s impossible for consumers to give “meaningful consent” under GDPR rules when thousands of companies have access to personal data through real-time bidding for online ads.

“It’s not freely given, specific, informed and unambiguous consent,” said an official at BEUC, the umbrella group of EU consumer associations. “You don’t know the thousands of companies in the real-time bidding process. How can you consent to that?”

Privacy advocates hope that companies will phase out behavioral ads as national data-protection authorities ramp up enforcement following privacy complaints. They're also watching for stricter rules against behavioral advertising in the long-debated revamp of the EU’s e-privacy directive, which sets rules on seeking users’ consent for cookies, which are the fuel of targeted ads.

Some privacy groups see signs that companies are willing to abandon behavioral ads to comply with the GDPR.
That was the case with the New York Times, which eliminated behavioral ads for its European pages following the introduction of the GDPR in May 2018. Importantly, the US paper didn’t see ad revenues drop as a result of the change.

Privacy advocates argue that the business case for behavioral ads isn’t worth the price of degrading citizens’ privacy.

They point to a 2019 study showing that behavioral advertising contributes less to publishers’ bottom line than assumed by the adtech industry. The study, “Online Tracking and Publishers’ Revenues: An Empirical Analysis,” found that publishers make just 4 percent more compared with serving a non-targeted ad.

These figures have caught the commission’s eye. The EU regulator would have an easier time restricting behavioral ads if it’s clear that publishers aren’t dependent on them. Moreover, a study by Pivotal Research Group in 2017 found that small publishers aren’t the main beneficiaries of online ads: the adtech behemoths — Google and Facebook — reap the lion’s share of revenues.

With the commission’s current consultation for the Digital Services Act, lawmakers, consumer groups and privacy advocates now see a real chance of boosting the rules around behavioral ads and giving more power to users to limit the collection of their data.