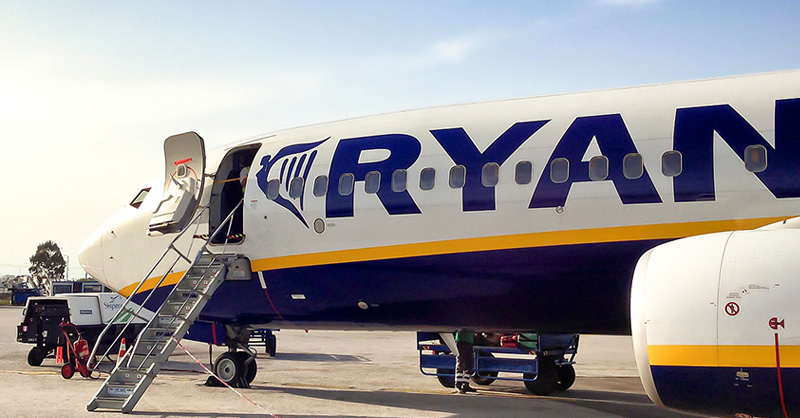 Ryanair has suffered a setback in its challenge to the EU’s state aid response to the Covid-19 pandemic, after the EU’s lower court rejected its appeals against French and Swedish programs for their domestic airline sectors.

The General Court held today that it was “appropriate” for both countries to restrict the programs to airlines with a national operating license.

The judges ruled that the commission did not need to weigh the effect of such aid on competition where the measure was “necessary, appropriate and proportionate,” since it could be presumed to be in the EU interest.

Plus, they said that the low-cost airline was unable to argue that the programs breached an EU principle outlawing discrimination on the basis of nationality, since this principle did not apply to such “special provisions” of state aid law that were invoked.

Ryanair said in a statement that it would appeal to the Court of Justice, the EU’s top court.

“A nationality condition in a state aid scheme is plainly incompatible with the single market,” said a spokesperson for the airline. “Over 30 billion euros in discriminatory state subsidies has been gifted to EU flag carriers and, if allowed to stand, this will distort the level playing field in EU aviation for decades to come.”

In the first case, Ryanair challenged the European Commission’s approval of a Swedish loan guarantee program, which was approved on the basis of the EU’s temporary state aid framework introduced in March as the pandemic took hold.

The temporary framework is justified on the basis of Article 107(3)(b) of the EU Treaty, which says member states “may” offer aid to remedy a serious disturbance of their economy.

The court backed that approach saying that Sweden’s program “effectively seeks to remedy a serious disturbance in the Swedish economy caused by the Covid-19 pandemic.”

In the second case, Ryanair challenged a French program that deferred certain taxes for airlines.

It was approved on a different legal basis, article 107(2)(b) of the EU treaty, which allows for emergency aid to companies to “make good the damage caused by ... exceptional occurrences.”

The court held that was also correct: “The Covid-19 pandemic and the travel restrictions and lockdown measures adopted by France to deal with it, taken together, constitute an exceptional occurrence.”

The commission said it took note of the judgments and highlighted that the court "upheld important aspects of the commission’s assessment framework under the two main legal bases."

Ryanair is awaiting judgments from the General Court in a dozen other cases challenging state aid awarded by EU countries to their national airlines in the wake of the pandemic.