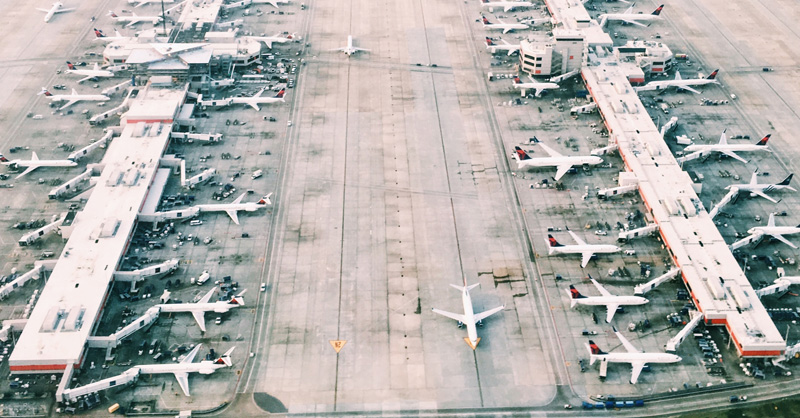 The EU plans to extend its temporary Covid-19 waiver on airport slot rules, but if left unchanged the framework could pose a risk to competition, the European Commission has said.

While the suspension of the rules has ensured that environmentally harmful “ghost flights” are kept to a minimum, the commission’s transport department wants to “address the identified shortcomings or indirect effects of the current waiver through possible further regulatory intervention,” it said in a document published today announcing the opening of a public consultation.

EU rules normally require airlines to use at least 80 percent of their allocated landing slots at EU airports within a given scheduling period, or lose the same allocation for the next year to competitors.

Earlier this year, EU policymakers decided to suspend those requirements as the pandemic took hold and demand for flights dropped by 90 percent compared to the previous year.

Airlines would otherwise have faced the prospect of operating environmentally harmful near-empty flights in order to retain their landing privileges.

The waiver applies at least until Oct. 24, but that it could be extended by the EU’s executive arm by means of delegated legislation, which allows for a quicker change of rules.

The bloc’s transport chief, Adina Vălean, had already anticipated that the commission would extend the waiver into the winter.

The EU regulator today began a four-week public consultation on its plan to extend the waiver, which includes some detail on the feedback it has received from the industry.

Prominent among its concerns is the risk of competitive distortions that may arise from airlines requesting slots for the winter season which they knew they were unlikely to have to use.

“Airlines, being aware of the possibility of an extension of the waiver during the slot allocation period, may request slots for the purpose of increasing their slot portfolio, higher than the number corresponding to their historic rights,” the document says.

As a result, these same airlines would still have access to landing slots in the following season, even if they have permanently reduced the size of their fleet and operations in the interim.

“Further, instead of freeing slots they are not using, they may exclude entry into the market by competitors,” the document said.

The issue is compounded, the regulator notes, by the frequently last-minute nature of flight cancellations, which doesn't leave enough time for the slots to be handed back to slot coordinators and then transferred to competitors.

Associations of airports, airlines and slot coordinators contacted the commission on Aug. 7 with a plan for a common approach to how the slot waiver should be applied. This would require slots to be handed back no later than three weeks before the planned flight. Airlines that permanently cease their operations at the airport in question would also not be covered by the waiver.

The commission plans to present a report on Sept. 15 which will set out how air traffic has been affected by the pandemic.

Once the consultation ends on Sept. 28, the regulator will push ahead with the planned extension to the waiver as a matter of urgency.