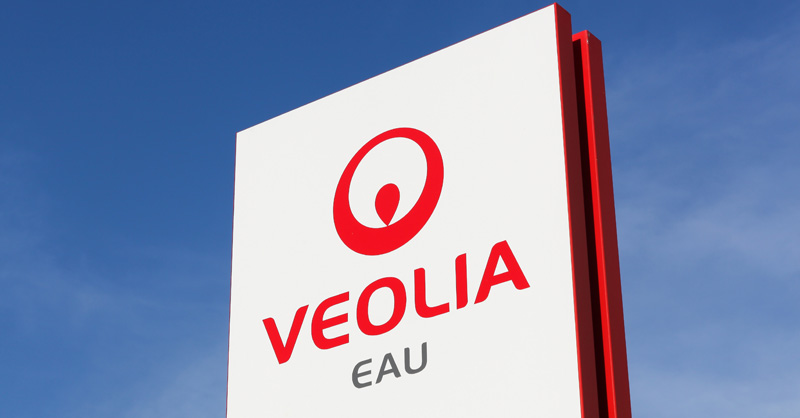 Veolia’s hostile bid for rival Suez could be the first major test of the European Commission’s approach to environmental arguments in its merger reviews.

The Green Deal initiative runs through everything that Ursula von der Leyen’s commission does, and officials have said that they could give more consideration to environmental arguments in merger reviews, while being careful not to undermine the core competition concern.

Recent merger reviews have brought out green arguments, notably Aurubis-Metallo and Novelis-Aleris, but without much impact: In both cases, the commission’s decision was rooted squarely in the logic of competition.

Veolia-Suez, which would bring together two French giants in the water and waste management sector, could be different, because of the environmental importance of the sector and the hostile nature of the takeover bid.

Suez is resisting Veolia’s bid of 8 billion euros ($9.6 billion) by all means available, which includes attempting to get it blocked by the EU regulator. To do so, it is arguing that the merger would harm innovation in efficiency and green technology; Veolia, in its push for approval, is saying the exact opposite.

The environmental arguments are taking shape in the public domain even before the deal is notified. It seems the commission will have to at least engage with them in its review process — which will probably deliver important lessons to other merging companies, particularly those in industrial sectors.

For all its green arguments, Veolia has recognized the antitrust risks posed by the deal: It has already agreed to divest Suez’s French water business to Meridiam Infrastructure, a global investor and asset manager based in Paris that specializes in long-term public infrastructure projects.

It has also said assets will likely have to be sold off in waste markets. “The exact scope of these sales will be established during discussions with the antitrust authorities,” Veolia said in its offer document filed last month with the French Autorité des Marchés Financiers, or AMF.

But Veolia, which is hoping to win EU approval by March 2022, is pushing environmental arguments too. It has described the merger as offering a “major advantage in the implementation of the Green Deal” and “a perfect match for the ambitions of the European Commission.”

Efficiency comes with scale, it argues in its filing with the AMF. The merger would create a “world champion of ecological transformation” with combined resources that would enable large investments in clean technology that neither company can make on their own.

It said the deal would bring substantial value “for the planet and future generations” since “the success of the new group means accelerating the definition and implementation of environmental solutions: circular economy, treatment of difficult pollution, fight against global warming, etc.”

On the other hand, Suez is evoking climate-related arguments, on top of the antitrust one, to talk down the takeover.

It says innovation would be hampered if Suez were taken out of the market by its main rival. Veolia is right that the climate crisis will require companies to innovate and adapt, Suez says — but it’s competition between big rivals, rather than the creation of a single champion, that will spur creativity.

The water and waste management businesses have a strong local and diversified nature, Suez says, and both have reached the “critical size” beyond which growth in size is no longer a competitive factor.

Under EU rules, the commission can only clear an anticompetitive deal if the companies show it would result in “efficiencies” that outweigh that harm. It can't override those concerns just because a deal contributes to goals in the "public interest."

In the recent past, companies have tried to win EU approvals for deals by telling regulators that they would lead to environmental “efficiencies” such as a reduction in emissions or a more effective use of the world’s natural resources. By and large, though, these have missed the mark, even in deals that were cleared.

When Aurubis bought Metallo last year it argued that taking over the innovative metals recycler would benefit the environment by increasing the amount of metals it could recover and reducing its need to mine for new resources.

The commission ultimately approved the deal unconditionally, but not particularly because of the green arguments. Rather, it found that the deal was unlikely to harm competition in the copper-recycling sector.

If anything, green considerations counted against the merger: The commission cited the environmental importance of a well-functioning “circular economy” as a reason to investigate the merger in depth.

In the aluminum sector, when Novelis bought Aleris it told Margrethe Vestager that the deal would boost competitiveness and contribute to the EU’s “key policy goals” of “promoting the circular economy” and “reducing emissions.” In particular, Novelis argued, the deal would allow an increase in aluminum recycling activities in Europe and boost research and development.

But officials said Novelis didn’t “substantiate its arguments” sufficiently to allow for a comprehensive assessment. The commission approved the deal only after the company agreed to divest a factory in Belgium.

“In particular, the submissions do not lay out in detail benefits to consumers, merger specificity and the absence of less anticompetitive alternatives, or evidence in support of the efficiency claims,” the approval decision reads.

Part of the trouble with arguing an environmental efficiency is that can be hard to prove to investigators that the efficiency would benefit customers directly impacted by the merger.

Indeed, for an efficiency to be accepted, a buyer must show that it would benefit consumers, and these normally have to be consumers in the same markets as where the competition would be harmed. They must also show that the efficiencies would be a “specific” and “verifiable” result of the merger.

This challenge has prompted Pierre Régibeau, the EU’s chief competition economist, to ask his team to work on developing tools to analyze broader green efficiencies, in case they come up in the future.

“It would make a lot of sense to also consider out-of-market efficiencies,” he told a conference last year. After all, “it’s not just the people who use the better washing machines and use fewer chemicals — they’re not the only ones who benefit from cleaner water."

National regulators have also told the EU they believe that the sustainability implications of mergers could be assessed as part of an efficiency analysis.

Yet Régibeau has cautioned not to expect major changes in how the commission decides on actual cases, even if regulators do start taking green efficiencies into account.

“I do not expect de facto a large number of merger cases to be handled differently even if we take those benefits very seriously,” he said last week, noting that it was hard to think of such an efficiency that would be merger-specific or not achievable through a looser collaboration.

In this light, no one should expect the Veolia-Suez merger to get a free pass because of environmental arguments. But assuming the two sides tell the commission what they’re saying in public, it will certainly put the regulator's recent assertions to the test.

The deal has yet to be notified to the commission, but has been assigned the case number M.9969.