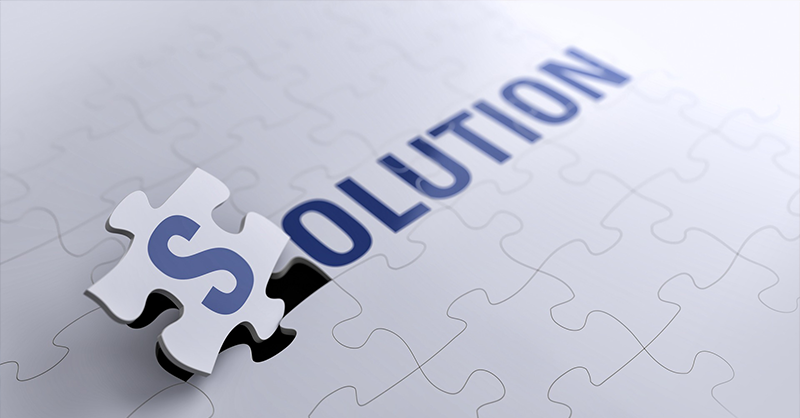 Assistant Attorney General Jonathan Kanter has been criticized within the antitrust bar for saying it isn’t the government's job to help companies fix illegal mergers, and that remedies often fail to protect consumers anyway.

More recently, he has drawn fire for claiming he was getting tough on mergers, then accepting a fix-it-first remedy in the Quikrete-Forterra merger without court review of the settlement.

Though neither the DOJ’s reticence to remedy illegal mergers, nor its acceptance of a fix-it-first remedy should be revelatory to the bar, both foreshadow the battle to come as the DOJ and US Federal Trade Commission attempt to recast merger enforcement.

Neither antitrust agency wants companies to announce mergers that are inherently illegal and then come to the FTC or DOJ in search of a partner who will help them fix their deals and bless them with government approval.

“In most situations, we should seek a simple injunction to block the transaction. … It is the surest way to preserve competition," Kanter said at a New York Bar Association conference in January. “Moreover, merger settlements that include partial divestitures too often result in what might be called 'concentration creep.' This happens when divested assets end up in the hands of someone that does not make effective use of them. Divestiture buyers may lose interest in assets after acquiring them or be less effective than they expected.”

In the 1980s, the government initially rejected Texas Air’s $675 million merger with Eastern Air Lines, but the Department of Transportation, which then had regulatory oversight of airline deals, signaled it would take another look with the idea of fixing the deal. Ultimately, the deal was cleared with the divestiture of airport landing and takeoff slots.

“More and more, as corporate America seeks ways to grow by merger, this scenario of negotiating what is an 'acceptable’ deal under the Government's interpretation of the nation's merger laws is the mark of the Reagan Administration's antitrust enforcement policy,” the New York Times said at the time.

The Times laid out the foundational arguments that have received renewed attention in the current administration.

''Unlike any past administration, we've developed a fix-it-first doctrine for antitrust policy,'' Charles F. Rule, then-deputy assistant attorney general at the Justice Department's antitrust division, told the Times. ''Why stop an entire merger if simply one-tenth of the assets create an anticompetitive problem?''

The antitrust laws, as originally written, called for the agencies to block illegal deals and approve legal ones — not to remedy deals. But in the years after the HSR Act was passed in 1976 — giving the government time to review deals before consummation — fixing deals became doctrine for the antitrust establishment.

The current DOJ says this philosophy has resulted in consolidated markets, less innovation and higher consumer prices. And it wants to return to its original mission as an enforcer, determining whether a deal falls outside the law and if it does, suing to block it.

The Times article from 1986 said remedies allegedly encouraged “companies to experiment with outlandish mergers in the hope that, after negotiations with the Government, the companies might be able to acquire more than they would have thought possible otherwise. They also question the long-term competitiveness of the components that are either spun off or sold and suggest that, in the end, competition may be lost anyway.”

Some antitrust lawyers, the Times reported, also questioned whether the Justice Department and the FTC were “playing appropriate roles in negotiating a 'fix' of a merger.

''The fix-it policy turns the Justice Department from a prosecutor into a regulator,'' Susan Blumenfeld, a former official at the Federal Trade Commission, told the Times. ''It [the government] is no longer the adversary, but rather the negotiator, and they end up doing it with a very light hand.''

Sanford M. Litvack, President Jimmy Carter's Assistant Attorney General overseeing antitrust from 1979 through 1981, told the Times that he questioned whether the Justice Department or FTC had sufficient expertise to make judgments about particular industries that would allow them remedy a merger.

Litvack went on to say that despite the concerns, ''business loves the fix-it policy of the White House, and I love it as a private lawyer.''

A recent fix-it-first remedy that was accepted by the DOJ provided a gotcha moment for Kanter's opponents.

In the early days, companies seeking to fix a deal would submit their premerger notification form with a proposal to remedy any harm to competition. That technique evolved, and companies would do a true fix-it-first and divest overlapping assets before filing their merger paperwork.

Nowadays, companies usually meet with the agencies to discuss a potential fix and then agree to either divest the assets before close, or at least negotiate a contract with a potential buyer with the ancillary acquisition ready to close immediately following the primary merger.

With Quikrete-Forterra, the agency negotiated the parameters of a consent agreement, but Kanter never signed it, and he let the companies close with asset purchase agreements in place.

Had Kanter formally approved the agreement, the settlement would have been reviewed by a judge. Critics said he was speaking out of both sides of his mouth — taking a skeptical view of remedies, but then doing a fix-it-first outside of the public eye. Some wondered if he was trying to avoid the Tunney Act judicial review, which is designed to ensure an agreement is in the public interest and includes a notice-and-comment period.

Consent agreements are legal documents that ensure companies will abide by the terms of the settlement post-closing. They are less important today because the government often requires divestitures before the deal closes.

FTC Commissioner Noah Phillips, one of two Republicans on the commission, recently said he is “very concerned that we are going to start seeing deals with divestitures but without consents.”

“Today there are murmurings in the private bar that the agencies are refusing to engage on remedies and instead are conveying their competitive concerns and leaving it up to the merging parties to attempt a resolution,” he said. “This is fixing it first with a wink and a nod and no enforceable agreement with the government.”

Fix-it-first remedies have been accepted by the DOJ for years but have not been embraced at the FTC.

The fix-it-first remedy was even given its own section in the DOJ’s Remedies Manual, published in 2020 and overseen by then-Assistant Attorney General Makan Delrahim.

According to the manual, fix-it-firsts are structural remedies implemented by the parties that the DOJ accepts before a merger is consummated.

“An acceptable fix-it-first remedy eliminates the Division’s anticipated … competitive concerns and therefore the need to file a case,” the manual says. “If an acceptable fix-it-first remedy can be implemented, the Division may exercise its prosecutorial discretion to forgo filing a case and conclude its investigation without imposing additional obligations on the parties.”

But if the competitive harm requires remedies that entail continuing post-consummation obligations, “a fix-it-first solution is unacceptable,” according to the manual. “In such situations, a consent decree is necessary to enforce and monitor any ongoing obligations.”

For those trying to get their deals through the antitrust regulatory agencies, the risk of rejection will surely skyrocket — if the deals can’t be fixed first.