Unwinding Illumina’s Grail deal will be a lengthy, and messy, process 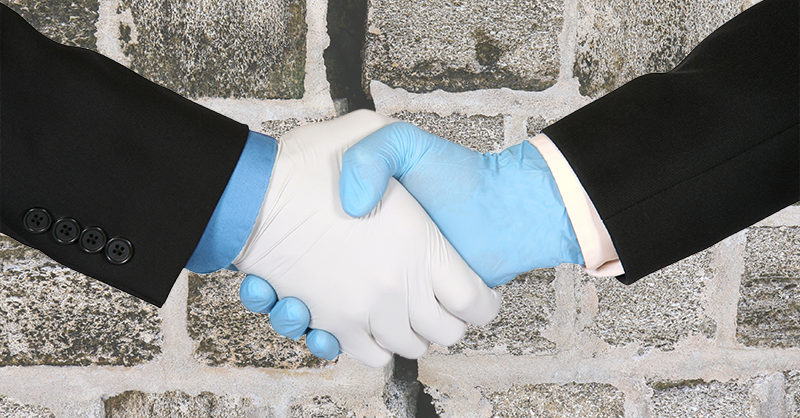 Illumina will likely eventually have to unwind its acquisition of Grail as a result of the EU merger regulator’s block on it yesterday, but a number of steps must come first, notwithstanding any challenge to the decision by the US biotech giant.

But because the case is unprecedented in more ways than one, there’s no clear playbook for precisely what will happen next, or when.

EU competition commissioner Margrethe Vestager addressed the issue of the next steps in such a "sui generis" case yesterday in the press conference announcing the prohibition.

“What happens next is basically also a ‘first,’ because we both have the investigation of the implementation of the merger — the gun jumping — and that in itself is a problem, and then we have the process to unwind the acquisition,” she noted.

“[We] will need to be in close contact with Illumina and Grail so that this can happen in the best possible manner, because of course we have every interest in Grail being able to move forward as an independent, strong company among the other rivals in this innovation race,” she stressed.

“All of this will take some time. It may also be — but of course that is for Illumina to decide — that they will appeal this decision."

In the meantime, she said, interim measures would be needed "to cover the time lapse, as to how [Grail] should be led, how it should be financed, how should it be kept, in order for this to be a real company that can actually have an independent life in the future.”

She said that in the meantime, interim measures adopted last autumn to prevent harm to competition would continue to apply. The commission had said these would lapse at the end of the merger review. Meanwhile, it formally charged Illumina with breaching the EU standstill obligation in July and threatened fines.

The regulator can already start the process of unwinding the merger. But first it has to put the parties on notice of its intentions and its reasoning, give them an opportunity to respond in writing and orally, and then issue a formal decision under Article 8(4) of the EU’s merger regulation.

That provision is broadly worded and is centered around restoring the pre-existing competition. It gives the commission power to also order further steps to restore competition, so called “restorative measures.”

It first has to put the parties on notice of its intentions and its reasoning for ordering dissolution, give them an opportunity to respond in writing and orally, and then issue a formal decision under Article 8(4) of the EU’s merger regulation.

The formal order to unwind would generally give the company some time — often six months in divestment cases — to accomplish the divestment.

Illumina can appeal the Article 8(4) decision, and it has already said it will. In a US securities filing yesterday, Illumina said it intends to appeal both the prohibition decision to the EU's lower-tier General Court and “any [European Commission] divestment decision (if and when adopted by the European Commission) and, if necessary, to seek interim relief suspending the divestment of Grail until the final determination of these appeals.”

But it’s also conceded that it’s exploring “reviewing strategic alternatives for Grail” in the event that it does end up needing to sell.

The EU’s terms of any such sale will presumably be hard-fought, as the options — say an IPO, or selling the shares back to the original owners, or a fire-sale managed by a third party — could all hugely affect Grail's value.

Illumina said overnight in corporate filings that a sale would also entail “significant costs” and trigger significant “tax liabilities.” Illumina may be required to sell “Grail on terms that are materially worse than the terms on which Illumina acquired [it],” the company warned.

Indeed, given the drop in market valuations in recent months, a loss on its $8 billion outlay seems more than likely.

The commission has only had to order the unwinding of a completed transaction in a handful of cases, most of which are already more than 20 years old.

The most recent precedent was the Article 8(4) decision in the Novelis-Aleris case. It’s not a perfect match, because it wasn’t the result of a full prohibition — rather the commission adopted the measures because it considered Novelis hadn’t accomplished the promised divestment in due time — but it gives some indication of the procedural steps to come and how long they might take.

In that case, the commission had approved the deal on Oct. 1, 2019, conditional on the divestment. Frustrated with delays to that, it adopted a statement of objections on Sept. 18, 2020, stating its intention to order that measures be taken to “ensure and maintain the structural effect of the transfer of the divestment business” and to “protect its viability and competitiveness.” A trustee would manage the divestment.

Novelis was granted access to the commission’s file, and on Oct. 6, 2020, it submitted its reply to the statement of objections. Afterwards, there was a state-of-play meeting, additional submissions and additional opportunities to access the file. The final order to divest was adopted on Feb. 18, 2021. Novelis appealed it, but later dropped its appeal.

All in all, it took five months from the Art. 8(4) statement of objections to the final decision in the Novelis case.

An older case, but one closer to Illumina’s facts because it involved a full unwinding, was Schneider’s acquisition of Legrande, which was prohibited on Oct. 10, 2001. That case involved a merger by public offer of exchange of shares of the two main French manufacturers of electrical equipment.

Two weeks after the prohibition, the commission sent Schneider a statement of objections saying that a distribution of Legrand shares to Schneider shareholders in proportion to their holding was the most appropriate means of restoring effective competition on the relevant markets.

Schneider responded in writing on Nov. 7, 2001 and gave its views orally at a hearing held on Nov. 26. The decision requiring the companies to be separated followed on Jan. 30, 2002.

All told, in the Schneider-Legrande case, it was three months between the Art. 8(4) statement of objections and the order to divest the shares. The parties were given an undisclosed number of months to accomplish that task.

All this is to say that the commission can and most likely will order Illumina to unwind its Grail acquisition, but in view of the necessary procedural steps, appeals, and interim measures that have to happen first — not to mention the outstanding gun-jumping case — an actual dissolution is probably far off.

Is that a problem? Not necessarily. The commission seems to think that it and Illumina share an interest in a strong Grail, either because Illumina hopes to keep it or because it wants to maximize its value before a sale.

It will be interesting to see whether Grail, which has the right to be heard and must be starting to tire of limbo, agrees.