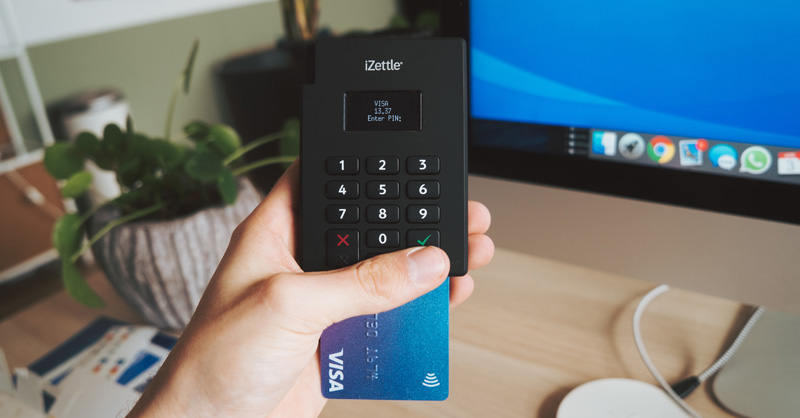 Visa's UK clearance to buy Plaid showed the Competition and Markets Authority to be unafraid of evaluating and dismissing "killer acquisition" concerns, and the publication of its full decision this week offers important clues to its thinking when confronted with big players bidding over the odds for budding disruptors.

Significantly, it shows both the importance that the CMA attaches to assessing a company's strategic rationale for a purchase, and that the regulator rejects a black or white approach, particularly where a deal would result in greater market integration for the merger target.

The CMA cleared the $5.3 billion acquisition in August after finding that while Plaid would likely be an increasing competitive threat to Visa's UK business in the future, it was only one among a range of providers of payment initiation services already active in the UK, with several already having similar or stronger competitive capabilities.

The regulator also found that the merged business wouldn’t have the clout to push other providers out of the market, mainly because customers often use multiple suppliers for their payments.

Seven-year-old Plaid is a San Francisco-based developer of application programming interfaces, or APIs, that facilitate online payments by providing a bridge between consumers, traditional financial institutions, and developers of fintech apps. A Plaid product allows people to link a payment service such as Transferwise to their bank account, for example.

The deal has yet to be investigated by US antitrust authorities, but they should find interesting reading in the CMA's full clearance decision, published on Monday. Laying out in detail how the regulator reached its final view, it has takeaways for businesses of all stripes.

It was clear when the deal was announced in January that it could both help Visa enter new markets and enhance existing business by allowing Visa to offer improved payment capabilities and other services to fintech developers.

But the buyout attracted attention from the outset due to its hefty price tag — estimated as more than double Plaid’s value based on its revenues.

Trade groups and industry heads raised alarm and voiced fears that it amounted to a "killer acquisition" — in which a technology-driven giant buys a smaller rival, often for a price that seems disproportionately high unless the value of removing future competition is factored in.

The full text of the CMA's decision makes clear that that deal’s valuation was central to it attracting the watchdog's attention.

Significantly, the deal was not notified to the UK regulator, but identified by its mergers intelligence team as warranting an investigation — highlighting the sensitivity and risk surrounding such deals.

The CMA's decision breaks down how it tackled the question of strategic rationale and shows that it reviewed a “significant volume” of Visa's and Plaid’s internal documents to get to the bottom of the high valuation.

Key to its findings was Visa’s “networks of networks” strategy — which aims to keep the card giant the preferred network for its customers, and to meet their needs regardless of the type of transactions.

The CMA found that Visa's internal documents were consistent with its claim that its rationale for the deal was driven by this strategy. The documents “demonstrate that the merger is — at least partly — intended to avoid or mitigate disintermediation risks,” the regulator said.

The CMA also found that the merger rationale was primarily focused on the US, Visa's home turf.

“While active globally, Visa’s core market remains the US, where it still generates nearly half of its consolidated revenues. Visa’s internal documents heavily focus on the benefits of the merger in the US,” the decision says.

The $5.3 billion valuation was driven by Plaid’s strong growth prospects and high expectations of future commercial success in the US, the CMA found.

“The CMA understands that the US, in contrast to the UK and the EU, currently lacks open banking regulations that allow connectivity to be achieved through open APIs, and is also characterized by a highly fragmented retail banking landscape,” it said.

“The CMA further understands that this makes connecting to a sizable number of financial institutions — and therefore operating at scale — a significant technical challenge (and therefore that a strong network of established connections is likely to be considered as an asset of material commercial importance),” the regulator said.

The CMA’s assessment of foreclosure was significant in showing how the authority is open to acknowledging that an acquisition by a market incumbent doesn’t necessarily spell bad news, particularly if the acquired business is one of a number in the market.

The CMA seems to accept that, for some small players, acquisition by established players is part of their business model.

That echoes sentiments expressed by Plaid’s fintech rivals during the probe, which told MLex that the acquisition provided a stamp of approval for open banking and showed that established players recognize the future importance of payment initiation services.

Several noted that it’s easy to integrate with open payments, so there are always alternatives in the marketplace, even if Visa emerges as a larger player.

The CMA had been concerned that the deal would allow Visa to foreclose Plaid’s rivals by bundling its card services with Plaid’s offering. Essentially, the concern was that by leveraging its market-leading position to push out Plaid’s rivals, the combined company could increase prices, lower quality and reduce the range of its services and/or innovation as a result.

But it found that the ability of Visa-Plaid to do this was limited for a number of reasons.

The CMA also found that Visa’s main competitor, Mastercard, could produce a competing bundle and had already taken some steps to do so.

The analysis is significant because it shows the CMA is open to thinking about a scenario where a new technology is being brought to market and achieving wider adoption by getting picked up by incumbents.

Visa-Plaid is the second deal in the payments space that the CMA has cleared in the face of “killer acquisition” fears, after PayPal-iZettle in 2019.

The fact that the CMA initiated its own review shows there's risk to incumbents making high-price buyouts that look from a distance like they could be "killer acquisitions."

But the clear-headed thinking revealed in the CMA's decision adds to evidence that the regulator is pragmatic in its approach and willing to look beyond a high valuation to consider a specific market's characteristics, notably the existence and number of competitors.

That cuts both ways, of course. Visa and Plaid had internal documents to back up their claimed merger rationale and there are strong, active competition in their market — but for future deals that can't say the same, there may not be such a happy ending.