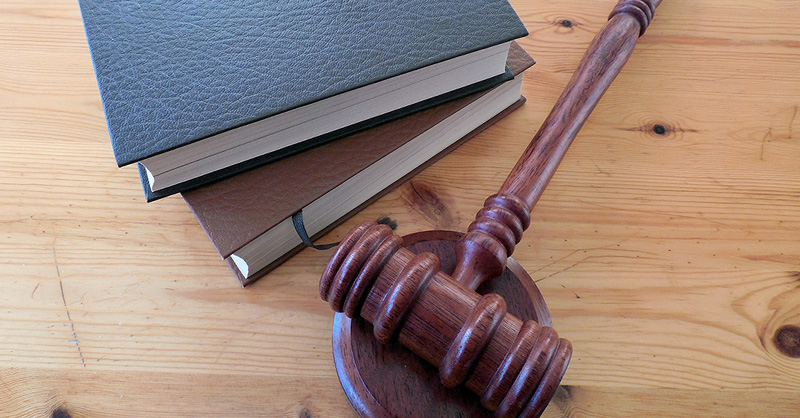 A recommendation in the House Judiciary Committee’s 452-page report on competition in digital markets — to shift the burden of proof to defendants in merger cases — is sparking debate.

After a 16-month probe, House investigators concluded the dominant platforms —Amazon, Apple, Facebook and Google — have maintained their dominance partly by picking off up-and-coming competitors in “killer acquisitions.”

The report notes since 1998, the large tech companies have bought more than 500 companies. Not once did the antitrust agencies — either the Justice Department’s antitrust division or the Federal Trade Commission — block an acquisition, though in one case the DOJ required Google to agree to certain terms before it could consummate a deal.

The agencies’ passivity is significant because the subcommittee concluded several of these acquisitions reduced competition and increased market power, including some in which the watchdogs green-lighted tie-ups between dominant platforms and a competitive threat.

In remedying the failure to head off such mergers that reduce competition, the report states this result is tied to a major change in antitrust enforcement, “the shift away from bright-line rules in favor of ‘rule of reason’ case-by-case analysis.”

That move has resulted in a tilt “heavily in favor of defendants,” the report argues. “The departure from bright-line rules and presumptions has especially affected merger enforcement, where enforcers seeking to challenge a merger must fully prove that it will have anticompetitive effects, even where the merging parties are dominant firms in highly concentrated markets.”

To correct what the report details as serious under-enforcement, House investigators recommend that Congress codify bright-line rules for merger enforcement, including structural presumptions. This approach would mean mergers resulting in a single firm controlling an outsized market share or resulting in a major increase in concentration would be presumptively prohibited under the Clayton Act.

It also would impose the burden of proof on the merging parties to show their deal wouldn’t reduce competition. A showing of efficiencies wouldn’t overcome the presumption that the deal is anticompetitive.

This shift in the burden of proof would “increase the likelihood that anticompetitive mergers are blocked,” the report states.

Republican Representative Ken Buck of Colorado wrote a separate response to the majority report because he couldn’t endorse all of its recommendations. He agreed with the overall conclusion of the report, saying it “accurately portrays how Apple, Amazon, Google and Facebook have used their monopoly power to act as gatekeepers to the marketplace, undermine potential competition, and pick winners and losers.”

He also agreed with the proposal to shift the burden of proof for companies pursuing mergers.

Echoing the theme struck by the report, he wrote “the evidentiary burden of proof that antitrust agencies must meet in many merger cases has become insurmountable. As a result, our nation’s antitrust enforcement agencies have built a wall making it nearly impossible to bring an enforcement case on potential competition grounds in digital markets, granting near-totally immunity for Big Tech.”

Because of the difficulty in challenging such tie-ups, “Big Tech platforms have engaged in a mergers and acquisitions buying spree in recent decades” that the antitrust cops didn’t even review, Buck wrote.

He pointed to courts’ rulings imposing “onerous evidentiary requirements” on cases involving potential competitors, making it “nearly impossible to bring a case under Section 7 of the Clayton Act in digital markets.”

Buck wrote the agencies have “raised the bar on themselves” by not recognizing the power and flexibility they already have under the Clayton Act.

Congress should remind the agencies of “the original Congressional intent behind the antitrust laws,” including that they should be able to bring cases “based on potential competition doctrine without facing impossible evidentiary burdens.”

As Buck made the case that this is one of several proposals that conservatives could back in the report, former FTC Commissioner Joshua Wright took strong exception, tweeting that he’s “very skeptical” that shifting the burden to defendants in civil merger challenges “will get much, if any, support from conservatives.”

Wright, a professor at George Mason University's Antonin Scalia Law School, ridiculed the rationale behind the proposal, tweeting it’s based on the notion that “it is really hard for agencies to win cases” so “we should make it easier for agencies to win.”

Wright also disagrees that there is under-enforcement. He said there’s a straightforward reason to reject the proposal: “Shifting the burden to D [defendants] offends our sense of basic due process and fairness. The notion that all mergers are unlawful with no showing from the gov't at all places the agency in the position as super-regulator.”

As for the notion that agencies don’t win in court, Wright tweeted, “Oh my! Give me a break. The agencies win significantly more often than they lose.”

Wright added agencies also win because parties “are afraid of litigating,” as evidenced by instances when “an agency merely threatens to litigate and the proposed merger folds. A litigation crisis for the agencies this is not.”

But Michael Kades, director of markets and competition policy at the Center for Equitable Growth, said in an e-mail that there’s “no constitutional right to merge. Substantial evidence justifies shifting burdens of proof in the context of mergers, which explains why so many top industrial organizational economists supported creating new presumptions.”

“The legal standard should optimize deterrence while minimizing the cost of enforcement,” Kades, a former longtime FTC lawyer, said. “Interpreting the government’s win record is not straightforward. A strong record in actually litigated cases could easily suggest that defendants are willing to take weak cases to trial. New presumptions would focus litigation and lead [to] more effective and efficient enforcement.”

But Wright, in an e-mail, pushed back, referring to the Supreme Court’s Philadelphia National Bank decision that established a presumption that mergers resulting in at least 30 percent of the market are unlawful. “If the agencies want to win more cases, they already have the powerful PNB presumption and a great record in court. The fear of bringing more cases sounds like an issue of political will or budget. Neither of those are appropriately addressed through changing the substantive law.”

“The notion that declaring all horizontal mergers unlawful until and unless the merging parties can earn approval from politically appointed bureaucrats ... is a minor tweak or course correction to modern antitrust law [that] does great damage to the meaning of those terms,” Wright added. “But that damage is minute compared to the implications of that proposal for liberty, the rule of law, and sensible competition policy.”

The real challenge is “conglomerate mergers” — not horizontal mergers, which are governed by the merger guidelines, Robert Litan said in an e-mail. During the Clinton administration, Litan served as principal deputy assistant attorney general in the DOJ’s antitrust division.

Litan, a partner with Korein Tillery, cited Facebook CEO Mark Zuckerberg’s “admission that he wanted to acquire Instagram to thwart a competitor.” That statement “highlighted the issue of what to do about conglomerate mergers, or firms in two different markets, where one could enter the other,” Litan said in an e-mail.

Sizing up the debate, Litan wrote the cost of creating a presumption against a dominant firm in any market from buying any other firm is that “it would eliminate exit opportunities for young firms wanting to sell out” to bigger firms. The argument for the change would be that it would enable the Instagrams of the world “to become rival social networks or rivals to dominant firms in other markets.”

“It’s a close call [concerning] which way to go, but I lean [in] favoring the presumption and accepting the potential costs,” Litan wrote.

As for the debate over the agencies’ win rate, Gene Kimmelman, who was chief counsel of the antitrust division during the Obama administration, said via e-mail “the issue isn’t the ‘win rate,’ but the willingness to challenge behavior and harmful mergers (without accepting a weak consent decree) because of the difficulty of building an adequate record to convince increasingly pro-defendant courts.”

“So these riskier enforcement actions never take place, or mild consent decrees are worked out to avoid litigation risk,” Kimmelman wrote. “That’s what needs to be rebalanced in favor of stronger enforcement interventions.”