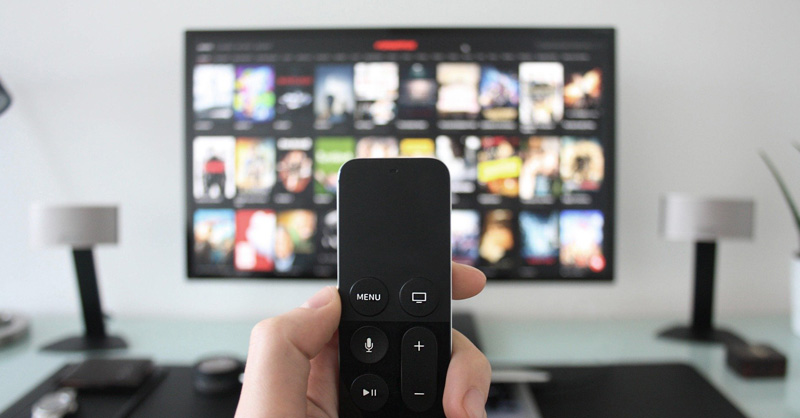 A French bid to create a Netflix rival will face intense scrutiny from the country’s own competition authority, which is notoriously tough on consolidation in the audiovisual sector.

TF1 and M6 are planning to merge, bringing together France’s most popular advertising-funded TV channels as well as a variety of radio and digital services. The tie-up is needed to “strengthen the supply of French quality content” and “ensure the long-term independence of French content creation,” their parent companies said on May 18, announcing the deal.

Europeans are ditching linear TV in favor of US streaming services such as Netflix, Disney Plus and Amazon Prime. Netflix in particular has commissioned original French productions, such as Lupin and Dix Pour Cent (Call my Agent, in its English version), that have found worldwide success; but no major European-owned platform has emerged.

TF1 and M6 say their planned merger would allow them also to invest in quality content production. A stream of high-quality, exclusive content will be necessary to drive long-term audience growth and compete with the US platforms, they say.

“The merger between Groupe TF1 and Groupe M6 is a great opportunity to create a French total video champion that will guarantee independence, quality of content, and pluralism — values that have long been shared by our two groups. It will be an asset in promoting French culture,” Gilles Pélisson, Groupe TF1 CEO said in the May 18 statement.

That may be true, but the French authorities can still be expected to extract meaningful concessions from the parties, notably in the advertising market and in the markets for the acquisition of films, TV series and sporting rights.

In announcing the deal, the companies disclosed that it would need to be cleared by the Autorité de la Concurrence, as well as by the Conseil Supérieur de l'Audiovisuel.

The competition authority, in particular, is notorious for attaching complex conditions to approvals of media sector deals. Case in point: the 59 commitments attached to its 2006 approval of Vivendi and Canal Plus’s acquisition of TPS and CanalSatellite in the pay-TV sector. In 2011, Canal Plus was fined 30 million euros for not respecting all of them.

Acknowledging the flashpoints that have motivated the regulators in assessing media deals in the past, TF1 and M6 emphasized their “strong commitment” to creativity, diversity and pluralism of opinion, and “ensuring the influence of French and European culture.”

When it comes to competition, this isn’t their first run-in with the authority. In June 2019, M6 and TF1 asked the authorities for permission to enter into a joint venture with state-controlled France Télévisions to create “Salto” — an Internet platform and app for live channels and on-demand TV.

At that time, they also argued that the deal played in favor of a more competitive and innovative audiovisual sector. Yet the transaction triggered heated opposition in the media sector: several platforms running TV subscription services, as well as media broadcasters and content producers, flagged competition concerns to the regulator.

The authority ultimately approved Salto’s creation in August 2019, but only after the parties offered a weighty package of concessions that included limits on the amount of video-on-demand programs Salto could take from its parent companies, and a commitment to remunerate other free-to-air channels it carried.

Further, Salto's parent companies also promised not to give Salto favorable advertising space on their channels, and to limit the amount of content they would give exclusively to their platform.

TF1, M6 and France Télévisions have to comply with the “Salto” remedies for a period of five years, which can be renewed depending on how competition evolves. That leaves room for the requirements to be relaxed, as happened in 2017 when the competition authority decided to lift some of the remedies imposed on Canal Plus when it bought rivals TPS and CanalSatellite.

TF1 and M6 are probably girded to cough up some similarly meaningful concessions this time around too, notably in the advertising market. The two channels account for roughly two-thirds of TV advertising in France, and advertisers have already raised objections.

For the deal to succeed, arguments about the existence of competition between the online and offline markets — think YouTube or Le Monde, as opposed to The Voice or HPI — will be key. That is a debate taking place across the globe.

But the Autorité de la Concurrence has in the past resisted such claims. Its president Isabelle de Silva told lawmakers yesterday that the authority had just started looking at the deal, and that the review promised to be “long and dense.”

French media company TF1 Groupe’s most well-known holding is the broadcast network TF1, the only television channel in France for 28 years and one of the oldest channels in the world. The company is based in Paris and is majority-owned by the French industrial group Bouygues.

M6 Groupe is also a French media company, and M6 is the head channel of its media empire. It is owned by the RTL Group, an international media company based in Luxembourg. RTL Group is majority owned by the privately held German company Bertelsmann, one of the largest media conglomerates in the world.

The deal will mean Groupe Bouygues would hold 30 percent of and have exclusive control over the merged company. RTL Group would hold a 16 percent stake. The merged entity will be given a new name, “reflecting the diversity and the strength of its assets.” It will remain based in France and listed on Euronext Paris.