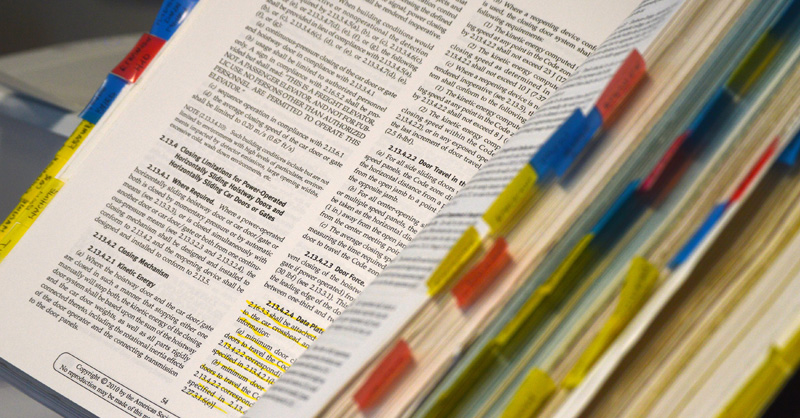 A revised merger-remedies manual released by the US Department of Justice doubles down on antitrust chief Makan Delrahim’s strong preference for divestitures rather than conduct commitments to fix illegal deals, with stricter language than the prior guidance.

The new guidance also says that if companies propose a remedy after the DOJ challenges their deal, the agency may ask courts to consider the merger’s legality before weighing the remedy. The antitrust chief earlier proposed that two-phase approach after the DOJ lost its case against an AT&T-Time Warner deal.

The manual provides a framework and updates a 2004 policy guide, the DOJ said. It includes new sections on the approach to consummated deals and upfront — or pre-approved — buyers, outlines “red flags” for remedies, and reflects principles implemented in recent consent decrees.

The manual contains stricter language against stand-alone conduct commitments than the 2004 document, saying they are only appropriate when companies prove: “(1) a transaction generates significant efficiencies that cannot be achieved without the merger; (2) a structural remedy is not possible; (3) the conduct remedy will completely cure the anticompetitive harm, and (4) the remedy can be enforced effectively.”

By contrast, the 2004 guidance didn't put the same burden on companies to prove the four criteria and ensure a full cure to the competition issues, saying instead that stand-alone conduct remedies are only appropriate “when a full-stop prohibition of the merger would sacrifice significant efficiencies and a structural remedy would similarly eliminate such efficiencies or is simply infeasible."

Delrahim said last year that parties in proposed vertical deals must offer evidence their tie-up will lower consumer prices rather than relying on just economic theory.

The question of stand-alone conduct remedies played a central role in the AT&T-Time Warner deal, which Delrahim challenged shortly after his 2017 Senate confirmation. The move surprised observers who expected it to be cleared with conduct commitments similar to those accepted in a 2011 Comcast-NBC Universal deal settlement.

In a landmark speech that fall denouncing most conduct commitments, Delrahim mentioned the Comcast-NBCU case and several others cleared with behavioral remedies during President Barack Obama’s first term, none of which have been considered particularly successful.

Obama’s first DOJ antitrust chief, Christine Varney, was viewed as more favorably disposed to mergers than others on the Democratic side of the aisle. That conduct remedies for vertical deals might not last beyond Varney’s tenure was well known, and the DOJ rejected proposals under Obama’s second antitrust chief.

In 2018, Delrahim withdrew a 2011 Varney-era policy guide on merger remedies and reverted to 2004 guidance until an updated policy was released.

The manual says structural relief is appropriate both for horizontal and vertical deals. Structural fixes are “strongly preferred” because they are “clean and certain, effective, and avoid ongoing government entanglement," the document says.

Conduct relief such as temporary supply agreements is appropriate to facilitate structural relief, the manual says. But the DOJ disfavors imposing restrictions on the merged company's right to compete in the final output markets or against the divestiture buyer, even as a transitional term.

Firewall provisions to prevent information from being disseminated within a firm are also infrequently used, the DOJ said, because “no matter how well crafted, the risk of collaboration in spite of the firewall is great.” In weighing a firewall, the DOJ said it will work to ensure that it fully walls off information and to establish a carefully designed enforcement mechanism.

The 2004 document was much more similar to this one, but it said certain vertical deals in particular “simply may not be amenable to any type of structural relief,” and also described types of stand-alone commitments, including firewalls, fair dealing and transparency provisions.

In announcing merger settlements over the last few years, Delrahim has repeatedly emphasized the structural nature of companies’ concessions. The complex T-Mobile-Sprint remedy raised some eyebrows given that it requires third-party Dish Network to build a national wireless network, but the fix involved an extensive divestiture package.

The DOJ’s manual also adds language on “upfront” buyers, saying that identifying one is particularly important when the assets being sold are less than a stand-alone and ongoing business; they are susceptible to deterioration; the divestiture is primarily intellectual property or other limited assets; or the business is so specialized there will likely be few acceptable buyers.

It says the sale must not cause competitive harm, the DOJ must be certain the buyer will have incentive to use the assets to compete in the relevant market, and the buyer must have sufficient “acumen, experience, and financial capability” to compete effectively in the long-term in the market.

In some cases, a private equity purchaser may be preferred, the DOJ also said, citing a US Federal Trade Commission study of merger remedies.

“Private equity purchasers often partner with individuals or entities with relevant experience, which may inform the Division’s evaluation of whether the purchaser has sufficient experience to compete effectively in the market over the long term,” the manual says. “The Division also will evaluate any links between purchasers with relevant experience and other competitors to assess whether the purchaser has any disincentive to use the divestiture assets to compete in the relevant market.”