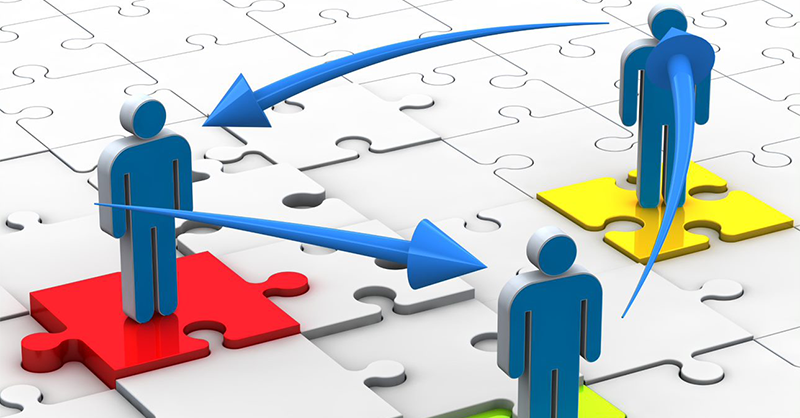 When National Australia Bank announced this week its plan to acquire Citigroup’s Australian consumer business in a A$1.2 billion deal ($880 million today), it came with little fanfare.

Perhaps that’s because it follows Square’s announcement last week that it would acquire Australia’s buy now pay later success, Afterpay, for an historic $29 billion — the largest deal in Australian history.

Or maybe it was because, in the words of Citigroup Chief Executive Officer Jane Fraser, the move comes as Citigroup focuses “resources on businesses where we have scale and competitive advantages.” Citigroup’s consumer business is not the bank’s focus.

But scratch the surface of the investor presentation that NAB published on the Australian Securities Exchange this week and the more interesting aspects of the deal become evident.

If the companies win regulatory approval for the deal, it will result in the second-largest credit card provider in Australia. The acquisition would also grant NAB access to the transaction data of around 1 million extra customers.

Data aggregation is an increasing concern for regulators around the world when they review mergers. Add to that the years of criticism leveled at Australia’s financial industry for its lack of competition, and this deal is more complicated than its value suggests.

The Australian Competition & Consumer Commission, or ACCC, hasn't yet started its public review of the deal, but when it does, the probe into NAB’s play for Citigroup’s local assets will play out against a backdrop of increased regulatory pressure on, or even downright hostility toward, the banking industry in Australia.

At the heart of this lie concerns that Australia’s “four pillars” policy on the banking sector, which protects the country’s largest banks from takeovers, has harmed competition because these industry giants no longer feel the need to fight to attract new business.

The four-pillars policy, formulated in the 1990s, meant that there could be no further consolidation of Australia’s top-four banks: Commonwealth Bank of Australia, Westpac Banking Corporation, NAB and Australia New Zealand Banking Group.

These policy settings have come under intense criticism over the past three years.

In 2018, the Productivity Commission, Australia’s top economic adviser, published a scathing report on the banking sector, arguing that what banks passed off as competition was merely “persistent marketing and brand activity” promoting “barely differentiated products”.

The Productivity Commission singled out the Australian Prudential Regulation Authority, or APRA, for criticism, saying that the agency’s emphasis on stability at the expense of competition was part of the problem. The research agency argued that the ACCC should be granted a greater role in overseeing the sector.

Later that year, the ACCC released its report on Australia’s mortgage market, in which it concluded that the banks’ “accommodative and synchronized approach” to pricing was being enabled by “the oligopoly market structure” of an industry dominated by four players.

In early 2019, the Australian government was forced to respond to the damning findings of an independent commission of inquiry, which found that the banks had embraced ethically questionable and at times illegal practices in dealing with the public.

In February that year, the ACCC responded to the growing competition concerns by revamping its internal financial-services unit, with ACCC Chairman Rod Sims referring to the sector as a “cozy oligopoly” that was preventing large second-tier banks from competing.

In a statement to MLex earlier this week, Sims gave some initial indications of what will likely be the focus of the ACCC’s review of NAB’s Citigroup acquisition when it gets underway.

“We will be carefully considering credit cards, including white label credit cards, among other areas of overlap,” Sims said, adding that “Citi is a major credit card issuer.”

Sims said that industry competition is muted and that Australia’s major banks have been seen to accommodate each other rather than compete aggressively.

The country’s top competition official was quick to say that past acquisitions, “where the majors purchased smaller banks should not be taken as an indication of our position on future possible transactions. Those decisions were made in very different market conditions.”

The ACCC said in March that it wouldn’t oppose NAB’s acquisition of Australian online lender 86 400 because it didn’t expect the deal to lead to a substantial lessening of competition.

NAB’s move on Citigroup’s assets also marks the first significant test of the relationship between the ACCC and the country’s banking regulator since the 2020 signing of a revised memorandum of understanding between the two agencies.

The agreement emphasizes “proactive information sharing and collaboration” and was significant because the ACCC and the Productivity Commission have criticized banking regulation for its emphasis on stability rather than competition.

In launching the revised MOU, APRA Chairman Wayne Byres said that while his agency’s mandate required its primary focus to be on “financial soundness and stability,” this needed to be balanced with other considerations, including competition.

It’s also worth noting that the deal comes as Citigroup continues to navigate a major criminal lawsuit — as well as the costs involved in a complex legal matter — set to go to a jury trial in 2022. The bank, as well as three individuals associated with it, is facing criminal-cartel allegations for its involvement in a 2015 Australia & New Zealand Banking Group share placement.