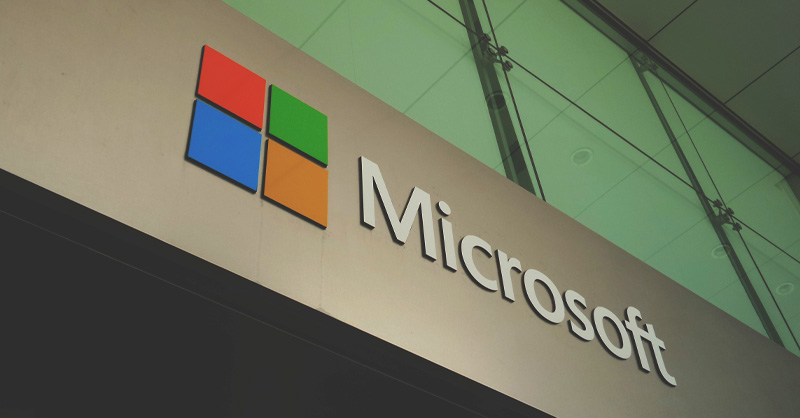 Microsoft’s planned purchase of Chinese-owned app TikTok probably won't face the antitrust resistance that seems to meet all Big Tech acquisitions in the EU these days.

In part, that’s because the Silicon Valley software giant isn't a major collector and user of consumer data. That's in contrast with Google and Facebook, which have built two of the world’s most valuable businesses by selling advertisers the ability to precision-guide their messages to Internet users.

And in part, it’s because Microsoft can't plug the popular video-sharing service into one of its market-leading software businesses in any obvious way, given they cater to corporates. Had Apple, for instance, made a move for TikTok with plans to integrate it into the iPhone ecosystem, the story could be different.

In recent times, competition regulators have borne down on any significant transactions struck by giant tech companies — and even on some seemingly insignificant ones.

Microsoft hasn't been completely spared the attention. Its 2016 takeover of LinkedIn raised preliminary concerns in Brussels that the software giant and antitrust offender could favor LinkedIn by pre-installing the software with its Windows operating system and by degrading interoperability for rival platforms. That threatened a full-blown competition probe.

But the software maker founded by Bill Gates and Paul Allen made concessions to the European Commission to secure approval, including allowing computer makers to install competitors to LinkedIn.

That LinkedIn deal saw Microsoft foray outside its comfort zone by buying up a social network — albeit one for professionals. The mooted TikTok deal would take the company even further from its mainstay.

And Microsoft's businesses and TikTok’s social video-streaming platform are so far apart, that it makes it hard to envisage issues similar to those in the LinkedIn review arising. The Chinese-built mobile app isn't designed for use on personal computers, and Microsoft's presence on mobile devices is, at best, small.

The TikTok app enables users to upload short videos — usually, they last about 15 seconds. The platform has been downloaded more than 2 billion times worldwide, according to SensorTower, touching on 100 million in India and 50 million in the US this year.

It's popular with teenagers, a constituency coveted by Facebook. A well-known use-case is to post videos of dancing in sync with music. The most popular account-holder, dancer Charli D'Amelio, has more than 76 million followers and has attracted 5 billion likes for posts.

Microsoft’s talks to take over certain TikTok businesses emerged after US President Donald Trump threatened to ban the Chinese-owned app from the US. While the software giant has said publicly it's exploring the acquisition of TikTok’s businesses in the US, Canada Australia and New Zealand, the Financial Times has reported that it's also considering buying TikTok’s European operations.

In the final quarter of last year, TikTok generated $50 million in revenue, according to Apptopia, primarily through sponsorships and sales of coins to users, who can tip their favorite performers. The company has explored selling premium advertising opportunities to brands, and the data it collects on its users could presumably be used to target ads.

Its revenue is expected to hit $1 billion this year, and investors put its value at $50 billion, according to Reuters.

Given TikTok’s limited revenues, it’s hard to see such a deal being notifiable to the EU’s merger authority in Brussels.

It’s easier to see the transaction being caught by the UK’s watchdog, which can review mergers that affect a significant share of a given market. Most recently, that allowed the UK's Competition and Markets Authority to scrutinize Facebook’s buyout of Giphy, which produces seconds-long videos used in messaging services.

Other European jurisdictions have similar rules and could ask the commission to review the deal, which is how the EU regulator ended up scrutinizing Apple’s takeover of tiny music-discovery company Shazam.

That said, it's hard to get away from the key point: Microsoft is the world’s pre-eminent supplier of operating systems for personal computers. It has a suite of software to edit documents, spreadsheets and presentations that's primarily targeted at the corporate world, as well as an email server. It's also a major player in cloud storage.

Alongside LinkedIn, it has generated revenues through subscriptions, online advertising and recruitment tools, and through the search engine Bing, which brings income in targeting ads.

Yet even these, its consumer-facing businesses, seem a long way away from short videos of Charli D’Amelio dancing to rapper Drake.

The upshot is that curiosity, rather than antitrust concerns, is likely to be the driver of any competition scrutiny of any Microsoft-TikTok deal in Europe.