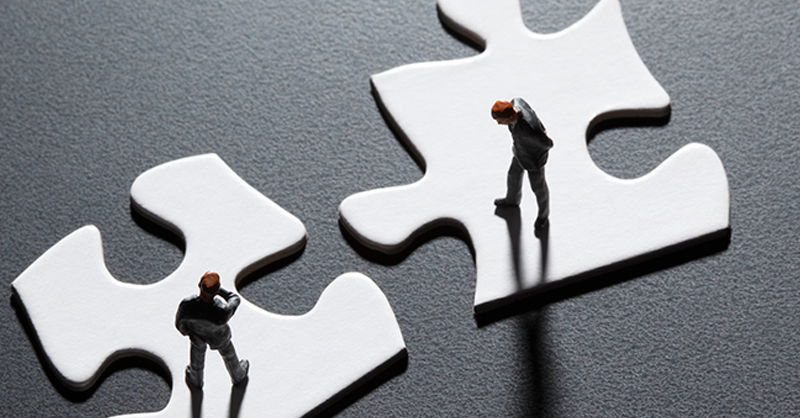 If the European Commission has seemed more hesitant to block mergers lately, trace that back to its 2020 court loss to CK Hutchison.

Since becoming EU competition commissioner in 2014, Margrethe Vestager has always said that her decisions have to be legally watertight, but with the final outcomes of court challenges to her early merger decisions only starting to land in recent years, many observers say they have detected a more cautious tone.

A glaring recent example? The Cargotec-Konecranes merger, which was approved by the EU regulator in February but collapsed a fortnight ago under the weight of opposition in the US, the UK and Australia.

The commission's new diffidence could have widespread ramifications for the international competition-law order, where for a long time it has been seen as the toughest sheriff in town.

That reputation for hardness started to gel by about 2015. The commission regularly blocked deals, including United Parcel Service’s bid for TNT in 2013, CK Hutchison’s bid to buy UK mobile operator O2 in 2016, and London Stock Exchange’s merger with Deutsche Börse in 2017.

The high-water mark was 2019, where it made three bold veto decisions in the face of strong political and legal opposition: Siemens-Alstom, Wieland-Aurubis and Tata Steel-ThyssenKrupp.

It was such a tough interlocutor that many suitors — think Celanese-Blackstone — threw in the towel. Countless others never got off the ground after being discouraged in preliminary contacts with the EU watchdog.

And even when Vestager cleared mergers, her enforcers often exacted extensive conditions based on novel theories of harm, epitomized by the 2017 Dow-DuPont deal, cleared with an extensive remedy package designed, among other things, to address concerns about “innovation”.

Then came the 2020 CK Hutchison court ruling, where the EU’s lower-tier General Court overturned the commission’s block on its O2 UK deal.

Judges said the commission needed to show there was a “strong probability” of harm and there had to be something “standout” about the company being taken out of the market. That made it more difficult for the commission to oppose a merger in a concentrated industry, unless the merged entity would end up dominant after the deal.

In speeches, top officials from Vestager's department, including head of mergers Guillaume Loriot, complained that the judgment had set EU merger control back decades, forcing the commission to clear deals, unless there is a "strong probability" they would harm competition rather than on the balance of probabilities.

Since then, the commission has blocked only one merger, between Hyundai Heavy and Daewoo Shipbuilding — a deal that raised so many red flags that the decision was rendered uncontroversial. To be fair, there have been other deals — including two airline mergers and a cruise ship-building deal — that collapsed after it became clear the commission wouldn't approve them.

But in other high-profile cases, the commission has shown a willingness to entertain remedies rather than prohibit mergers outright. Critics say that was the case with Google’s $2.1 billion takeover of the fitness-tracker maker Fitbit, cleared on the kind of behavioral commitments that make other authorities blanch.

The mismatch came to a head again last month, with Cargotec’s $5 billion merger with rival container handling equipment giant Konecranes: Weeks after the commission cleared it, the UK's competition authority blocked it. Both regulators agreed that the deal raised extensive competition concerns, but while the EU regulator felt the companies’ remedies addressed them, the CMA did not.

The contradiction in regulatory outcomes in that case was particularly glaring because the two regulators were reviewing the same products and markets — they were viewed as Europe-wide — as well as the same remedies.

Questioned on the contradiction, Vestager insisted that the commission doesn’t have the “discretion” to block deals when it has market-tested the remedy and has received positive feedback. She said the commission can’t wield a veto that may not stand up in court, and it can’t just ignore remedy proposals that companies offer.

Vestager cares about the legal logic of her enforcers' decisions; it’s her oft-repeated mantra that her decisions have to “stand up in court.”

Other regulators don’t seem to feel the same constraint. For instance, the UK’s CMA is held to a “judicial review” standard by the Competition Appeal Tribunal, meaning that a decision will stand unless it is illegal, irrational or procedurally flawed. So far, only one company has managed to successfully overturn a CMA merger decision: JD Sports, with limited impact.

The ramifications here are that the EU’s reticence is driving different outcomes in the regulation of global deals; an uncomfortable situation in the face of a chorus of calls for regulators to crack down on mergers, full stop.

The discrepancies in the outcomes of reviews of cases such as Cargotec-Konecranes and Google-Fitbit were the topic of a panel at a conference* in Washington last week. "We have to do something about this at the enforcers' level," Hardin Ratshisusu of the South African Competition Commission said, with Andreas Mundt, head of Germany’s Bundeskartellamt, saying he “could not agree more”.

Speaking at a different event**, Mundt cited his 2021 joint statement with UK and Australian regulators highlighting the need for strong merger enforcement and cautioned against accepting behavioral remedies. “Today I have the impression we work with a presumption — driven very much by lawyers and companies — that mergers are always good and they always create efficiencies, but that is not a presumption for us as agencies," he said. "I firmly believe that efficiencies have to be proved and that the burden of proof must remain high.”

Where the future lies could well circle back to CK Hutchison. The commission's appeal of the 2020 ruling is pending at the EU Court of Justice, which may partly explain its reserve: With a critical judgment day on the horizon, the commission seems to be lying low, hoping judges will feel comfortable restoring the regulator's whip hand.