M&A, US HSR filings expected to remain hot through first half of 2021; bankruptcies, volatility a concern 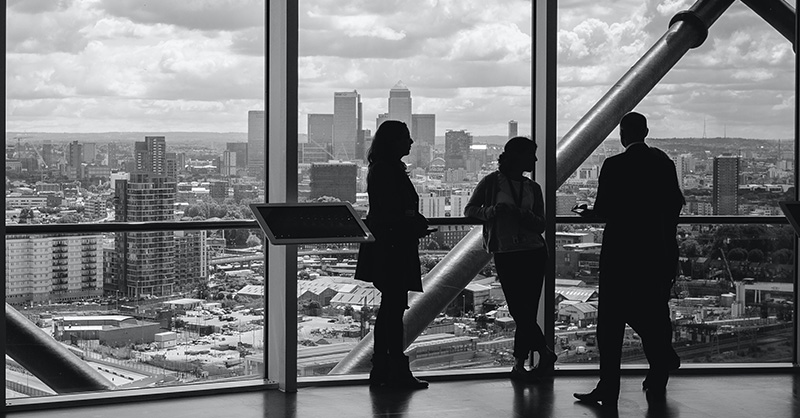 Mergers and US antitrust filings are expected to remain strong through the first half of 2021, fueled by companies with strong balance sheets acquiring weaker competitors in the wake of the global pandemic.

“I think you’ll see the big getting bigger, to the extent antitrust permits, because they will have the resources and cash to pick off the pieces of what is left of the more traditional economy,” said Tony Balloon, a partner for  financial services at law firm Alston & Bird.

“There is optimism,” Bartell said about deal activity in 2021, “but with people paying attention more than ever before to daily and weekly sentiment with the willingness to pivot immediately should something negative come out.”

Once most in the country have been vaccinated for the coronavirus, and once Congress and the Federal Reserve stop propping up the economy, Wall Street will take stock of what’s left of the core economy and revalue companies.

US competition officials say regardless of what happens in the economy, they will continue to keep a close eye on consolidation, ensure that divestiture buyers are viable and maintain their skepticism of failing-firm defenses.

“We will not suspend our usual rigorous approach to ferreting out anticompetitive harm and seeking appropriate relief, even in the face of uncertainty,” Ian Conner, director of the FTC’s Bureau of Competition, said early in the Covid-19 pandemic. “It might be tempting, for example, for parties to urge us to relax the rules in a time of crisis. But we know what the likely long-term negative consequences of such a reactionary policy would be: fewer competitors, reduced innovation, and higher prices. Therefore, we must stay the course.”

Consultants say fintech and healthcare are two areas likely to see strong M&A and antitrust activity in 2021, while energy will become a wildcard as markets adjust to President-elect Joe Biden’s new policies on drilling, fracking, renewables and the environment.

The second half of the year is harder to predict. Companies that survived Covid-19 with the support of lenders and noteholders, but that don't gain momentum by the end of the first quarter, will face pressure from their creditors to restructure their debt, Bartell said.

The consumer market is another factor that could affect M&A activity and US antitrust filings.

While Wall Street has been riding high, there has been significant damage for Americans who have lost jobs, had pay and bonuses reduced and who might experience further layoffs due to consolidation or the permanent elimination of their jobs.

“The masses have faced serious challenges and there are still great headwinds. It’s not a great picture. And then you go to the capital markets and it’s like the Roaring 20s,” Bartell said. “That’s because the companies in the S&P are darlings; fantastic, well-managed companies that are globally diversified. Their balance sheets are cash-rich with little debt. The companies are in the position to still own their turf and acquire weaker competitors.”

But there is also a strong movement to curtail corporate consolidation. Tech platforms such as Facebook and Google have been sued for potential anticompetitive efforts, and Democrats in Congress have been pushing for legislative changes to US antitrust laws. US antitrust authorities will also be under pressure from foreign jurisdictions to curtail the growing power of technology companies.

An increase in US merger activity at the end of 2020 may presage a merger surge in 2021.

US regulators received 424 premerger filings in November, marking the most that month since November 2001 in the aftermath of the World Trade Center attack.

During the spring and summer of 2020, companies were more concerned with continuing their operations than expanding. Workers began operating from their homes using software from companies such as Zoom and Microsoft. Business travel slowed as employees worked from home, and millions were laid off.

Balloon said 2020 turned out to be a better year than expected, given the impact of the global pandemic. While companies will remain active in the merger market, there will likely be more bankruptcies than HSR filings, he said.

“Most people are making the assumption that 2021 is going to be a bit of a rough ride,” Balloon said. “There is at least one scenario that sees traditional Main Street as a smoldering crater at the end of all this.”