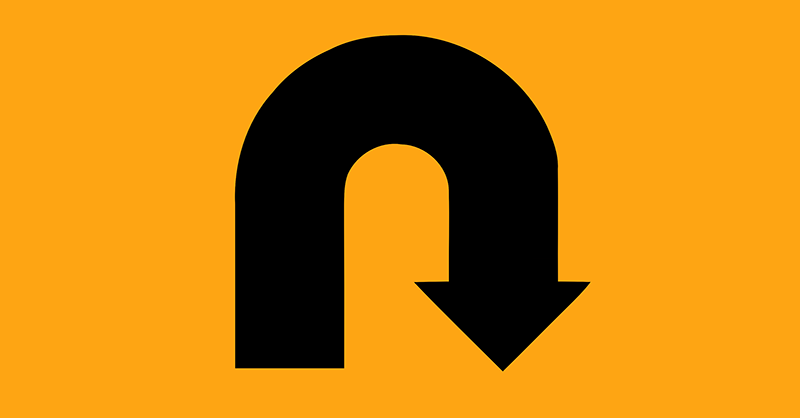 Illumina may have been the first, but it likely won't be the last company caught by the EU merger regulator’s recent policy U-turn to welcome referrals from national regulators of deals that don’t otherwise meet its jurisdictional thresholds.

The European Commission's approach was roundly endorsed by the EU General Court today, and unless Illumina can persuade the bloc's highest judges to overturn the ruling in an appeal that could take years, it looks here to stay — making life more difficult for Big Tech and other dealmakers.

Since EU competition chief Margrethe Vestager announced the change in policy in September 2020, the commission has been steadfast in insisting it has always had the power to accept the referral of non-notifiable deals under Article 22 of the EU Merger Regulation.

Illumina and other critics have argued that this stance distorts Article 22, taking it out of context and using it for a purpose that was never intended. Article 22 is colloquially referred to as “the Dutch clause” because it was initially meant to enable referrals of deals by countries without merger-control regimes of their own — such as the Netherlands at the time.

Yet in today’s judgment, the court upheld the commission’s reading of Article 22 in every respect: on the basis of a literal reading of the text, on the basis of its history and the context of its adoption, and from the perspective of its purpose.

The court found that a literal reading doesn't say that any national competition authority can only refer a merger to the EU watchdog if it falls within the scope of its national merger-control regime. Rather, the court said, the text makes clear that a national authority is “entitled to refer any concentration to the commission which satisfies the cumulative conditions set out therein, irrespective of the existence or scope of national merger-control rules.”

Similarly, the court was not convinced by arguments that this “Dutch clause” was intended to apply only to countries of the bloc without their own merger-control systems, saying “there is nothing in that regulation to indicate that the EU legislature intended to reserve that mechanism for those aforementioned states or to favor them in that regard, in particular in a situation such as that in the present case.”

And from the perspective of the overall objective of merger control across the EU, the court said using Article 22 in this way makes sense, saying that “referral mechanisms are an instrument intended to remedy control deficiencies inherent in a system based principally on turnover thresholds which, because of its rigid nature, is not capable of covering all concentrations which merit examination at European level.”

It called Article 22 a “corrective mechanism,” a “subsidiary power of the commission which confers on it the flexibility necessary to achieve the objective of that regulation, which is to permit the control of concentrations likely significantly to impede effective competition in the internal market.”

Illumina and other critics also argued that using the referral mechanism in this way undermined the efficiency of the merger-control rules and created legal uncertainty for companies. The EU used to be a jurisdiction where companies could unambiguously verify on their own whether they had a filing obligation, it said, but the new policy inserts legal uncertainty.

But the court was not moved by that argument, saying the commission’s decision to accept the referral “does not alter the clear allocation of competences between the national authorities and the European Union based on the turnover thresholds.”

If the thresholds have not been exceeded, the court said, it is only a national authority which has jurisdiction or can make a referral request; the parties are “therefore not required to notify that concentration to the commission” and “not likely to be subject to penalties in the event that the concentration is not actively ‘made known’” to that national authority.

“Accordingly, the competent authority can be identified in a way that is foreseeable,” the court said, and it added that fears that transactions would be called in “long after implementation” were unfounded. Because of the specific time limits in Article 22, “observance of the principle of legal certainty is ensured,” the court said.

Turning to those time limits, the court also dismissed Illumina’s arguments that the referral request — made by the French competition authority — should be ruled out of time. According to Article 22, a national watchdog has 15 working days to make a referral from the moment a concentration was “notified, or if no notification is required, otherwise made known to the member state concerned.”

Although it had no notification obligation, Illumina said the deal had been “made known” to France in various ways, for instance when the deal was publicly announced on Sept. 21, 2020, and through the activities of other competition authorities, notably in the UK and US in the autumn of 2020 and early 2021. In that light, the French referral request of March 9, 2021, came far outside the 15-working-day deadline, Illumina argued.

The court said that for the US biotech giant to rely on publicization of the deal by press releases and media coverage referred to an “extraneous” element.

“Neither the commission nor the competition authorities of the member states are required to seek information actively on concentrations which may be examined under that system,” the court said. Rather, the court said, the starting point for the time limit “depends on the active transmission of relevant information.”

In this case, that was the moment the commission sent France its “information letter,” in which it presented Illumina’s Grail acquisition and explained the reasons why it had found that the concentration appeared eligible for an Article 22 referral, and invited the French authority to do so. Since that information letter was issued on Feb. 19, 2021, France’s March 9 referral request was made within deadline, the court said.

That said, the court did criticize the commission for only sending the letter in February after having received a complaint at the beginning of December. It said the commission had been in a position to have acted faster.

“Having regard to the fundamental objectives of effectiveness and speed pursued by the EU merger-control system and the circumstances of the present case, a period of 47 working days, which elapsed between receipt of the complaint and the sending of the invitation letter, does not appear to be justified,” the court said.

That failing, however, would only result in the annulment of the decision if it had compromised Illumina’s rights of defense, which wasn’t the case here, the court said.

It considered that Illumina had been “informed long before the contested decisions were adopted, which took place on April 19, 2021, and had several opportunities to make known their views during the administrative procedure leading to the adoption of those decisions.”

Beyond its systemic arguments, Illumina had also argued that the commission’s stance was unfair to it specifically.

It was the first “victim” of the commission’s volte face, and Vestager had previously indicated in a speech that the new policy wouldn’t come into force until guidelines had been put in place. Yet the commission applied its new policy to a deal concluded well before those guidelines came out in March 2021, meaning that Illumina could not take them into consideration when negotiating its deal and deciding which regulators it had to approach.

But the court said that in order for Illumina to claim it had “legitimate expectations” about when the Article 22 policy would change, it would have to have had “precise, unconditional and consistent assurances originating from authorized, reliable sources.” Illumina did not claim to have those, the court said, and indeed did not have them, either for its specific deal or in general.

Referring to Vestager's speech, the court noted that Illumina couldn’t “rely on the reorientation of the commission’s decision-making practice,” particularly in light of the established right of national competition authorities to make such referrals.

Asked about today’s ruling, a commission spokesperson told MLex that it "endorses the commission’s recalibrated approach to referrals under Article 22 of the EU [Merger Regulation]. The commission will continue to apply its March 2021 guidance.”

With the court’s imprimatur, the regulator need not hold back. It has argued in particular that this method is an essential tool for reviewing deals that otherwise might slip through the cracks, such as “killer acquisitions,” where a company snaps up an innovative would-be rival that might not yet have sufficient revenue to trigger review.

The EU regulator has downplayed the significance of its Article 22 policy change, saying it will only apply to exceptional cases and will not open the floodgates.

That stance may be tested, though, judging from the reaction today by French competition authority head Benoît Coeuré, who tweeted: "Looking ahead, Article 22 will be a powerful tool to fight against killer acquisitions, including by digital gatekeepers, in combination with [the Digital Markets Act]."

That should put Big Tech platforms targeted by the DMA — Google, Meta Platforms, Amazon and others — on notice.

More generally it will mean dealmakers won’t be able to rest easy when their deal falls below notification thresholds, and would be well advised to take additional steps — actively informing the commission and potentially a range of national competition authorities — to avoid unwelcome surprises.