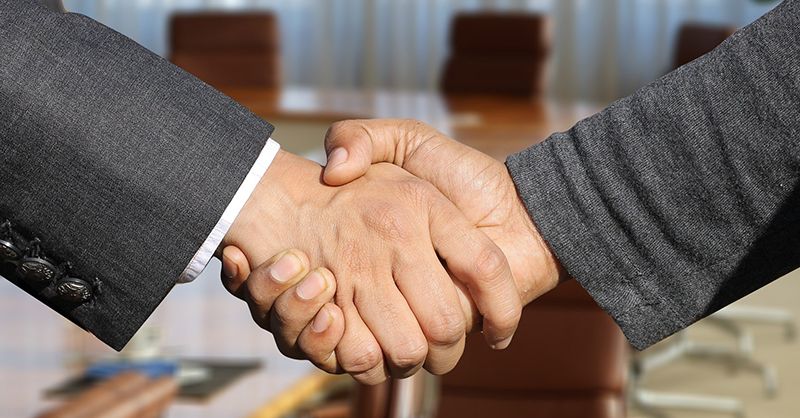 News that chipmaker Broadcom plans a $61 billion buyout of cloud giant VMware might give observers a feeling of déjà vu: Doesn't this look a lot like Nvidia’s bid to acquire British software designer Arm?

That deal also involved a giant in the semiconductor field acquiring an intellectual-property jewel for a huge price tag, in Nvidia's case north of $40 billion. In that case, horizontal overlaps — head-to-head competition — were not the main event.

California-based Nvidia, a leader in graphic-processing units used in PCs, wanted to acquire UK chip designer Arm, whose products power 90 percent of the world's smartphones and a quarter of its electronic devices.

Those competitors came out in force to oppose the deal.

Their concerns centered around: Would Nvidia share Arm’s licenses with its competitors post-merger to maintain a level playing field? Or would Nvidia be more inclined to foreclose its rivals’ access to Arm’s IP to gain a competitive advantage in the resulting products?

The transaction was reviewed in the US, EU, China and the UK, in addition to a national-security review in the UK. And every major merger control watchdog raised issues with the merger.

Similarly, horizontal overlaps probably won’t be the main issue in the antitrust review of the Broadcom-VMware deal announced yesterday. Broadcom is primarily known as a semiconductor maker, most notably powering Apple’s iPhones and iPads, running industrial equipment and data centers.

California-based Broadcom does also have a software business. In fact, for the past four years or so, it has been diversifying away from semiconductors and into enterprise software. In 2018, it bought CA Technologies for $18.9 billion, and in 2019 it bought Symantec’s security division for $10.7 billion. Between them, the divisions now account for roughly 50 percent of Broadcom’s revenues.

"We are creating one of the world's largest infrastructure technology companies," Broadcom Chief Executive Officer Hock Tan said on a conference call yesterday. "With the addition of VMware, our software business will now represent close to half of our total pro forma revenue, with approximately $20 billion of software revenue for fiscal 2021."

But the software that Broadcom makes doesn’t overlap with the highly specialized area of software for which VMware, also based in California, is known. That is as a pioneer of virtual software that allows users to access servers remotely.

Regulators in the US and Europe in particular are likely to look at the conglomerate implications of the deal, whether it would give Broadcom a portfolio of products and services that it could bundle in an anticompetitive way.

In the US, it hasn’t been determined which agency will review the deal — the Federal Trade Commission or the Department of Justice — but either is certain to lean on customers and competitors for specific examples of where Broadcom has taken neutral products and withheld them from rivals, or demonstrated some form of exclusionary conduct or strategy that could be applied again once it controls VMware.

Without clear examples and a witness to testify in federal court, the government could struggle to present a winning case.

While the companies largely don’t have overlapping products, though, their wares are often used together. For instance, data centers — massive servers that power cloud-computing services — are a big part of both companies’ business. Data centers need both Broadcom’s chips and VMware’s software to operate. VMware’s software lets engineers manage their data center servers from anywhere.

In that case, Nvidia’s competitors — the likes of Intel, Google and Microsoft — were Arm’s customers and treasured its “neutrality.” Recall that Nvidia's planned purchase of the British chip designer was scuttled at least partly after facing severe resistance from industry players.

Likewise, Broadcom can expect opposition from a similar cast of characters, as well as from cloud computing companies such as Amazon Web Services. They will likely say that many companies need to be able to cooperate with VMware to make their products compatible with its software, and they will not like Broadcom having control of what they consider an essential gateway to the data center market.

Opposition from these kinds of companies plagued — and ultimately doomed — the Nvidia-Arm deal.

At first glance, the Broadcom-VMware deal looks fairly innocuous from an antitrust perspective, but the size of the deal alone, plus its Big Tech trappings, are likely to garner in-depth scrutiny. And Broadcom knows only too well that, right or wrong, regulatory resistance can doom a deal. Its most ambitious takeover attempt — a 2018 bid to take over rival chipmaker Qualcomm for $130 billion — fell apart after resistance from the US administration of Donald Trump.

“We see a lot of benefits in putting all these various franchises we have, hardware and software, under one umbrella,” Tan said yesterday. “The old model was: sell a black box, hardware and software system, to a customer in the IT department, to JP Morgan's IT department. If something goes wrong, hell, you ask for support, you scream for help because you don't know what's going on inside the thing."

"We are creating a model of disaggregation between hardware and software. We may still not know much about systems, but we sure know the technology that enables systems, whether they are switchers, routers, computer storage. Broadcom is a model of disaggregating hardware and software — and combined, I think we are stronger than [we are] divided,” Tan said.

Broadcom is a global technology company that designs, develops and supplies a broad range of semiconductor and infrastructure software products. It focuses on data center networking and storage, enterprise, mainframe and cyber security software focused on automation, monitoring and security, smartphone components, telecoms and factory automation.

VMware is a cloud computing and virtualization technology company. It invented virtualization software, which consolidated applications and workloads on a smaller number of servers, making it easier for servers to handle more than one program.

VMware negotiated a "go-shop" clause into the deal, allowing it to solicit offers from other parties until July 5. Should VMware accept a better offer before that date, it will owe Broadcom a $750 million break-up fee, according to a SEC filing. If regulators block the deal, Broadcom would owe VMware $1.5 billion.

The transaction is expected to be completed in Broadcom's fiscal year, ending October 2023.