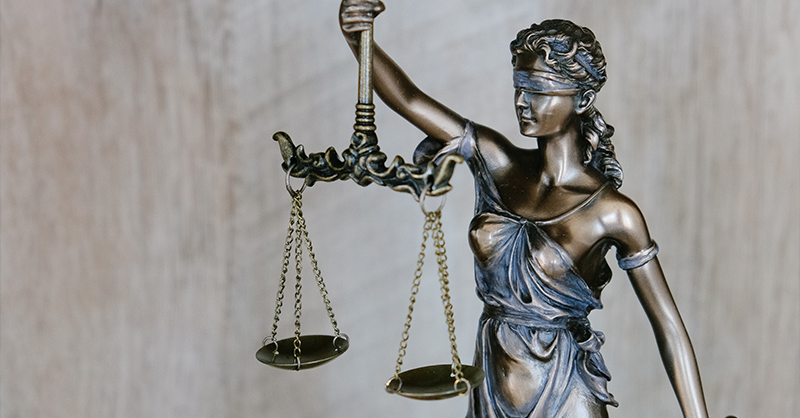 Planned EU rules to police foreign subsidies contain a last-gasp provision for companies that find themselves staring at a possible ban on mergers or tenders: a "balancing" test to weigh the pros and cons of their case.

But exactly how that test would work in practice is shrouded in mystery, and with EU lawmakers and governments only weeks away from a deadline to agree a final shape for the European Commission's proposed regulation, this has emerged as a problem.

Some compare it to the balancing test in EU state aid cases, assessing the effect of government subsidies from within the bloc. But this seems imprecise because of the different goals behind subsidies handed out by non-EU countries — and the lack of guidance has raised fears of a back door to political pressure.

Lawmakers and governments are currently in end-game talks to iron out a final version of the rules, and are pushing to reach an agreement by the end of June, when French officials leading legislative talks in the first six months of this year hand over responsibility to the Czech Republic.

How the balancing test would be applied has become a major sticking point, and they have requested the European Commission to give them guidance.

The commission put forward its proposal for a regulation on foreign subsidies distorting the internal market in May last year. At its heart is blocking companies that unfairly benefit from handouts by non-EU governments from making acquisitions or taking part in public-procurement tenders.

The balancing test is the last layer of scrutiny that companies would have go through before the EU regulator imposes a block on either operation.

First, the companies must notify any support received from non-EU states when they take part in high-value  public tenders or mergers in the bloc. The EU executive can also start a probe on its own initiative if the notification thresholds are not met.

Then it is up to the regulator to determine if the subsidies a company has received are “distortive” for the bloc’s internal market — that they are capable of giving a company an upper hand on a tender or an acquisition or are clearly disproportionate.

Only if the EU regulator still has concerns would the balancing test be used. There are three possible outcomes: the operation passes the test and gets waved through; it fails and is blocked or the company handed a heavy sanction; or the regulator acknowledges some positive effects and mitigates any sanction.

But how it will work?

Lawmakers, EU governments and interested parties all agree that there is such a lack of guidance on how this test would work in theory and practice — including how it will evaluate what are positive and negative effects — that companies can't know what to expect from it.

Reinhard Bütikofer, one of the lawmakers involved in the negotiations, warned at a recent a conference* that the balancing exercise appeared to be at the full discretion of the commission. “Even the disclosure of the justification [for a decision] is at the discretion of the commission. I consider that a major loophole, it gives maneuver space for behind-the-scenes political pressures,” he cautioned.

That is why both legislative bodies want the EU's executive arm to issue guidelines on how to implement this test; with both pushing, they are likely to force the commission's hand.

The European Parliament is willing to give some leeway to the commission, allowing a two-year deadline for issuing guidelines from the moment the regulation comes into force. The Council of the EU, representing national governments, is more strict and wants guidance available from the beginning.

Both institutions have also made explicit that the positive effects taken into account on the balancing test should apply in the internal market.

They say that EU policy objectives, including social and environmental standards and the promotion of research and development, should play a role in the instrument by featuring as positive effects in the balancing test.

Commission officials are not on board with this idea, worrying that it could be seen as discriminatory and risks breaching the rules of the World Trade Organization, MLex understands.

A key question in the state aid balancing exercise is to assess whether or not a subsidy granted by an EU country helps to achieve an objective of common interest for the bloc. It seems fair to evaluate this, as EU states are expected to be seeking the wellbeing of the bloc as a whole.

But when a foreign country grants a subsidy to a company one of the last things it thinks about — if it does so at all — is how it might benefit the EU.

If this balancing step gets transposed into the foreign subsidies tool, companies might need to resort to more elaborate explanations to get away with their purpose.

Another situation where application of the balancing test is murky is in cases where a participant in a public-procurement tender has benefited from distortive foreign subsidies, but it is also the only one bidding for the tender.

What to do? Block it and leave, for example, a key national infrastructure plan paralyzed indefinitely? Not hampering a big public project could be seen as a positive effect in favor of an only bidder that has received distortive foreign subsidies.

But this doesn’t translate into a free pass for all single-bidder cases. The regulator could still block the award of a tender if it has reason to believe that other companies didn't bid precisely because they knew a heavily subsidized company was in the running.

The big question for the commission, though, would be how it could prove this intimidation factor.

With all of the questions around the balancing test, the commission will inevitably feel most comfortable if it has leeway to get its regulation into law and start enforcing it, then fine-tune guidelines once it has built up experience case by case.

That will be of no comfort for companies left in the dark in the meantime. Whether the commission can be persuaded to relent or not will become clear at the end of this month.

*The protection against foreign subsidies distorting the internal market, Cleary Gottlieb, Brussels, May 5-6, 2022.