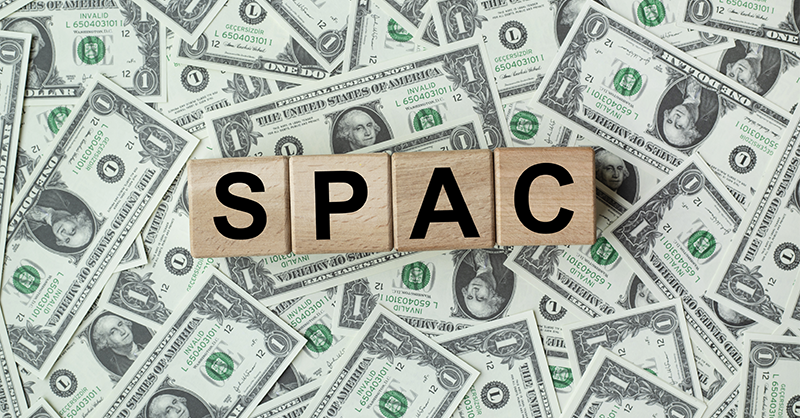 The business models of special purpose acquisition companies, or SPACs, leave “room for improvement,” the head of a new global regulatory network looking at the burgeoning market in empty-shell investments has told MLex, citing concerns over governance, transparency and outlandish pay packets.

Worries over investor protection and disorderly markets caused the International Organization for Securities Commissions to set up the network in July, and it may consider further guidance later this year, its chair Jean-Paul Servais said in an interview with MLex.

SPACs — which raise funds from investors without first setting out a clear business strategy — have taken off in recent times, prompting action from regulators such as the UK’s Financial Conduct Authority, the US Securities and Exchange Commission, and even watchdogs in Servais’ home country of Belgium.

While the inaugural meeting of the Iosco network was only held on July 26, Servais, who chairs the Belgian Financial Services and Markets Authority, already has a few ideas about how to stop investors getting ripped off via complex or opaque structures.

“My opinion is that there is quite some room for improvement in the model … in terms of transparency, governance and dilution” of individual shareholders’ stakes, he said.

In more conventional market-based fundraising, such as initial public offerings or IPOs, would-be investors are sent copious information about company strategy — but many SPACs are a mere piggybank, holding cash until the management decides what kind of company to buy.

They're popular in the tech sector, where more speculative projections of future revenues can make IPOs unsuitable — but also extend into other fields. For example, business magazine Forbes said yesterday it had been acquired by Magnum Opus, a SPAC focused on consumer, tech and media segments.

Servais doesn’t want to outlaw SPACs altogether, but they will have to show they are more than a mere way of circumventing regulatory requirements to furnish investors with a detailed prospectus.

“The objective of this [Iosco] network is not to prohibit or to close the market,” he said. “We know that the SPAC is an interesting alternative for funding private projects.”

“I wouldn’t say that the business model of a SPAC means a loophole,” he said, but added that “a business model is sustainable if it works on a standalone basis without loopholes.”

One concern is that investors might be bamboozled by overcomplex architecture.

“Normally when you decide to invest in an IPO you know what the objective is,” he said. “Are we sure that every John and Mary in the street is able to understand the design structure of SPACs?”

A particular concern is that, as well as selling shares, SPAC sponsors will also award themselves some for free. The resultant dilution of investor assets can, according to a November 2020 study by researchers from New York University and Stanford law schools, cut the value of shares by as much as a third.

“SPAC funders are entitled to receive a fair remuneration for their work,” Servais said. “What we have to ensure is that the reward package may not lead to bad investment, poor governance, or an acceptably unequal treatment of shareholders.”

There may be a scope to soften procedures which require the SPAC to buy within a set time period, typically two years — an extra pressure which could lead them to take hasty or ill-advised decisions, Servais added.

Across the world, regulatory reactions to the SPAC trend so far have been varied.

The SEC has so far limited itself to enforcement, though its chief Gary Gensler has said further guidelines may be on the way.

In the UK, final rules published in July aim to encourage SPACs by letting share trading continue after a target is announced — but sponsors themselves would be barred from voting on acquisitions, which some fear could disadvantage London as an investment hub.

In Belgian rules set out in June, Servais favored restricting the investments to financial market professionals — but in jurisdictions like the US, the co-opting of celebrities like Jay-Z and Serena Williams to SPACs suggest some are trying to catch the eye of ordinary investors.

“You must be sure to have a match between the capacity of the issuer of the SPAC to come with a complex product and, on the other hand, the level of education of investors … if not, there will be a question of trust,” Servais said — but stressed he would be neutral in arbitrating among regulatory approaches that differed from his own country’s.

“The objective is not to think that we will have to copy and paste the regulation from the small kingdom of Belgium…. the Belgian practice is not the benchmark,” he said.

The Iosco network, constrained to act only by consensus, won’t reach conclusions overnight, likely taking stock at the end of this year or early next after a series of monthly meetings.

The outcome could, potentially, include guidance which would allow national regulators to “calibrate” rules and actions, tailored to different kinds of SPAC and national market, Servais said.

“If we think that there is a way forward to develop a high level framework, it can be a top down approach, but on a voluntary basis,” he said. “There is no one sized fits all approach.”