Greenwashing will increase risk of disorderly transition to net-zero, Bank of England warns 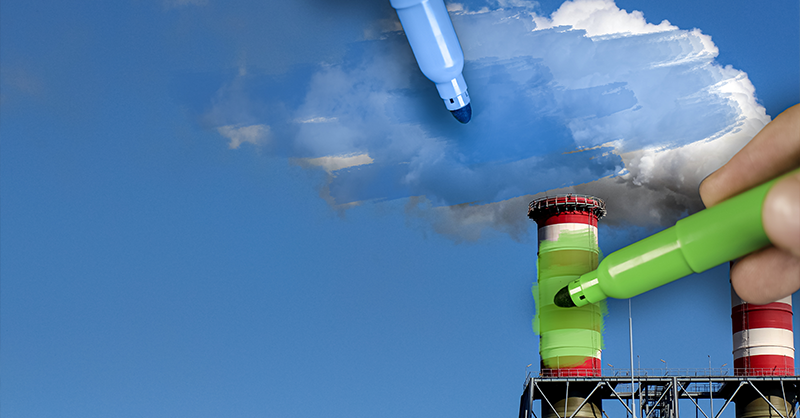 Attaching unsubstantiated environmental, social and governance claims to investment products increases the risk of a late and disorderly transition to net-zero emissions, a Bank of England official said today.

Sarah Breeden, the BOE’s director for financial stability, told a green-finance event* that the impact of greenwashing is not limited to the risk of losing trust in the role of the financial in supporting the transition to net-zero.

“It also matters because of the substantive consequences that if we think we’ve been investing in green but we’re not, we’ve not been making the progress that we need. That then leads to a risk of a late and disorderly transition,” Breeden said.

And last week, the UK central bank published the findings of its first climate stress test. Banks and insurers expect to lose an additional 110 billion pounds ($137 billion) to risks related to climate change if action to reach net-zero is delayed. Costs will be lower if early, well-ordered action is taken, the bank said.

Tackling greenwashing with stricter rules on climate-related disclosures has become central to the debate around green finance in the UK and the EU.

In April, the finance ministry established a joint private-public sector initiative to develop a set of standards for companies’ net-zero transition disclosures.

The plans will detail how a company expects to reach net-zero greenhouse gas emissions by 2050, which is understood to be necessary to keep global warming to no more than 1.5 degrees Celsius, as called for in the Paris Agreement.

Yesterday, the European Securities and Markets Authority published new guidance on sustainability-related risks and disclosures. Terms like “ESG”, “green,” and “sustainable” should only be used in a fund’s name if the term is evidence-backed, and ESG objectives should be clearly identified, ESMA said.

“We don’t have the certainty about the climate policy pathways that we need to be able to support the orderly transition. Neither do we have certainty about the technical environment, the future innovation, that is going to help us drive change. Of course, the world changes, and we might have to adapt transition,” she said.

Greenwashing is a potential consequence of weaknesses with transition plans, said. Another issue is “paper decarbonization” — or focusing on investing in currently green businesses and sectors instead of in those in the process of going green.

“We need to embrace uncertainty,” Breeden said. “We should identify where uncertainty is greatest, where clarity is most needed, and where financing is going to be a challenge.”