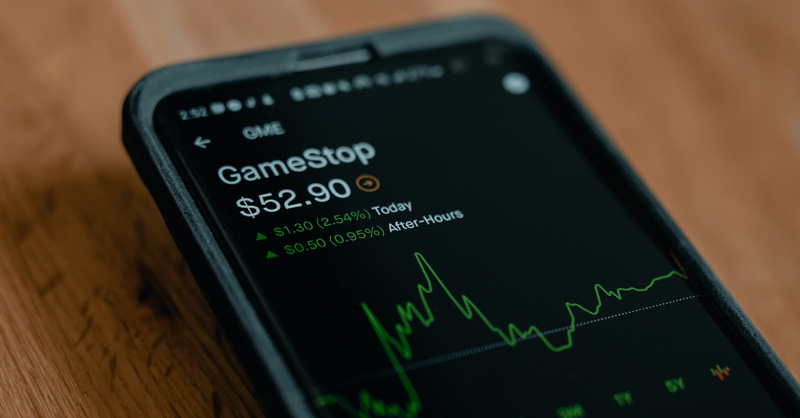 US stock-market volatility and the rise of easy-to-use online brokerages such as Robinhood are causing EU regulators to look at tweaking the bloc's rulebook — despite assurances that the kind of behavior that led to recent spikes in Gamestop shares is unlikely in the tightly regulated bloc.

The EU may soon propose stricter rules on how brokerages can earn money and on limiting short selling, even though policymakers reckon practices such as Robinhood’s "payment for order flow" are already unlawful under the bloc's market-instrument rules, lawmakers were told today.

EU regulators want to encourage traditionally cautious individual investors to plunge into capital markets — but they're struggling with a situation in which loosely coordinated social-media networks like Reddit are being used in a way that starts to resemble market manipulation.

First in the firing line is the controversial business model used by some online brokers, including Robinhood, in which fees aren't paid by clients when buying or selling, but by the dealers to whom orders are directed.

That could never happen in Europe, EU regulators now believe, due to market-trading rules known as Mifid II, which outlaw conflicts of interest, regulate commissions, and oblige them to find the best deal for their clients.

The European Commission’s “preliminary assessment” was that “the combination of the rules of Mifid conflict of interest, inducement and best execution would probably lead to the conclusion that the typical payment for order flow model as we see it would be illegal or non-authorized in the EU,” Ugo Bassi, the commission’s director for Financial Markets, told the European Parliament's Economic and Monetary Affairs Committee today.

“Should we come to the conclusion that more needs to be done there are possible countermeasures we could take in order to be even more clear,” Bassi added, ensuring brokers weren’t hiding the truth from clients or putting them at risk.

Regulators are also looking to tighten up the rules that limit short selling — although funds and other market players are already restricted by EU laws from betting against the fortunes of a stock. Under 2012 legislation, shorting can't be done “naked” but only as a legitimate counterbalance to other exposures — meaning the practice is in general far more limited than in the US.

“We could envisage to reduce the threshold” in any future review, Bassi said, or force short sellers to publish details of their major positions, rather than just disclose them to regulators, as happens now.

Extra rules on shorting could also be introduced to stop ordinary clients getting their hands on risky complex derivatives, as the commission prepares a strategy to woo retail investors for early 2022.

When assessing whether a new product could be marketed to individuals, distributors might also have to “assess the extent to which massive sales of certain derivatives influence prices in the underlying stock,” Bassi said, reducing investors’ exposure to institutional short selling that could cause significant volatility.

Dealers in distorted markets could also see limits on their ability to write options in a practice known as "delta hedging," Bassi said.

The behavior of Robinhood and short-selling hedge funds has led to US Congressional hearings and antitrust suits in the US — but in Europe, regulators aren’t really sure if a collection of loosely connected individuals online could form a sufficiently cohesive group to be guilty of market manipulation.

In a typical "pump-and-dump" scheme, market players would collude, spreading false information to push up prices before selling out, and thereby stinging those who fell for it.

Those conditions may not have been met in this case — and supervisors attempting to prove the contrary are running into the EU’s strict privacy laws.

“Possible risk of market abuse is more difficult as supervisors to go after,” Steven Maiioor of the European Securities and Markets Authority told lawmakers, because it is “difficult to get information from telecom providers.”